'Rolling pill lab' busted after getting stuck on Georgia back road

"The pill mill itself is capable of creating 16,000 pills in an hour," according to Sgt. Ward. 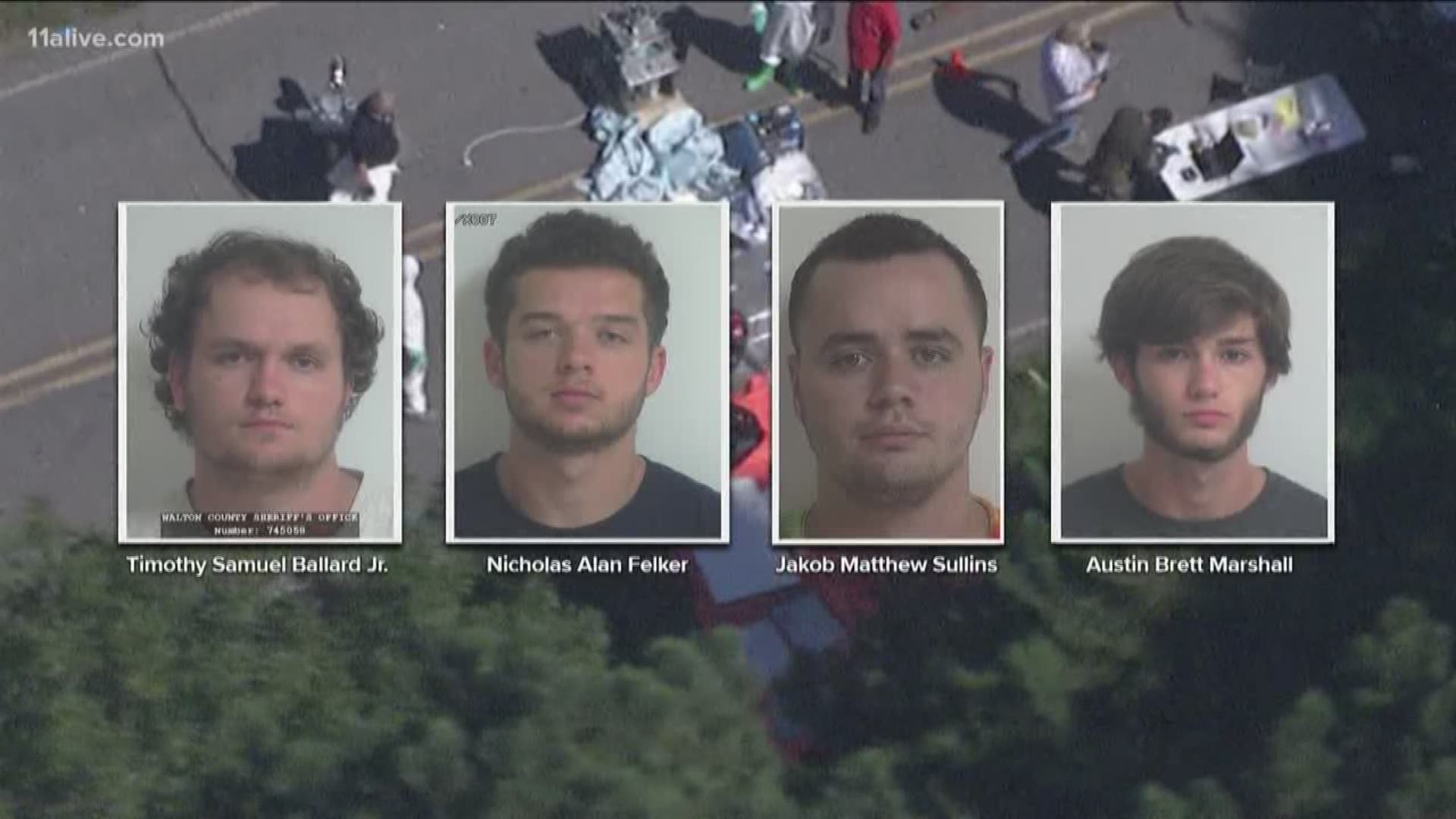 WALTON COUNTY, Ga. -- Deputies and federal agents have made four arrests after a "rolling pill lab" was discovered after getting stuck on a back road in Walton County.

Deputies were the first to discover the lab which was discovered in the back of a U-Haul rental pickup truck that was stuck along Jacks Creek Road near Bethel Church Road. This was found why a deputy was making a traffic stop.

They were allegedly hauling the mobile pill mill with with anti-anxiety and panic narcotic, Alprazolam, in both pill and powder form. The drug, prescribed by a doctor, generally produces a calming effect.

The U.S. Drug Enforcement Administration was called in to aid in cleaning up the clandestine lab leading to complete closure of the road near the crime scene.

Medical experts say not only is this a highly addictive drug, but deadly if abused. Unfortunately, it's highly profitable for criminals. The Walton County Sheriff's office said the suspects were hoping to cash in on these drugs.

"The pill mill itself is capable of creating 16,000 pills in an hour," according to Sgt. Ward.

"Anytime we can get any kind of illicit narcotic off the street is a win."

Unfortunately, authorities said mobile pill mills are a part of a growing problem.

"Unfortunately, yes it is a growing trend here in the metro Atlanta area and we have dealt with it somewhat recently."

Walton County Sheriff Joe Chapman praised his deputies for catching the lab before it became operational and for making the arrests. The sheriff's office also added on social media that the lab poses no threat to the public or surrounding neighbors