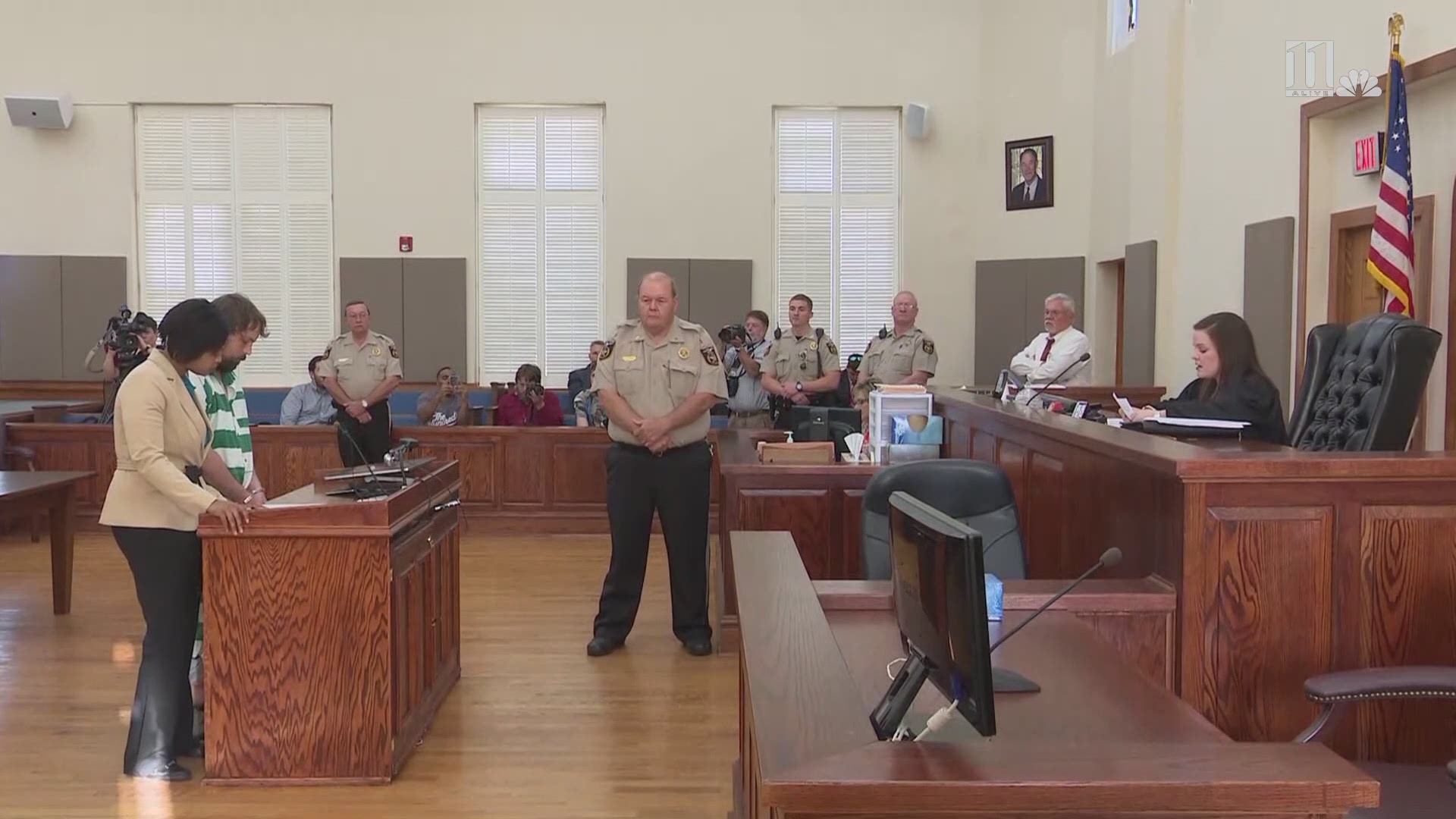 Georgia Bureau of Investigation spokesperson J.T. Ricketson said that 33-year-old Ryan Alexander Duke is charged in the murder of Grinstead.

RELATED | Break in the case: Arrest made in murder of Georgia beauty queen Tara Grinstead

Police found Grinstead's cell phone, car and dog at her Ocilla, Ga., home -- about 200 miles south of Atlanta. Her keys and purse were missing, and there were no signs of a break-in or a struggle

According to arrest warrants obtained by 11Alive, authorities allege that Duke burglarized Grinstead's home, committed aggravated assault on her by using his hands and then concealed her body.

In his first court appearance, Duke declined to ask for a commitment hearing. Judge Heather Culpepper ordered Duke held without bond and told him the case would be transferred to Irwin County Superior Court. She told him the next grand jury session begins April 12.

The GBI spokesperson said that Duke "never came up on our radar" in the 11 years since the disappearance.

According to authorities, Duke graduated in 2002 from Irwin County High School, where Grinstead taught, but they did not indicate if the two knew each other.

1 / 9
Ryan Duke is charged with murder in the death of Tara Grinstead. The Ocilla teacher went missing in October 2005.