SEC Media Days: Jake Fromm wants to "Do more" for Georgia Bulldogs in 2019

Jake Fromm is working on every single aspect of his game for the Bulldogs this season, during a summer surrounded by NFL Draft hype. 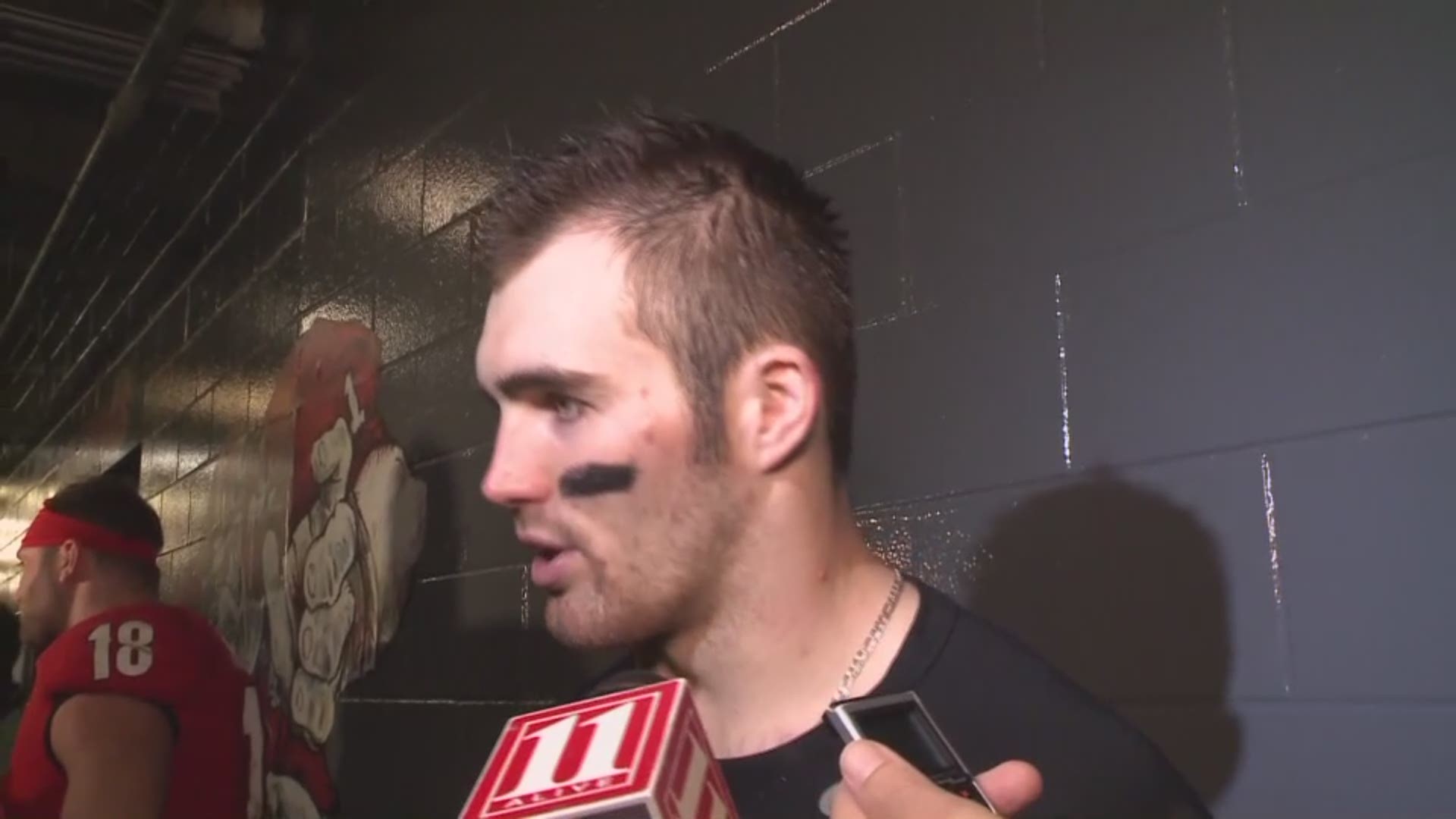 HOOVER, Ala. — It isn't SEC Media Days until you learn a handful of new slogans for each team in the conference.

For the Georgia Bulldogs, that new battle cry is "Do More."

That affects each player at an individual level. For starting quarterback Jake Fromm, it encompasses the run-of-the mill quarterback quote:

"I'm learning. Trying to push guys. Trying to become a better leader. Really just trying to dive into the locker room and be the best teammate I can be."

It also means changing his own game. Fromm has the accuracy down, coming off a season in which he completed 67.3% of his throws for 2,749 yards, 30 touchdowns, and just six interceptions.

The most obvious part of Fromm's game that could be improved has nothing to do with his arms, but with his footwork. The ability to avoid pressure and sacks could take his game to another level.

Fromm has spent at least a portion of his summer working on that mobility in the pocket.

"Any chance I can work on my game, work on moving in the pocket, making my arm stronger, learning the play book, it's going to make me a better football player."

Fromm is projected anywhere from early-to late-first round as 2020 NFL Draft pick, depending on where you look.

That reality depends on two factors: Georgia's success in the 2019 season, and Fromm's resulting decision to stay for a senior season.