‘Shooting to kill was apparently easier’: Attorney for family of homeless man shot by police reacts to body camera video

An attorney for the family of the man shot by a Coweta County deputy says he was not given a verbal warning or any time to respond before being shot. 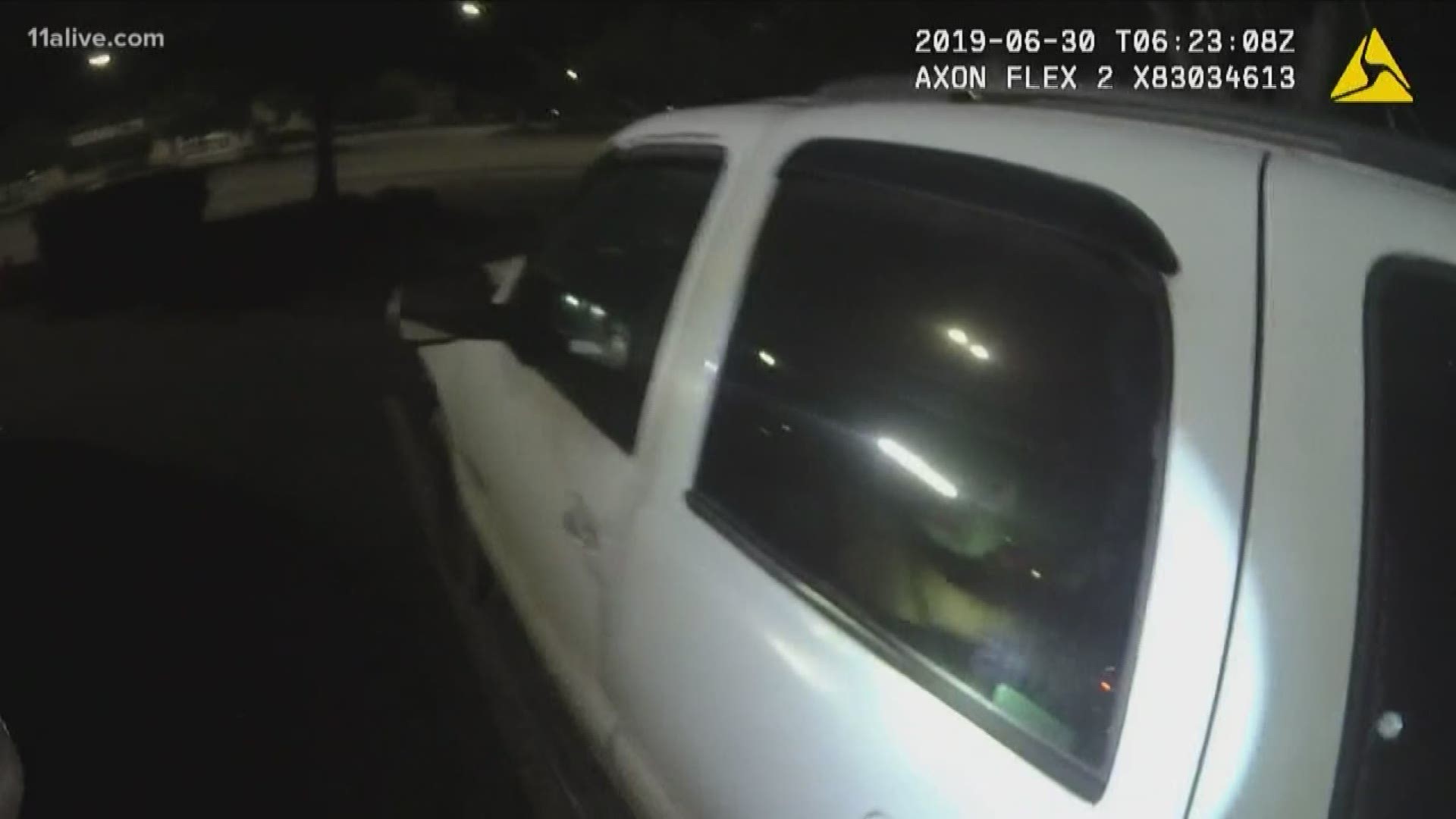 COWETA COUNTY, Ga. — The attorney for the family of Nicholas Bolton, a homeless man shot by police at the end of June, is responding to body camera video which captured the shooting.

Attorney Tanya Miller said after watching the video, she was shocked by what happened, and believes the situation was escalated by Coweta County deputies.

“Rather than take him into custody, shooting to kill was apparently easier,” she said. “This unarmed man was virtually homeless, living and sleeping in his car at 2:30 a.m. and committed no crime, and the police video speaks for itself.”

Three videos were released to 11Alive, which show Coweta County deputies talking to Bolton, who is in an SUV, about loitering in a shopping center around 2:20 a.m.

RELATED: Man, who had been sleeping in parking lot, led deputies on chase, tried to run them over, shot: GBI

Deputies ask Bolton several times for his ID and tell him to step out of his vehicle. The video doesn’t show him handing over his ID and Bolton’s voice is not clearly heard. However, he can be seen moving from the backseat to the driver seat.

“You going to get out, or you going to go to jail?” one deputy asks before Bolton drives off past a deputy. (Watch the body camera here)

According to the Georgia Bureau of Investigation, the deputy used a pit maneuver to stop Bolton from reaching the nearby highway and traffic after he took off. A total of three cars can be seen pinning Bolton in, whose car tires continue to spin. One deputy yells for Bolton to turn off the car but, less than a second later a deputy fires one shot through Bolton’s windshield, hitting him in the head.

The officer who fired the shot, identified as John Collins, is later seen on the video telling supervisors, “I thought John was about to get run over and I put one round on him.”

Miller, the attorney, said the deputy who fired the shot was never in immediate danger, and they didn’t give Bolton a verbal warning or enough time to respond to commands after their vehicles pinned him.

“You don’t hear any command that he’s about to get shot," she said. "It is shocking to me the speed with which this officer resorted to using deadly force, essentially firing a kill shot at an unarmed man who is stationary inside a vehicle that is not moving.”

The attorney maintains Bolton was minding his own business and committed no crime prior to being approached by deputies. According to Miller, Bolton is now clinging to life because of the shooting with his family is by his side.

“They are still just grappling with trying to make sure that he lives,” she said.

Miller confirmed she talked to the GBI, who is investigating the shooting, and the Coweta County District Attorney, John Cranford, Jr.

The DA said they did meet with Bolton’s father and brother to let them watch the body camera videos before the videos were released.

“We just wanted to make sure that the first time Mr. Bolton’s family saw these videos was not through the media,” Cranford, Jr said.

The shooting of Bolton is currently the only open officer-involved shooting that resulted in serious injury that is being investigated in Coweta County, according to the DA.

Cranford, Jr. said he is waiting for the GBI to finish their investigation and hand it over to his office. Miller said investigators have not given any indication on their analysis of the shooting, though in a statement, the Coweta County Sheriff's Office said they believe Deputy Collins' actions were "necessary and justified."