Should Georgia have a standardized start date for public schools?

Debate is simmering at the State Capitol over whether to create a standardized start date for public schools across Georgia. 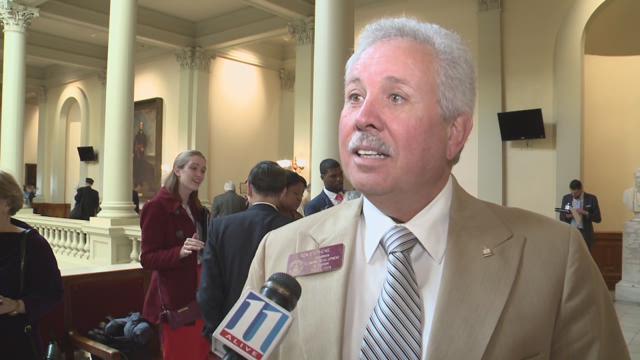 A debate is simmering at the State Capitol over whether to create a standardized start date for public schools across Georgia.

It was a hot topic during a meeting Tuesday of the Georgia Travel Association.

RELATED | Does school start too early?

"If you look at every single attraction in the area, all of them close up mid-summer as soon as school starts," said State Rep. Ron Stephens (R-Savannah), who is working on a bill to push back school start dates across Georgia. "We lose the patrons. We lose the employees. Most importantly, we lose the very dollars that are supposed to support our education system."

Rep. Stephens admits he's reluctant to take away local control from school boards that want to set their own calendars.

Henry County, Rockdale County, and Cobb County are among the metro Atlanta school systems that required students to return to class on July 31 for the 2017-2018 school year.

During Tuesday's meeting, several gubernatorial candidates were asked whether they would support a law to keep schools from opening in July and cutting into the summer tourism season.

"The short answer is 'yes.' I respect the local authority of school boards to set their calendars, but I think we need to figure out where we can meet in the middle," said Stacey Evans, a Democrat running for governor. "Families need the predictability of childcare options. Staying out of school buildings in the hottest months would also save school money."

Clay Tippins is one of the Republicans running to be Georgia's next governor.

"I believe in small, local control," Tippins told tourism leaders. "I'm not going to sit here and tell you that I'm going to mandate to every small town and county when they start the school year. I'm not going to do that."

But 11Alive was also on-hand in Henry County during their first day of school in July. A spokesperson there said the early start was the result of input from parents.

The State Board of Education and the State School Superintendent do not have the authority to set school start dates.

Rep. Stephens could introduce a school start dates bill later this week or next week.