The family put up signs in their yard to grab people's attention and slow speeders down. But, it also got the attention of county code enforcement. 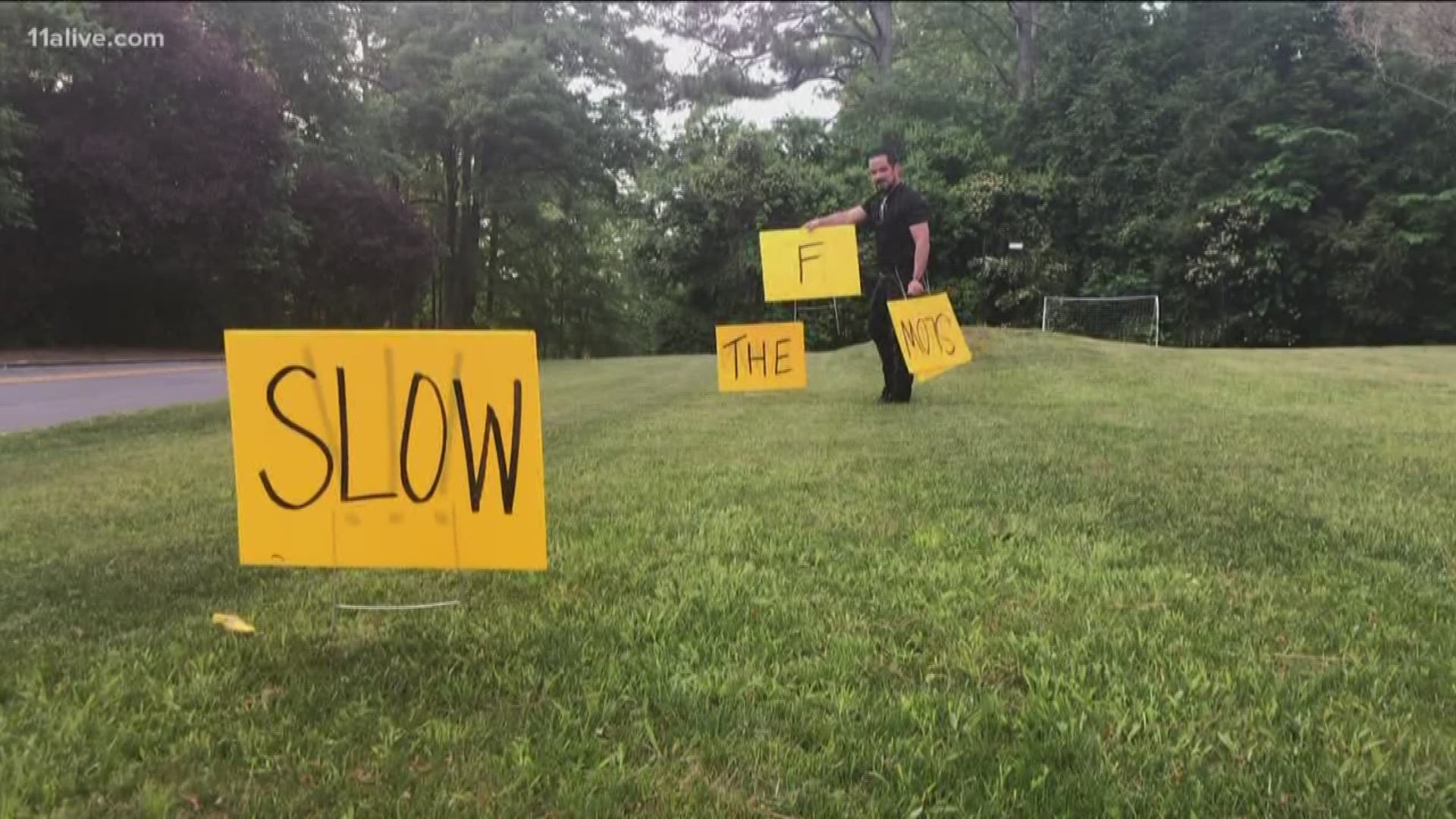 “It maybe a little taboo, but it got attention," explained Geordie Johnston.

Tired of people going 50 mph in his 25 mph neighborhood, Johnston, a father of four, decided to send a message. He placed five huge neon yellow signs in his Marietta yard with a word on each one. Together, the signs made the following sentence: "SLOW THE F DOWN!!!"

“We decided those little - what are they called - the little green guy with the hat and sign that says, 'slow down, kids live here,' nobody looks at that," Johnston said.

“Apparently someone complained about our obscene signs, which, if that is obscene, I feel sorry for you,” he said.

At least one neighbor complained and Cobb County Code Enforcement paid him a visit.

“We ended up getting a citation for it," Johnston said. "Apparently it was within 25 feet of their right of way.”

He was forced to remove the signs in his yard, but it upset him that his neighbor didn’t go to him first.

It’s worth noting - there are signs in other yards in this neighborhood. They make the same demand - just a little tamer - and read "please, slow down."

But, not to be deterred, Johnston called code enforcement back.

“He was super cool," he said. "He told me exactly what I needed to do.”

Which was simply move the signs over a few feet in his yard. So, he did. First, to prove a point.

"I was actually thinking of making some bigger signs," he added.

Second - to him - keeping the kids safe in his neighborhood is more important than a strategically placed "F" bomb.

“Slow down, there’s kids everywhere," Johnston emphasized. "If people slow down, and this is what it takes, great.”

Johnston said the signs actually work and has seen people pass by, take pictures, honk and slow down.

He added, had whoever complained simply knocked on his door, he would be willing to take down the F. But now, he’ll leave it up and hope people take notice.