Some of the bills are still around from last year as well as a few newly introduced this year. 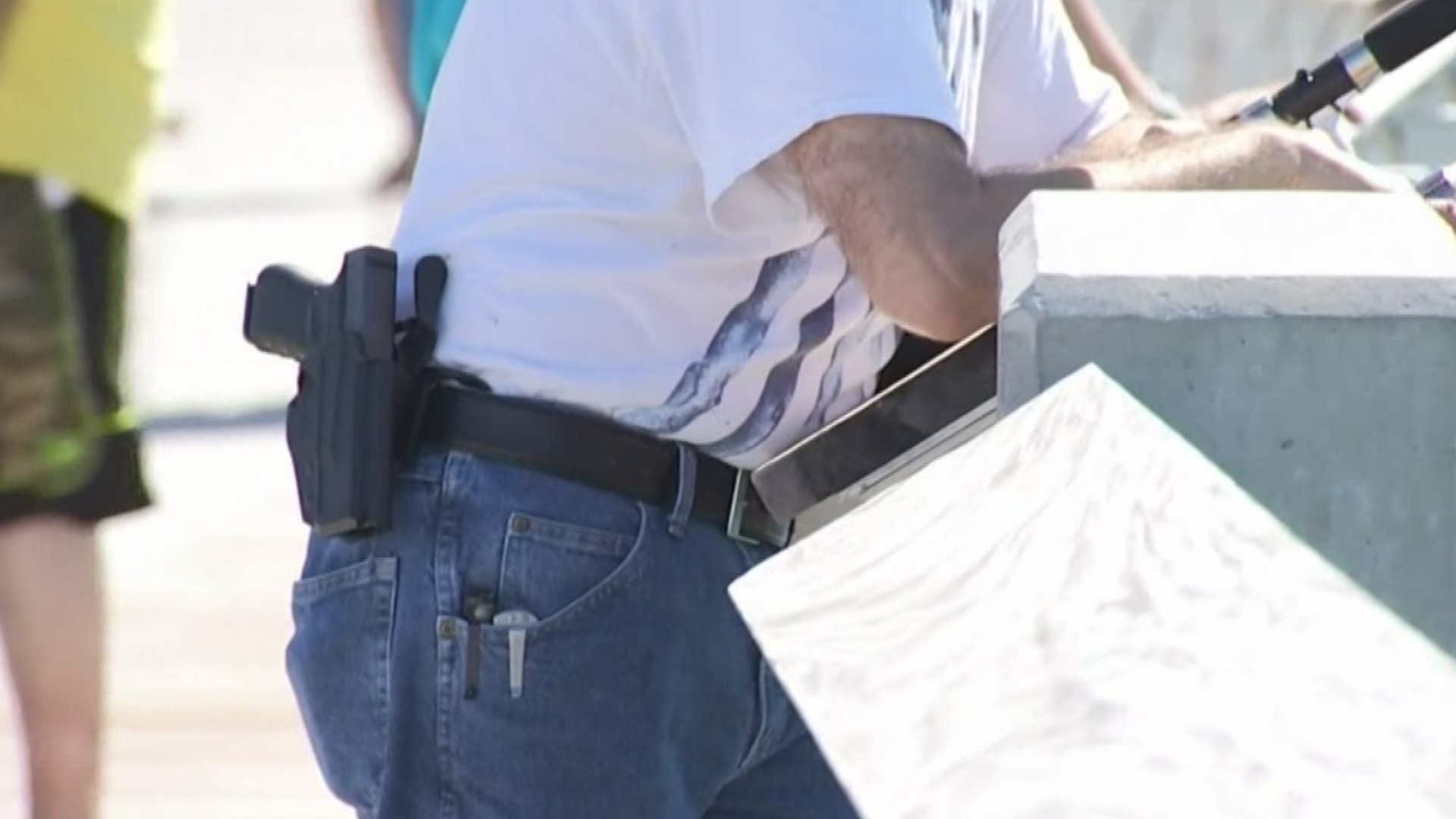 ATLANTA — A bill introduced in the legislature this week would let the state ignore any so-called “red flag” gun laws enacted by Congress.

Red flag laws have gotten attention in the wake of mass shootings. They allow courts to seize guns from people deemed a danger to themselves or others. Gun rights backers in Georgia are pushing back.

This is one of many gun bills floating in the legislature this session. We counted about two dozen pending gun bills that are still around from last year as well as a few newly introduced this year.

With an election this November – this year’s slogan may be, "don’t rock the gunboat."

Some say if you can legally own a gun, you ought to be able to legally carry it in public without paying for a gun carry permit. That’s a position many second amendment enthusiasts take, like state Rep. Matt Gurtler (R-Tiger).

READ: Effort in Georgia to raise age of adult crimes from 17 to 18

"Law abiding citizens in Georgia shouldn’t have to pay the government a tax or a fee to exercise their natural right to self defense," Gurtler told 11Alive News.

Many of the state’s gun bills go through the House Public Safety and Homeland Security committee, led by a Vietnam war and law enforcement veteran, Rep.Bill Hitchens (R-Rincon).

"I’m very pro gun. But I’ve seen the damage they can inflict on many many occasions. We have to be very careful about our gun laws and who we allow to have them," Hitchens told 11Alive.

Hitchens said both sides of the gun debate tend to be polarizing – which conflicts with his personal outlook toward firearms legislation.

"My feeling on this is reasonableness, you know?" Hitchens said with a sigh.

That's a word often defined at the Capitol by the person using it.  Gurtler thinks eliminating the need for gun carry permits is reasonable.  Brian Kemp endorsed "constitutional carry" during his campaign, and showed off some of his gun collection in TV commercials.

"The second amendment says ‘shall not be infringed.’ That’s a no-compromise statement to us (gun rights supporters) and to many Georgians. I think it will make people safer," Gurtler said.

Gurtler’s bill is assigned to Hitchens’s committee.  It didn't get a hearing last year.  And Hitchens was very noncommittal when asked if it would get one this year.