As the U.S. House of Representatives is expected to vote on a $4.5 billion aid package, Customs and Border Protection is refuting reports of deplorable conditions. 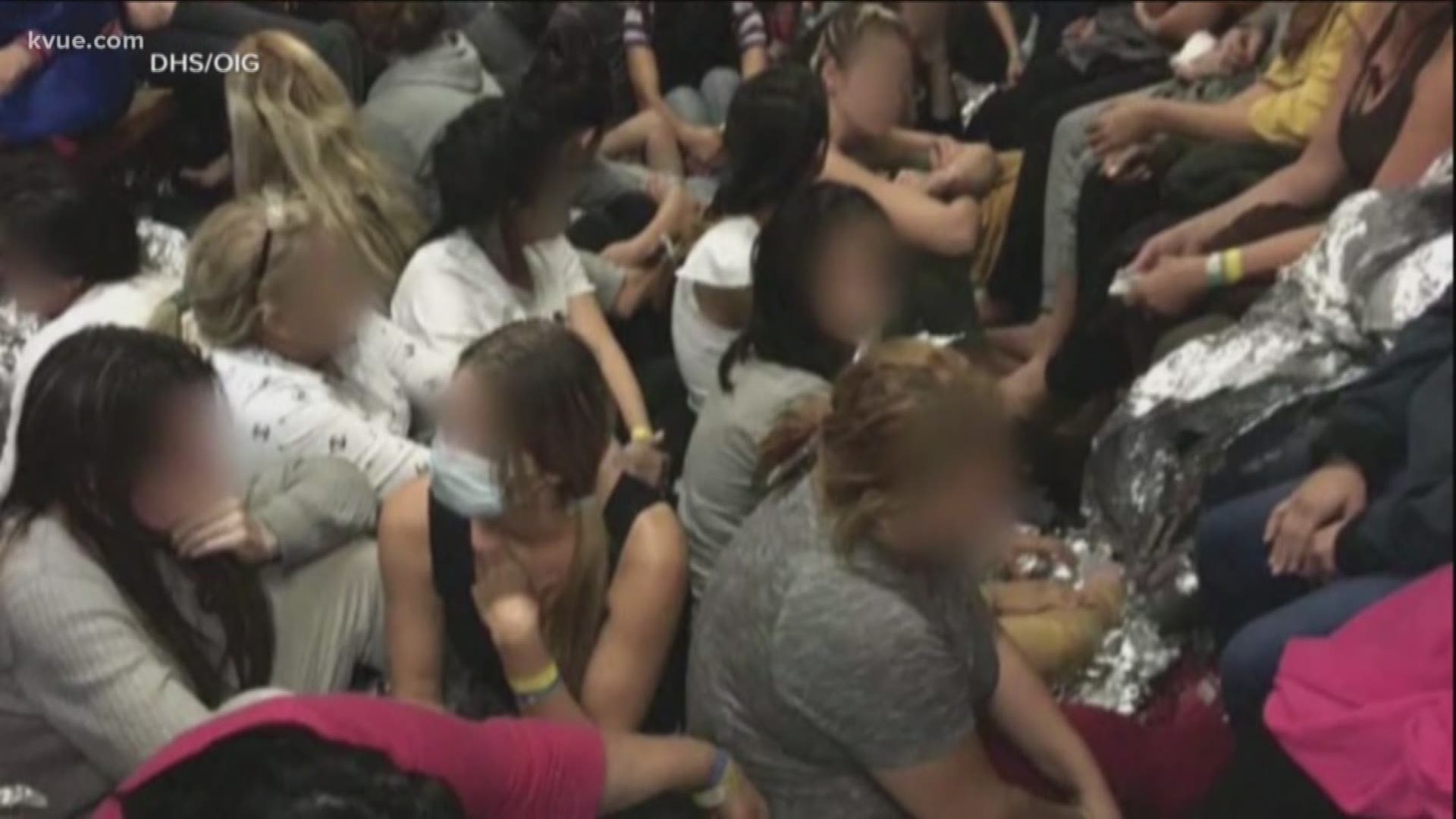 AUSTIN, Texas — As reports surface of migrant children being kept in deplorable conditions, the U.S. House of Representatives is set to vote on a $4.5 billion emergency funding measure to help alleviate those conditions.

"They're sleeping on concrete blocks. There are open toilets in the room. There is no soap," Attorney Warren Binford told ABC News after interviewing children held at a facility in Clint, Texas.

"The conditions at these facilities are placing them at increased risk for infection, disease and death," said Dr. Dolly Sevier, a pediatrician who was allowed inside.

In a call with reporters Tuesday, staff with U.S. Customs and Border Patrol (CBP) refuted those claims, saying they need more resources but are working to provide the best care possible.

"There is no excuse for what has happened here," U.S. Representative Lloyd Doggett (D-Texas) said.

"The idea that the government doesn't have enough money to provide a toothbrush or a bar of soap for these kids or a decent meal is ridiculous on its face," Rep. Doggett said.

Still, Congress is debating funding measures. The House and Senate each have proposals that are leaving Democrats divided. Some want to see language included to require "humane treatment" and ensure the funding goes toward helping children in CBP custody.

People want to donate diapers and toys to children at Border Patrol facilities in Texas. They're being turned away.

"Frankly, if we don't have the safeguards in place and this is just going to give Donald Trump more money to deport people and to mistreat these children, I don't plan to vote for the bill," Rep. Doggett said.

Meanwhile, many Texans have tried to take donations of diapers, toiletries and food to the shelters where children are being kept, only to be turned away. CBP staff told KVUE, legally, they can't take donations. But they added they are working with legal counsel to see what they can do.

In Tuesday's media call, staff also said they're not running low on those things.

"We're using operational funding to provide those things, but those things are available now and they have been continuously," the staff member said.

The Texas Tribune has put together a list of organizations people can donate to that assist immigrants once they are released from CBP custody.