Hundreds turn out for immigration protests in downtown Atlanta, thousands across the nation

Hundreds of thousands of people were expected to protest the administration's immigration policies around the U.S. 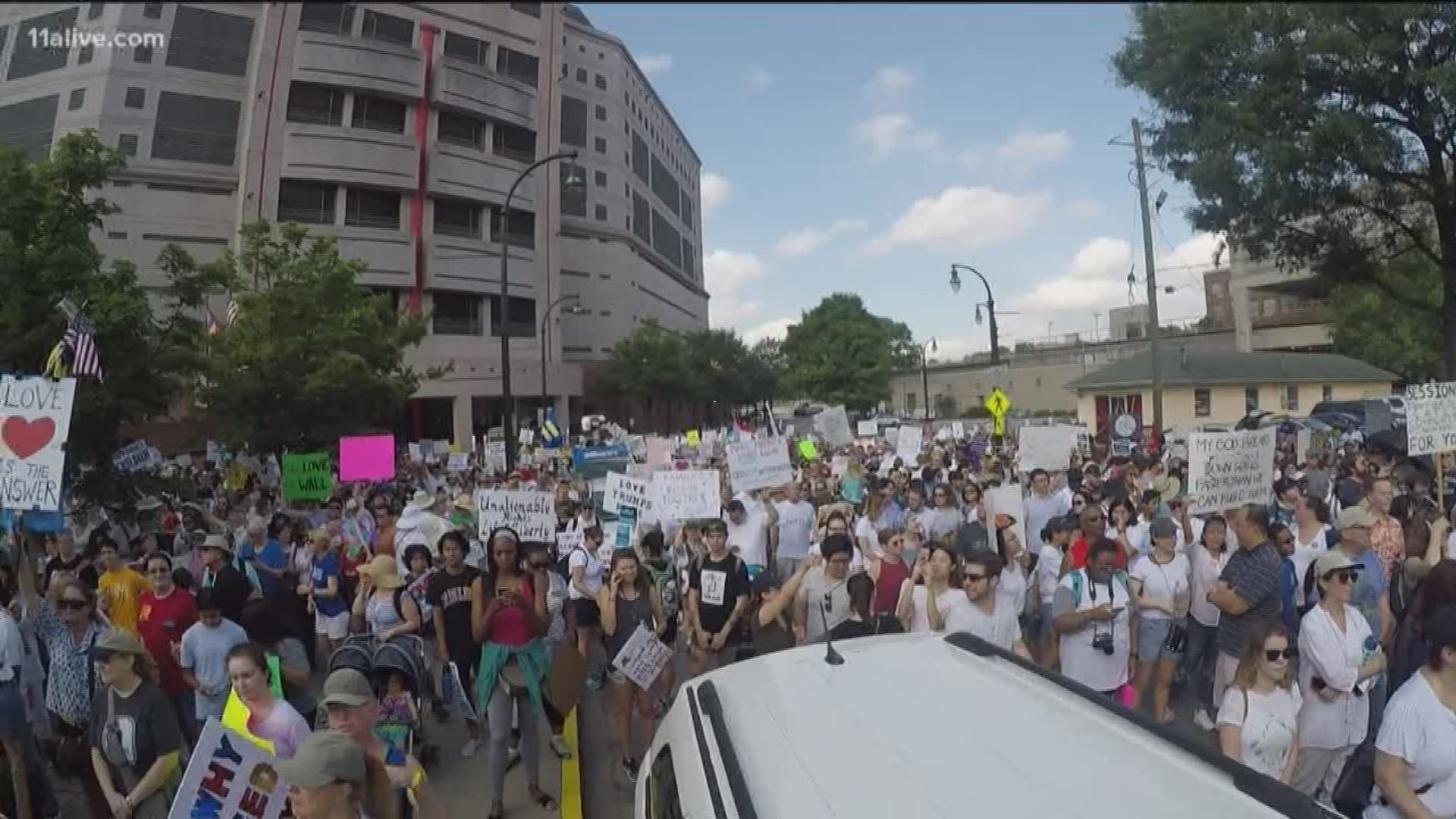 ATLANTA -- U.S. Reps. John Lewis and Hank Johnson spoke to hundreds of demonstrators in downtown Atlanta on Saturday who turned out to make their voices heard on the Trump Administration's immigration policies.

"We've got to get out and vote like we never voted before," Lewis said, speaking to crowds at the Richard Russell Federal Building in downtown Atlanta. "Don't give up, don't give in! Keep marching!"

Organizers had anticipated more than 4,000 people to attend the 'Families Belong Together' demonstration that stepped off from the Atlanta Detention Center on Peachtree Street before moving on to the Richard Russell Federal Building to hear from speakers that included Lewis and Johnson.

This march comes after the president signed an executive order ending the administration's Zero Tolerance policy, but many say that it's not enough, since there is no clear path to reuniting families that have already been separated.

"This is not our country anymore. When it's served, we welcome everybody," said Ricky Page. "Separating kids and children; that's crazy. That's not what America is all about."

People of every race and age lined up to make the half-mile walk from the city detention center to the federal building on Ted Turner Drive.

The signs people brought with them ranged from the emotional religious appeal to the flat-out angry.

For Riqquii Dillet, this fight is personal.

"This is crazy," he said. "I'm married to an immigrant and it just breaks my heart that he is dividing us. What he's doing at the border is insane. I have students I don't know; I don't know if I'll ever see them in the fall because they're Mexican."

Ten days ago, Atlanta Mayor Keisha Lance Bottoms signed an executive order stopping the Atlanta Jail from housing ICE detainees. But families remain apart. The protesters say that's why they're here in the heat -- to send this message.

At least eight other marches across Georgia were expected to take place on Saturday along with hundreds of others across the nation.

The main protest was anticipated in Washington, D.C., with more than 600 rallies across the nation.

Atlanta Police say there was no permit for Saturday's march, but they did not make any arrests. Their priority was public safety. They did confirm there were seven EMS calls due to heat-related problems. 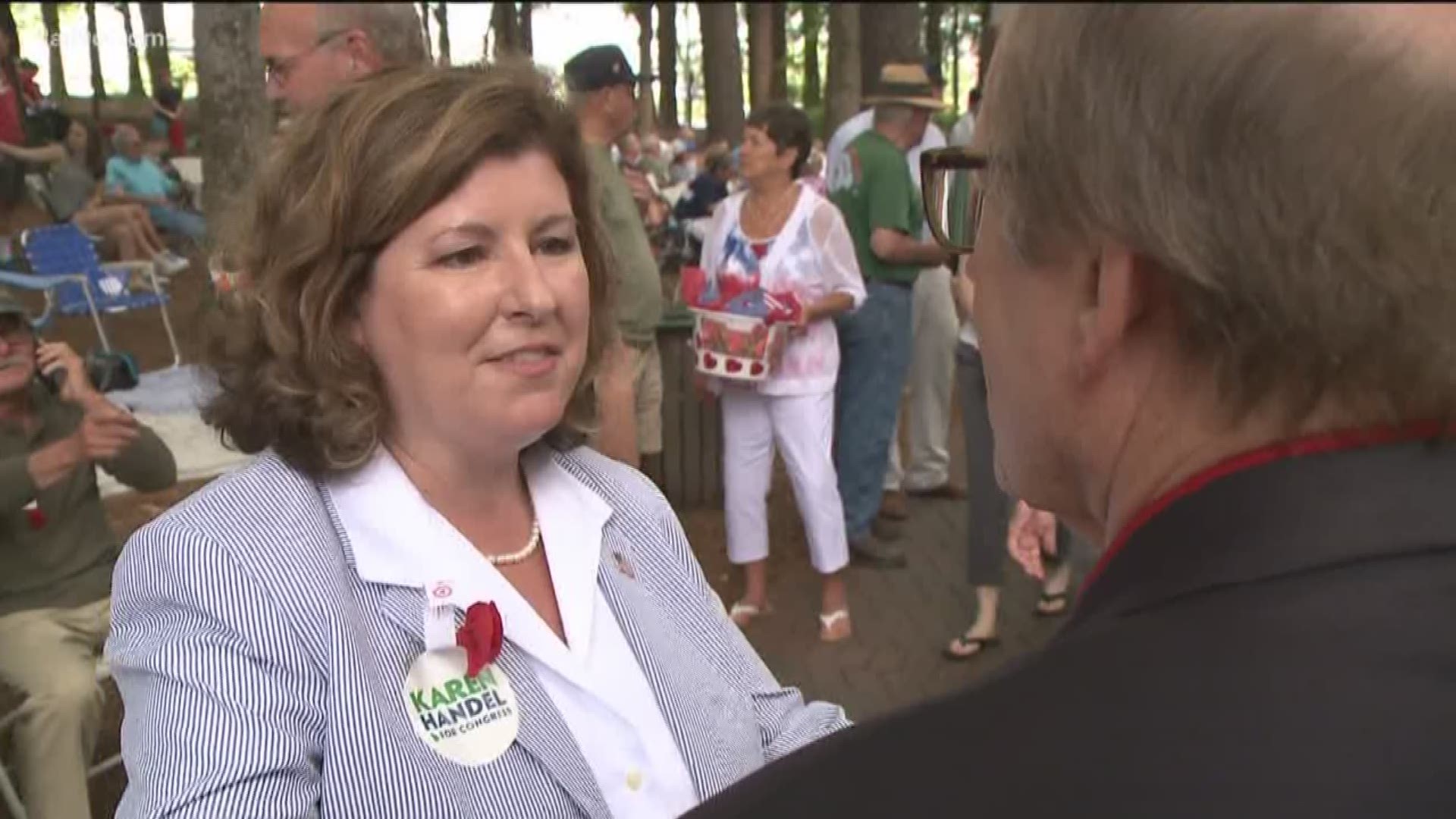 President Trump signed an executive order on June 20 ending the controversial policy of separating immigrant families at the border.

AT THE BORDER -- FULL COVERAGE ON 11ALIVE

1 / 14
NICHOLAS KAMM
People demonstrate in Washington, DC, on June 28, 2018, demanding an end to the separation of migrant children from their parents.