One arrested as anti-ICE protest turns violent in downtown

Police moved in when demonstrators began setting up tents on city property. 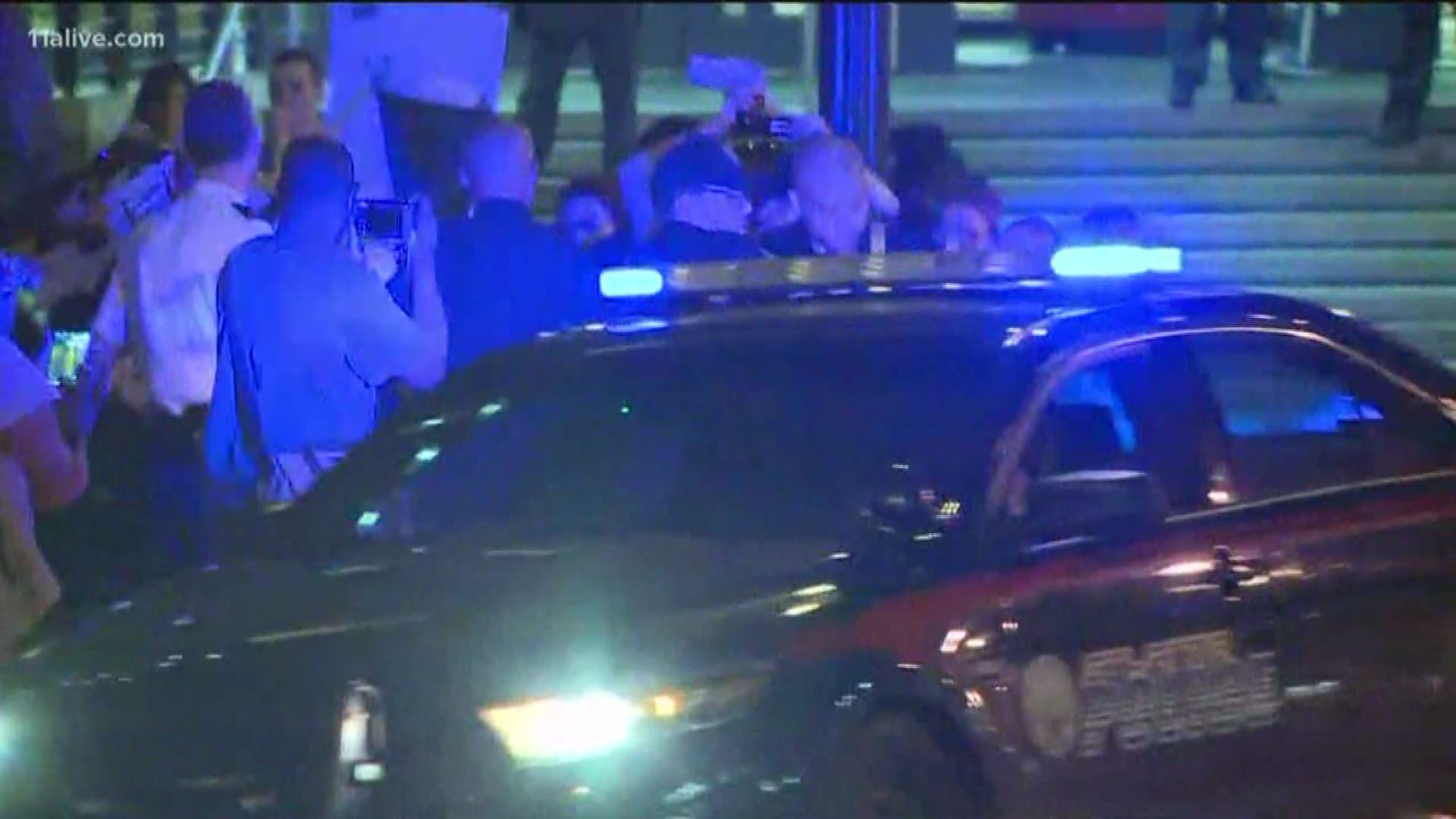 ATLANTA -- One woman was arrested Sunday night after an anti-ICE protest turned violent in downtown Atlanta.

Police said a group of protestors began putting tents on city property during a protest over the Trump administration's immigration policies. Police said the demonstrators were asked to remove the tents, but refused.

A group of officers then moved in to remove them, and that's when, according to police, several protestors became violent, fighting and throwing items at the officers, including frozen water bottles.

According to the organizers' Facebook page, the demonstration was to begin at the Atlanta city detention center. It then moved to the Atlanta ICE detention facility, where protestors set off smoke bombs and shot firecrackers at the building.

On Saturday, thousands protested in downtown as part of a nationwide series of rallies against President Trump's zero-tolerance immigration stance.

On Saturday, thousands protested in downtown as part of a nationwide series of rallies against President Trump's zero-tolerance immigration stance.

Throughout the U.S., the rallies drew hundreds of thousands of people into the streets.

READ | Hundreds turn out for immigration protests in downtown Atlanta

This weekend's marches came after the president signed an executive order ending the forced separation of families at the southern border, but many said that's not enough, since there is no clear path to reuniting families that have already been separated.

AT THE BORDER -- FULL COVERAGE ON 11ALIVE

1 / 9
JIM YOUNG/AFP/Getty Images
Protestors march through the streets during a demonstration against the US immigration policies separating migrant families in Chicago, June 30, 2018.