Photos of border crisis explain how we got here

From debates about comprehensive immigration reform to investing in security to the heartbreak of the humanitarian situation, watch as we break down the crisis. 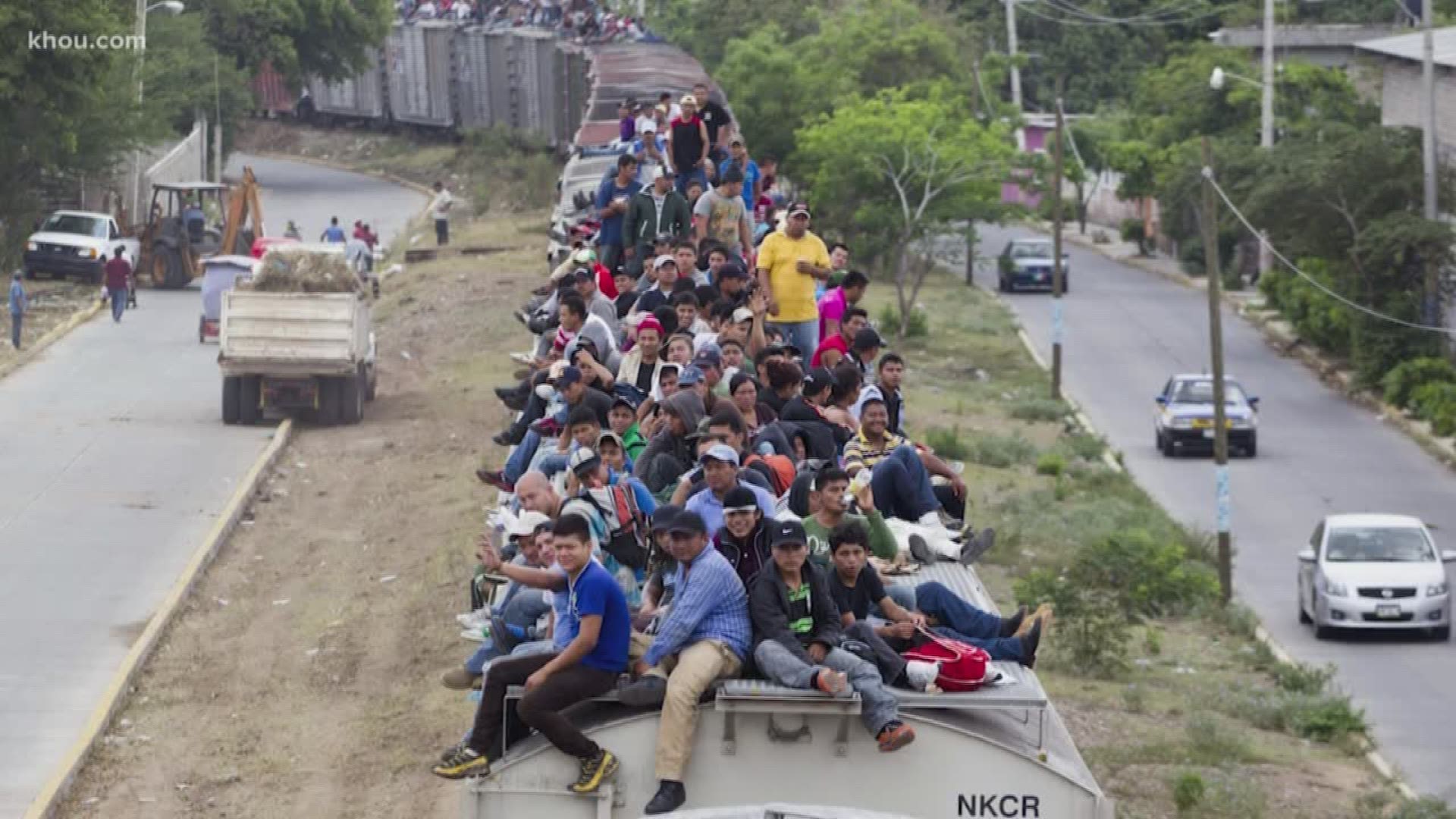 HOUSTON — WARNING: Some readers may be disturbed by the photograph below first published by Mexican newspaper La Jornada.

Billions of dollars bound for the border?

If approved, a $4.5 billion humanitarian aid package will help to care for the wave of people who are living in what doctors and immigration lawyers are describing as “inhumane” conditions at a detention facility near El Paso.

Pictures help to tell the story, especially in light of a photograph taken along the Rio Grande Monday. In it you see a lifeless man and his baby girl floating in the river.

The photographer has gone viral and is being used to spark a conversation about the humanitarian crisis that’s weaved into a decades-long discussion about the need for comprehensive immigration reform.

We used more photos below to show the history of the crisis.

President George W. Bush gets moving on the border fence with the passage of the Secure Fence Act. In the same year, the president enlists the help of thousands of National Guard troops who are sent to the southwest border to build border fencing. The two-year project is called “Operation Jump Start.”

Credit: AP
FILE - In this Monday, June 5, 2006, file photo, Utah National Guard troops from the 116th Construction Equipment Support Company, the first National Guard unit along the border as part of Operation Jump Start, prepare to extend a wall along the U.S.-Mexico border in San Luis, Ariz. In 2018, the U.S. National Guard faces a vastly different environment than it did on its last two deployments to the border with Mexico, with far fewer illegal crossings and more Central Americans than Mexicans coming. (AP Photo/Khampha Bouaphanh, File)

Congress discusses -- but never votes on -- the Comprehensive Immigration Reform Act. The bill would have provided a legal status and path to citizenship for 12 million undocumented immigrants who were currently living in the U.S., and it would have included funding for more border security and more border patrol agents.

The Obama Administration creates the D.A.C.A. (Deferred Action for Childhood Arrival) program for people who illegally entered the U.S. as a child.

A rise in violence across Central America sparks a surge of people illegally crossing into the U.S. through south Texas.

The U.S. Border Patrol catches and then releases families because the federal government doesn't have enough room to detain every undocumented immigrant.

Thousands of children are illegally crossing alone, without their parents, so the federal government created the Ursula Child Processing Center in McAllen.

Credit: AP
FILE - In this June 17, 2018 file photo provided by U.S. Customs and Border Protection, people who've been taken into custody related to cases of illegal entry into the United States, sit in one of the cages at a facility in McAllen, Texas. Some immigrant youth looking to start over in the United States after fleeing abusive homes are seeing their applications for green cards rejected because the Trump administration says they're too old. Immigrant advocates have filed lawsuits in New York and California and said hundreds of young people could be affected by the change. (U.S. Customs and Border Protection's Rio Grande Valley Sector via AP, File)

The number of people apprehended along the southwest border slows compared to the prior year. But people and drugs continue to be smuggled through the US/Mexico border.

The Trump Administration announces the end of D.A.C.A.

The court battle over the government program begins.

A photo of a Honduran girl crying as her mother is patted down by U.S. Border Patrol agents in south Texas goes viral.

We learn children are separated from their parents at the border.

Protesters rally outside the Ursula Child Processing Center in McAllen, demanding children be reunited with their parents.

A camp for unaccompanied kids opens in Tornillo near El Paso.

In December, the federal government partially shuts down for more than 30 days in a battle over border wall funding.

The Trump administration implements the "Migrant Protection Protocols" which keep asylum seekers in Mexico until their petition is processed by the United States.

The federal government sends national guard troops to the border.

Waves of asylum seekers inundate border bridges because of the M.P.P.

Monday, apparently frustrated by the backlog of asylum seekers at a bridge, a man from El Salvador is found dead in the Rio Grande with his arm around his daughter who also drowned.

Credit: AP
The bodies of Salvadoran migrant Oscar Alberto Martínez Ramírez and his nearly 2-year-old daughter Valeria lie on the bank of the Rio Grande in Matamoros, Mexico, Monday, June 24, 2019, after they drowned trying to cross the river to Brownsville, Texas. Martinez' wife, Tania told Mexican authorities she watched her husband and child disappear in the strong current. This photograph was first published in the Mexican newspaper La Jornada. (AP Photo/Julia Le Duc)

Beth Chapman, wife of 'Dog the Bounty Hunter,' has died