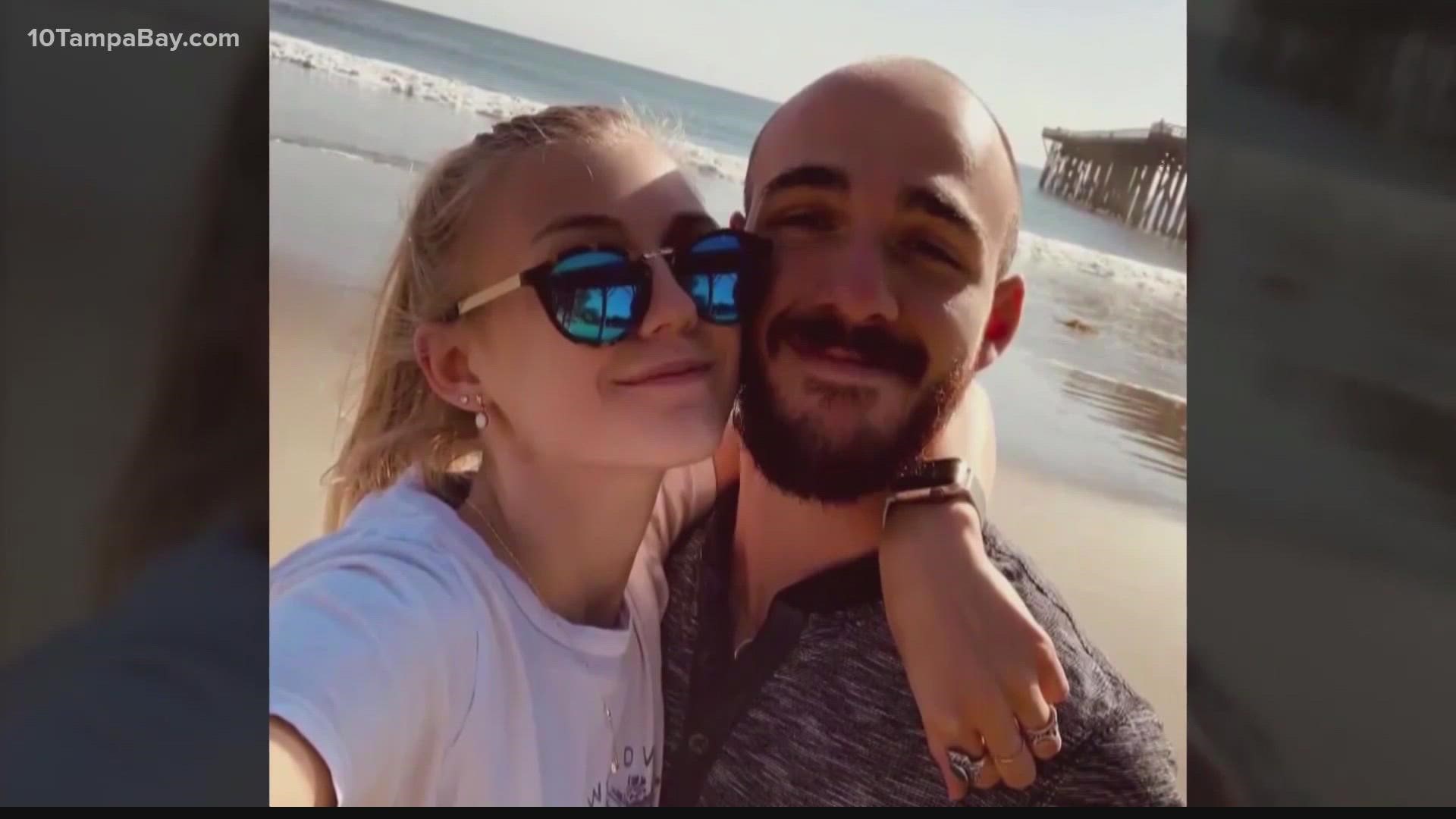 DENVER — A federal arrest warrant has been issued for Brian Laundrie in connection with the case of Gabby Petito, his fiancée, who disappeared during a cross-country road trip and was later found dead.

Her manner of death was ruled a homicide. The precise cause remains under investigation.

Court documents show the grand jury charged Laundrie with "knowingly with intent to defraud" using a Capital One debit card in the amount of at least $1,000. The action happened on or about Aug. 30 through Sept. 1, the documents say.

It does not detail who the card belonged to.

The arrest warrant allows law enforcement to continue looking for Laundrie while the investigation continues into figuring out what led up to Petito's death, FBI Special Agent in Charge Michael Schneider told The Associated Press.

"It is my understanding that the arrest warrant for Brian Laundrie is related to activities occuring after the death of Gabby Petito and not related to her actual demise," Laundrie's lawyer Steven Bertolino wrote in a statement to 10 Tampa Bay. "The FBI is focusing on locating Brian and when that occurs the specifics of the charges covered under the indictment will be addressed in the proper forum."

RELATED: TIMELINE | The disappearance and death of Gabby Petito: What we know

Petito and her fiancé, Laundrie, took their Ford sprinter van and set out on a cross-country road trip in July, stopping in national parks along the West coast.

But when Petito's family stopped hearing from her in late August, they knew something was wrong.

Police across the country began searching for the missing North Port, Florida, woman after they said Laundrie returned home from the trip without her.

The FBI Denver positively identified the body found in the Bridger-Teton National Forest as Petito on Sept. 21. Law enforcement says the coroner's office determined the initial manner of death is a homicide. However, the official cause of death will be determined following the final autopsy.

For almost a week, law enforcement has been searching for Laundrie in what police call the "vast and unforgiving" Carlton Reserve in Venice, Florida. Agencies have searched the swampland on foot, by air and underwater to no avail.

The agency continues to ask the public for any tips that may lead investigators to Laundrie's whereabouts. They can be submitted to tips.fbi.gov or 1-800-CALL-FBI.