One person was killed during an early Saturday morning crash in Atlanta. 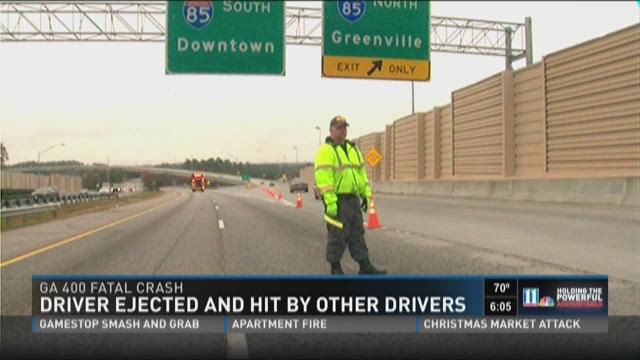 ATLANTA -- One person was killed during an early Saturday morning crash in Atlanta.

Atlanta police say the man was ejected from his car and struck by several vehicles at Georgia 400 southbound at Lenox Road around 5:40 am.

Police say the victim was driving a 2004 Ford Taurus when he drifted over and sideswiped a white BMW. He then lost control and struck the right guard rail, which then propelled him across several lanes and struck the guard rail again.

The Taurus then re-entered the roadway and then struck a Ford pickup. The driver was thrown from his vehicle and landed in the middle of the highway, where he was hit by oncoming traffic.

Police do not expect to file any charges against the drivers who struck the victim while he was in the roadway.

Several lanes were closed while police cleared the accident.