The 46-year-old woman was hiking with her family when she fell from the rocky face of the mountain in White County. 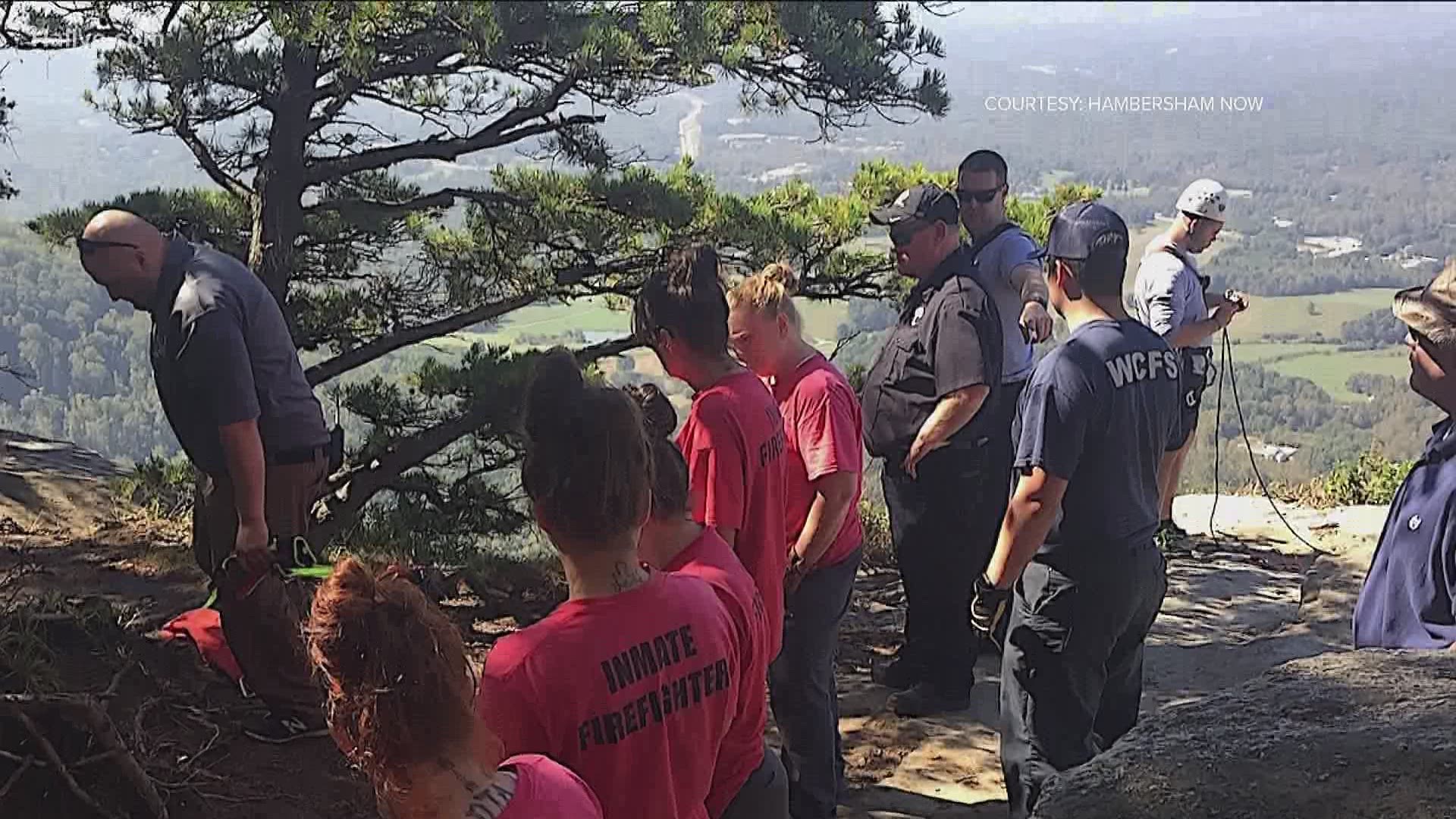 White County Emergency Services responded to the rock face formation of Yonah Mountain on Tuesday morning at about 10:30 a.m., after receiving reports of a woman falling from the rock face, according to White County Public Safety Director David Murphy.

Murphy said that deputies from the White County Sheriff's Office, along with crews from White County Fire Service and EMS, with mutual aid from the Helen Fire Department and Lee Arrendale Fire Brigade, responded to the incident.

EMS and Fire crews had to use a rope system to access the woman, who Murphy said was declared dead at the scene.

She was later identified as 46-year-old Jennifer Randal of Cartersville, Murphy said. Randal was hiking with her husband and son when she fell more than 300 feet from the rock face.

The family was familiar with the area and had hiked there several times before, Murphy said.

He said that it took several hours to recover Randal's body from where it had fallen.

"This is of those tragic accidents that can occur while hiking in the trail areas of our county," Murphy said in a release.

County officials said there did not appear to be any foul play involved, however, according to Murphy, the White County Sheriff's Office and the Georgia Department of Natural Resources are continuing to investigate the incident.

Mount Yonah is located about 85 miles northeast of Atlanta, in the north Georgia mountains.