On Tuesday, Houston Healthcare had 86 COVID-19 patients and Dr. Dan Stewart says they are out of room 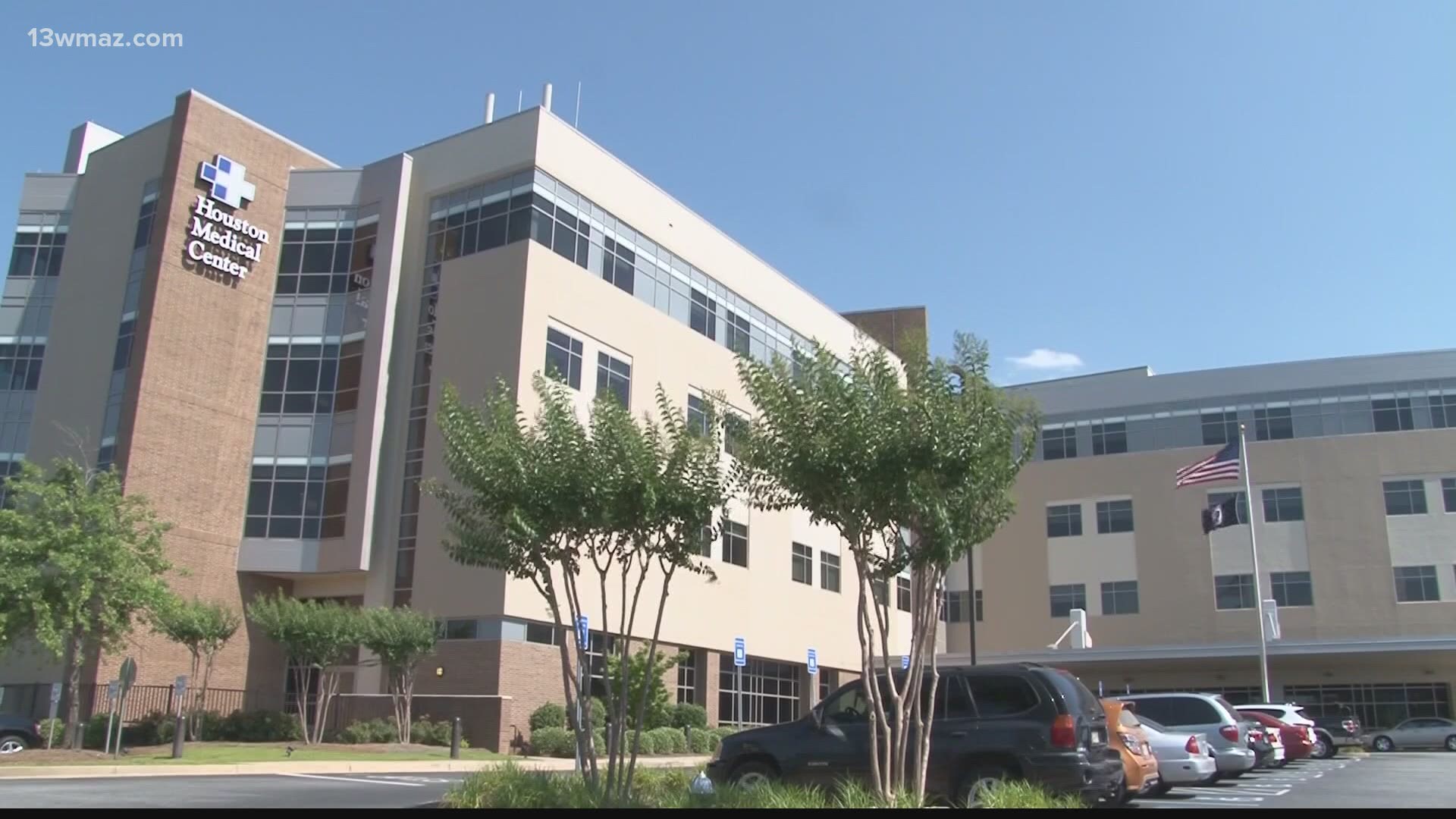 They are still feeling the effects of the Thanksgiving holiday, along with people gathering inside as the temperature drops.

On Tuesday, Houston Healthcare had a total of 86 COVID-19 patients. That's not including the Christmas surge they are anticipating next week.

"We're full. We have pretty much all of our ICU/ICA beds taken up. We have all of the floors where we have COVID patients are full, and the rest of our med surge beds are full as well," said the hospital's Chief Medical Officer, Dr. Dan Stewart.

He says they're even holding some people down in the emergency room until beds open up.

"This is something we're seeing throughout the state of Georgia," said Stewart.

During the surge we saw over the summer, Houston Medical Center hovered around 45 patients confirmed to have the virus.

Having nurses, techs and respiratory therapists out with the virus or quarantining because of exposure makes matters worse.

Previously, Perry Hospital hadn't seen any COVID-19 patients during the pandemic. Now, they have three.

Stewart says they do have a plan if their numbers keep surging.

"The state of Georgia opened up the World Congress Center for COVID patients. That's a large amount of patients. I think they have 60 beds there, so we are looking at the possibility of moving patients in that direction if we have to," he said.

Coliseum Medical Centers had 72 COVID-19 patients on Tuesday, which is about even with the surge they saw over the summer.

In early July, Fairview Park in Dublin had 25 patients with the virus. On Tuesday, they had 41.

The Navicent Health system currently has 130 total patients -- 92 at the Medical Center in Macon, 29 in Baldwin County and nine in Peach.

Stewart says they're just doing the best they can to care for the patients they have right now and the ones that will start to come in next week because of Christmas celebrations.

"Their lives are devoted to caring for the sick and we've got a lot of sick patients, so we're going to continue to do the very best we can," he said.

He is encouraging everyone to take it easy on New Year's Eve and stay home, so they have a chance to get their numbers under control.

"We're hoping that people will really consider strongly staying at home and watch the events on TV and stay away from any large gatherings, especially indoor large gatherings, because it's just going to facilitate the spread of the virus," he said.

Stewart says we will reach herd immunity by one of two ways: People continuing to get sick, overwhelming hospitals and possibly dying or through the vaccine when it becomes available to the general public.

He says he has had the Pfizer vaccine himself and he is encouraging everyone else to do the same.

Until that happens, he says to wear your mask, wash your hands, and stay away from other people.