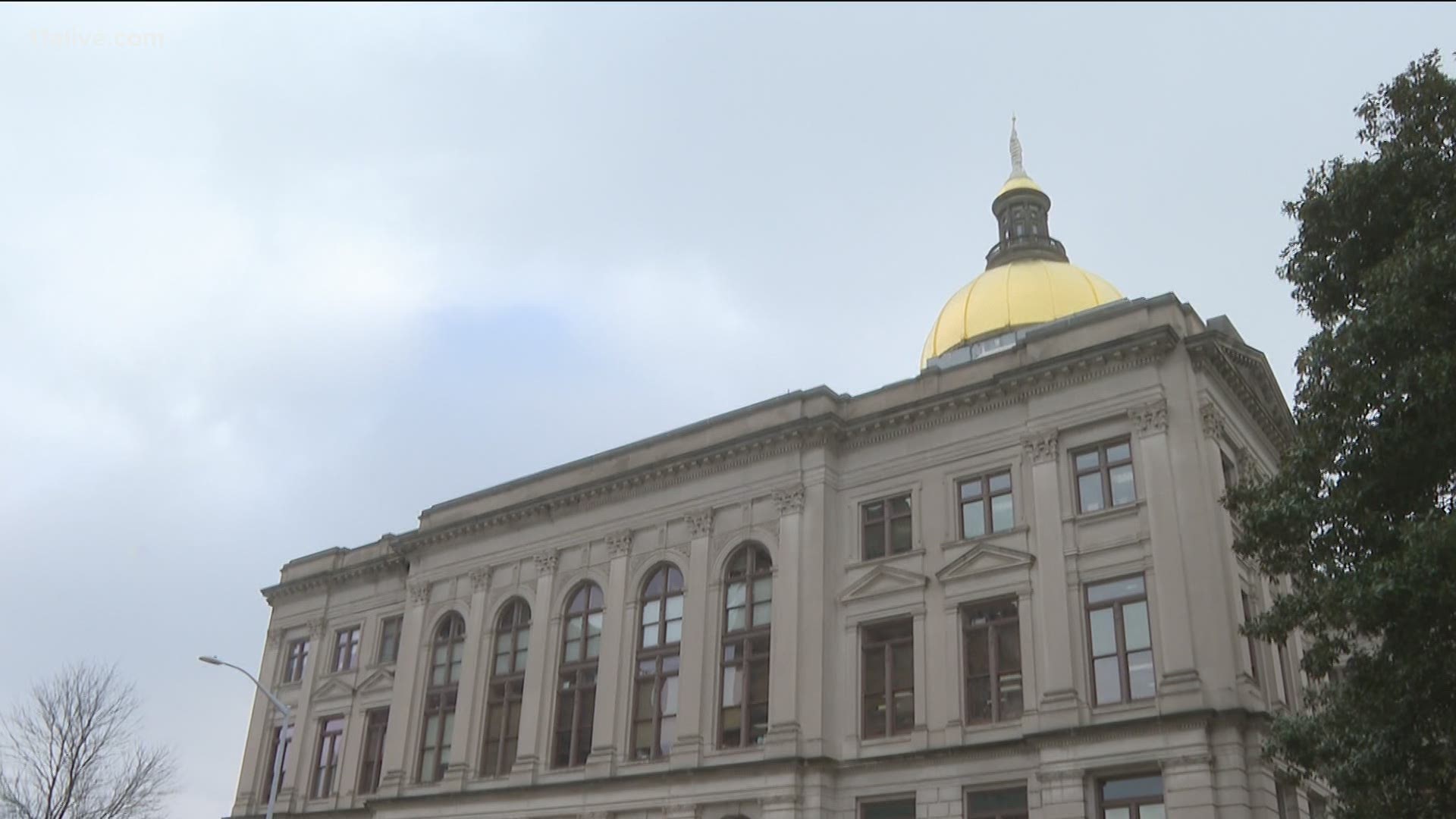 ATLANTA — In less than a week, President-elect Joe Biden will be inaugurated in Washington, D.C.

A larger-than-usual security perimeter has been built around the U.S. Capitol building, where the ceremony will take place. The cordon was put in place following last week's violent, deadly riot that breached the normally well-guarded building.

Meanwhile, the Federal Bureau of Investigation has warned of possible armed protests at capitol buildings in all 50 states over the next week.

11Alive News spoke with Georgia Bureau of Investigation Director Vic Reynolds on Thursday about what has been monitored in Georgia.

According to Reynolds, that does not mean his agency is not lowering its guard though. They know security issues or gatherings can come together in a matter of hours.

"There may be a social media post in the morning or early afternoon that may say, 'let's do something at four or five,' and it can just produce and grow from there," he said.

RELATED: Inauguration Day 2021: What we know about the plans so far

The FBI alert, which was reported by the Associated Press earlier this week, pointed toward the possibility of armed protests nationwide from January 16 through January 20 -- the date of Biden's inauguration.

At the Georgia State Capitol building this week, there has not been a visible showing of extra officers, but a few extra security items have been noticeable.

Reynolds said the GBI's role in the local, state and federal security plan currently being used is to investigate possible threats and to feed intelligence information to law enforcement in the streets.

A similar plan was used extensively during large protests in downtown Atlanta and outside the State Capitol last summer.

"I think we were in the operating center around nine days or so," Reynolds said. "That plan, that basic plan is in effect with how we work with each other -- both federal, state, and local -- but you always tweak it, depending on what you're facing at that particular time."

According to Reynolds, the easiest way for the public to help is by using the See Something, Send Something smartphone app that the state launched in 2018.

Emergencies should still be handled by calling 911, according to the app's website, but the app lets users send photos and notes of something suspicious directly to the GBI for investigation.

In the past, the app has been used to learn about potential gang violence or situations in schools.

"A couple of circumstances where the potential for violence in our school systems around the state have been thwarted by a result of the See Something, Send Something app," Reynolds said.

Currently, the GBI is seeing an increased amount of tips being submitted by the public. Some of those tips are in reference to possible events locally.

Other tips are detailing the events in Washington and possible connections to Georgians that may have been involved. Those tips are handed off from the GBI to the FBI which is leading the investigation into the riot at the U.S. Capitol.

"We are seeing an uptick in that," Reynolds said of tips coming in from the public. "Obviously, with the events that took place at the Capitol, we are concerned about that and we are worried, but I will tell you, I feel comfortable about the security plan now and we are certainly diligent. And hopefully, we will be ready for whatever comes. We hope it's nothing, but whatever comes, I think we will be ready."