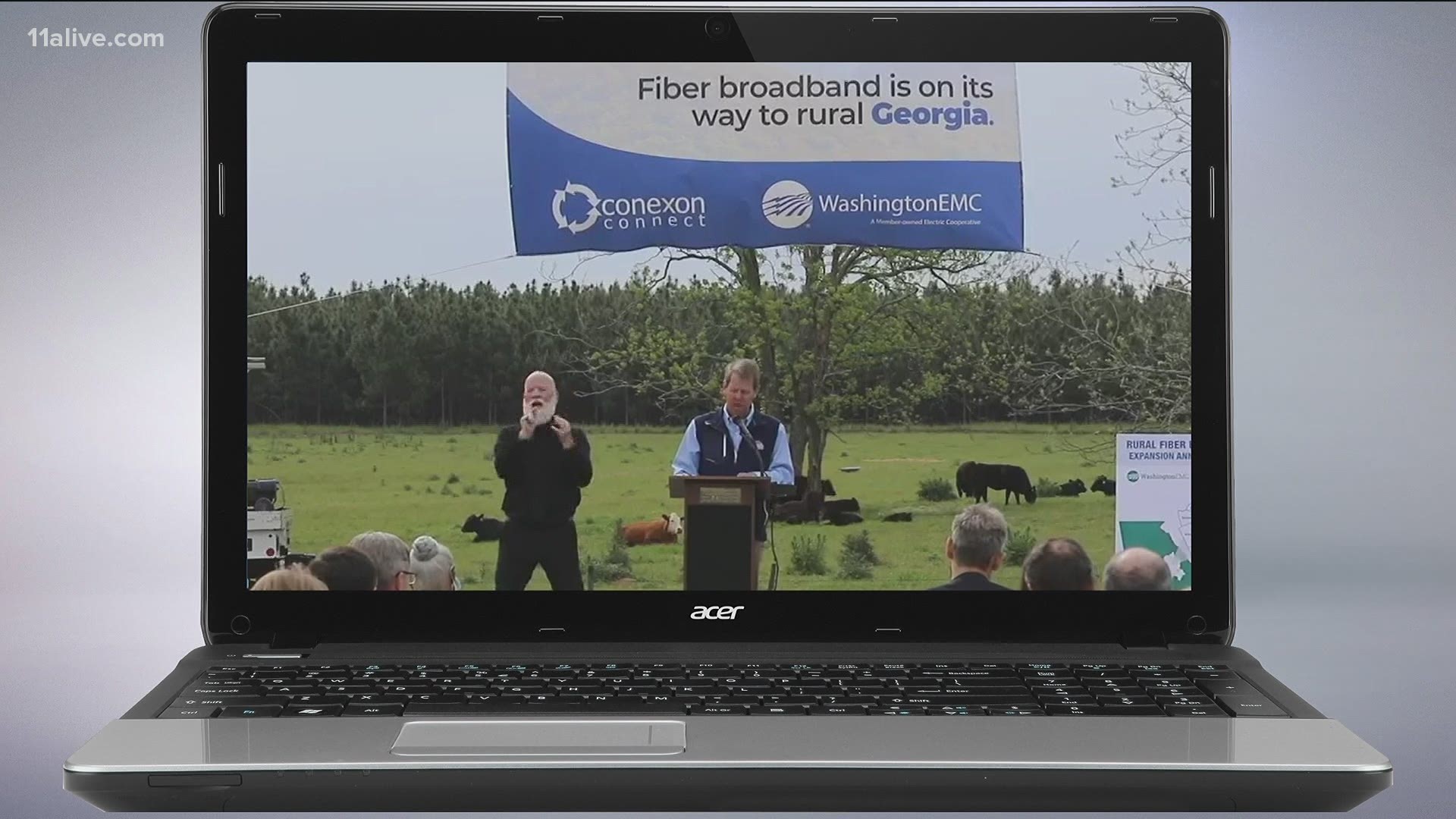 ATLANTA — More than 12,000 homes and businesses in rural Georgia will get new high-speed internet access, according to Gov. Brian Kemp, under an initiative announced on Friday.

The governor announced that Washington EMC, a utility that operates in middle Georgia, and Conexon Connect, an organization that specializes in rural high-speed internet service, would be partnering with the state on the initiative.

The governor said Washington EMC would be investing $52 million into the initiative, with Conexon Connect contributing $2.5 million.

They will partner to "design and build a 3,000-mile fiber network that will serve two strategic purposes: provide improved electric service and increased reliability through smart grid capabilities, and provide high-speed internet access to all 12,200 WEMC members within the next three years, beginning as early as first quarter 2022," the governor's office said in a release.

According to the governor's office, Washington EMC will own the fiber network and "lease excess capacity to Conexon Connect, which has agreed to serve every EMC member with fiber-to-the-home internet speeds up to 1 Gigabit per second."

“The announcement we are making today will have a real impact on hard-working Georgians by providing new job opportunities, improved education tools, and access to telemedicine,” Gov. Kemp said in a statement. “This is yet another great result of the General Assembly working with my office to pass and sign Senate Bill 2 into law in 2019, which authorized EMCs to provide broadband service. The legislation is doing exactly what it was intended to do: encourage EMCs and community leaders to work together on developing creative solutions to close the gap on the digital divide in our state.”

The governor has made rural economic development a priority of his administration, with a number of similar internet access announcements made in the last few years.