A House delegation traveled to south Georgia to meet with women at the facility on Saturday. They described seeing 'horrific' conditions. 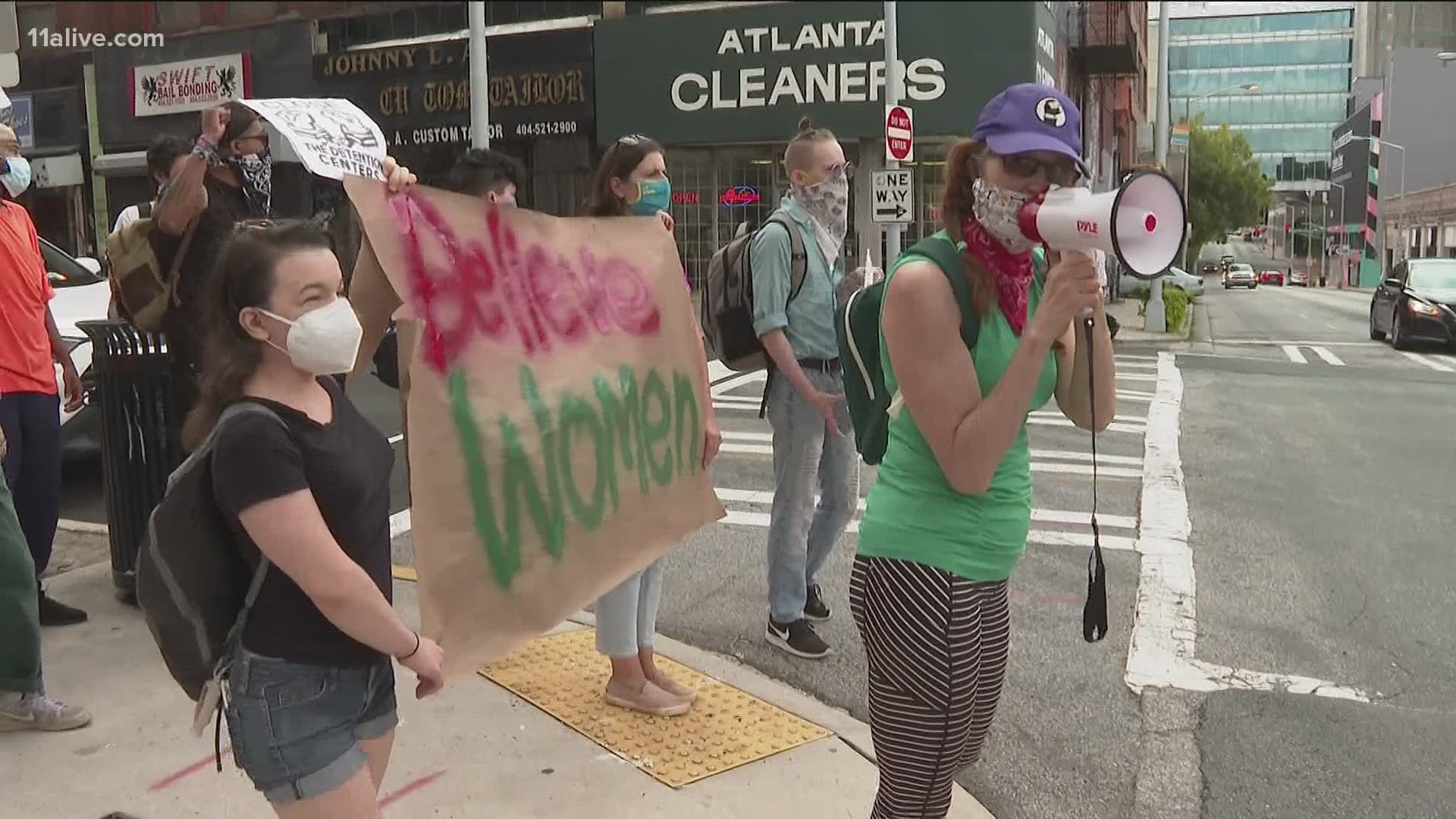 ATLANTA — A House delegation that traveled to south Georgia on Saturday to inspect the contentious Irwin County Detention Facility described "misery" among detained migrant women, fearful of seeking medical care from a doctor alleged to have serially performed unnecessary, unwanted and reckless gynecological procedures on them.

Multiple representatives who met with women at the facility described a fearful climate. Women would see others returning from visits to the doctor sick and in pain, they said, and not want any procedures done on them.

If they refused, Reps. Pramila Jayapal of Washington and Nanette Barragán of California both described hearing of women who received shots or injections of Depo-Provera, a contraceptive drug.

Rep. Hank Johnson of Georgia, who serves the 4th District east of Atlanta, described hearing from a woman who said she was referred for mental health issues by the physician associated with the detention facility, Dr. Mahendra Amin, simply because she did not want to submit to a procedure.

The facility has been the target of Democrats and activists since a whistleblower nurse alleged systemic mistreatment there.

Dr. Amin has been accused of performing a range of procedures, including a disputed claim of mass hysterectomies, that lacked informed consent from the women they were performed on.

"One had medical records from Dr. Amin and showed me the documents that, 'I was given shots. I don't know what it's for. Can you read it and can you tell me?"' Rep. Barragán described. "Clearly she did not give consent, she didn't know what it was for."

She said that woman described bleeding for 42 days after seeing Dr. Amin.

Rep. Jayapal described a pattern of coercive medical practices on the women by Dr. Amin - invasive inspections, ultrasounds and penetrative touching, without being asked for consent. Often, she said, they're told they have a cyst.

Medical institutions describe cysts as generally common and "usually do not cause symptoms," and may only require routine exams to check on their size, though minor surgeries are also said to be "simple to perform and resolve the issue."

He said the women asked, "Why does everyone have ovarian cysts?"

An Associated Press investigation earlier this month found a number of women who described receiving procedures they had not sought and did not understand.

It did not find evidence of mass hysterectomies, the most explosive claim in the original whistleblower complaint filed by the nurse, Dawn Wooten, and an advocacy group, Project South. Republicans have seized on that, including Georgia Reps. Doug Collins and Austin Scott, who on Friday called the claims "at best, exaggerated and, at worst, completely fabricated."

But the AP found accounts of a woman who said she felt she “didn’t have the opportunity to say no” and a woman who was "shocked" when she discovered one of her two fallopian tubes had been removed during a procedure for a separate matter, according to her attorney.

On Saturday, Rep. Barragán said the women were being treated like "animals" and that they were "being told they were criminals, calling them cockroaches, mistreating them."

"Can you just imagine? These are somebody's mother, somebody's daughter and we're treating them like animals," she said. "You can see the impact on their health, their mental health."

Eleven members of the House Judiciary Committee and Congressional Hispanic Caucus made the trip on Saturday. They described meeting with multiple groups of women, including one group of eight which included two Chinese-speaking women for whom there was no translator.

Rep. Sylvia Garcia called the operation in Irwin County "one of the most outrageous examples of violations of human rights that I’ve ever seen."

Rep. Johnson and others vowed that they will "continue fight to close these kinds of facilities that are inflicting misery on detainees."