Ware State Prison is nearly four hours from Atlanta, near Brunswick and Valdosta.

At least 5 people were injured overnight in a riot at Ware State Prison in Waycross.

According to a Georgia Department of Corrections news release, it happened around 10:45 p.m. Saturday and the exact cause is unknown.

GDC says two staff members had minor injuries and three inmates were injured over the course of the incident.

A golf cart was set on fire and several windows at the prison were broken, but GDC says there was no major damage to the facility and at no time was public safety at risk.

The prison was locked down around 1 a.m. Sunday.

A somewhat different story has emerged from inside the prison where some inmates had cellphones.

Roderick Lawson, an inmate inside the prison launched a Facebook Live describing parts of what was happening, along with some of the injuries to persons there.

According to the nearly 12-minute long video, at least two men had been shot, one man in the side and a second man in the forehead, leg and chin.

For the majority of the video, two apparently injured men can be seen on a concrete floor, with blood-soaked, makeshift bandages tied around their wounds.

13WMAZ has opted not to show the video due to its graphic nature.

Ware State Prison is located in Waycross, about three hours from Macon near Brunswick and Valdosta. 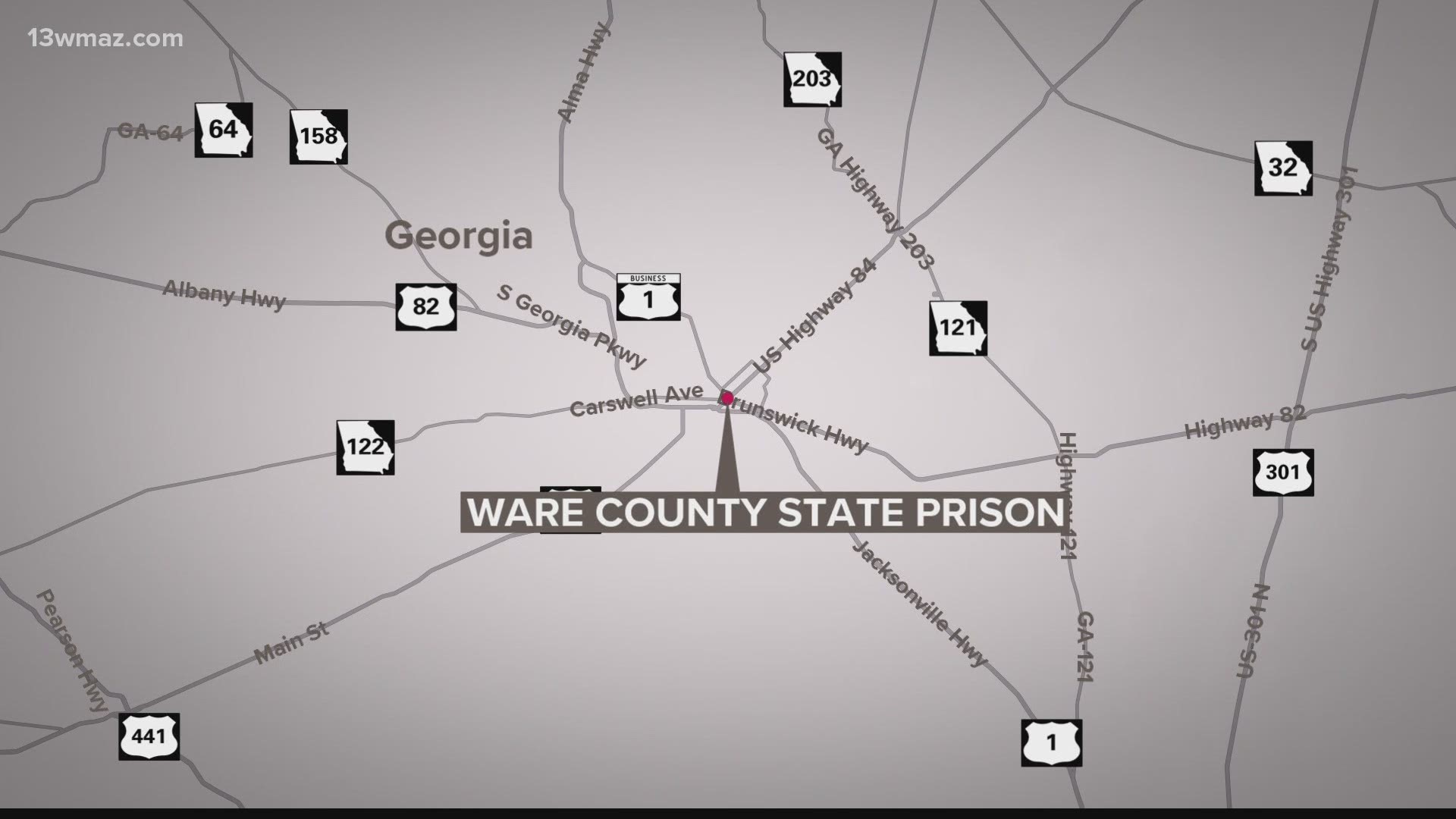