Former president Donald Trump is still talking about Georgia and the November elections. 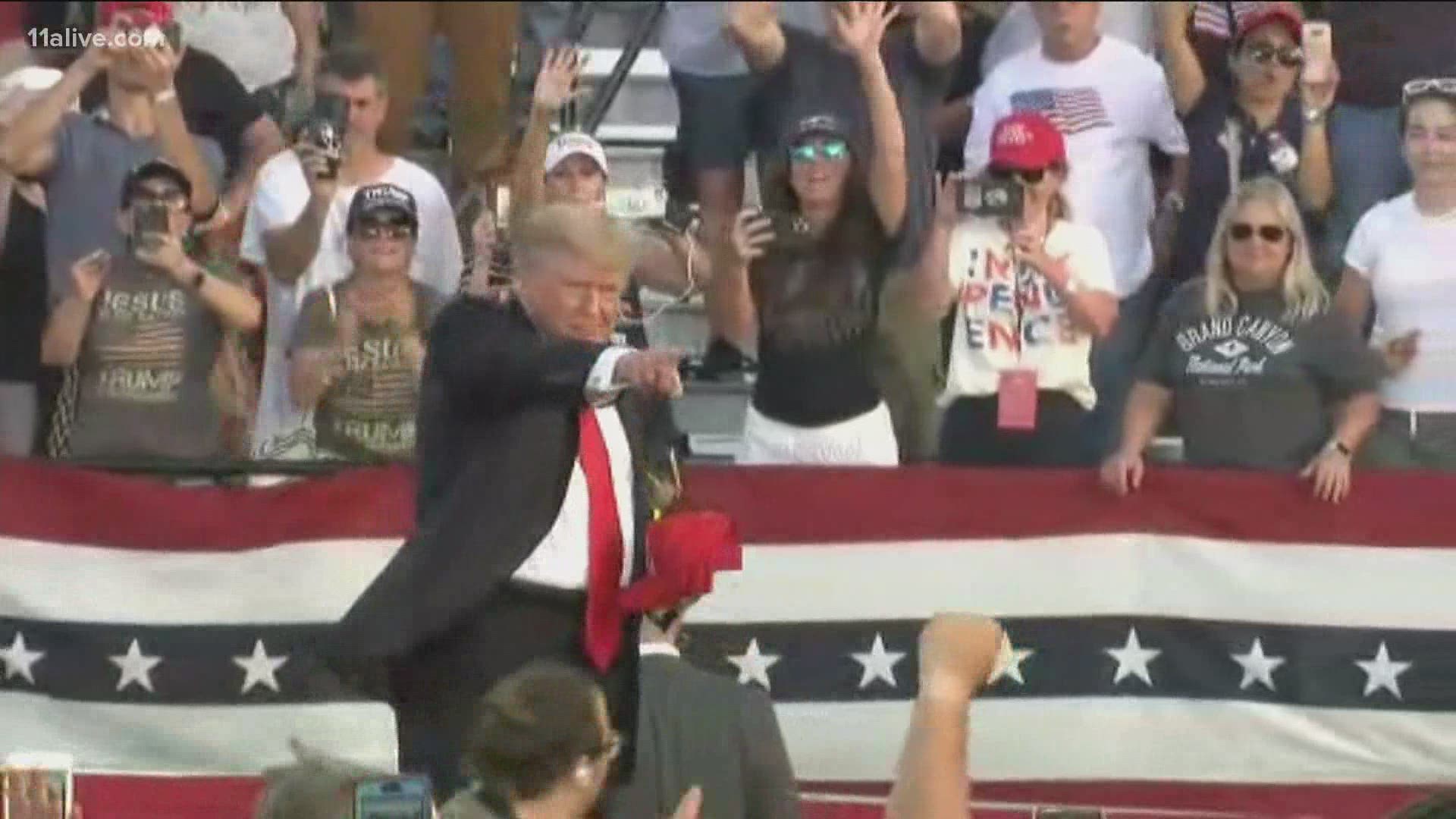 ATLANTA — At an Ohio rally Saturday, Trump continued pushing false claims the election was stolen and attacked Governor Brian Kemp and Stacey Abrams during his speech.

“It’s really something that, to the best of my knowledge, is unprecedented,” said UGA Professor Joseph Watson, Jr.

Watson, Jr. is a political public policy professor and former appointee in the George W. Bush administration. He said he’s never seen a former president hit the campaign trail to target members of the same party.

The former president has since said he’d campaign against Governor Kemp’s re-election bid. However Watson said he doesn’t believe even trump’s words can disrupt Kemp’s efforts.

RELATED: These new Georgia laws go into effect on January 1

“You have former Democrat Vernon Jones who is planning to primary the governor but even with President Trump’s support, it’s hard to imagine Jones upsetting Kemp in a primary election,” he said.

Watson said the race Trump may have an influence on is the Secretary of State’s race where Republican Congressman Jody Hice is challenging Brad Raffensperger in the primaries.

“That’s one where I think it is going to be potent, in a race like that. That’s one I would be keeping my eyes on,” he said.