University System of Georgia 'will mirror state plan' to give $1,000 bonuses

State leaders announced this week an approved budget to give $1,000 bonuses to state employees making less than $80,000. 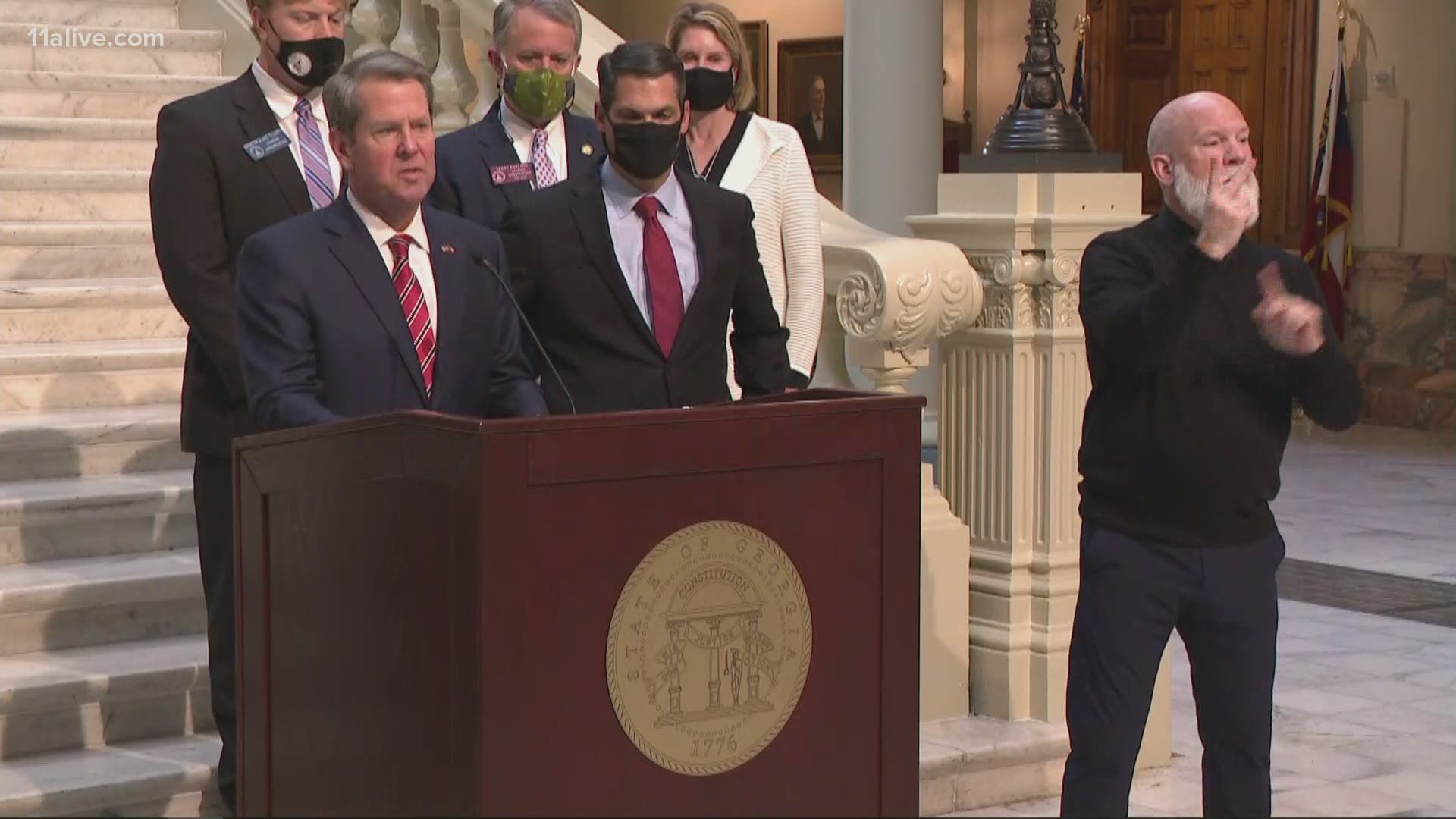 ATLANTA — The University System of Georgia said Friday that it would "mirror the state plan" on giving $1,000 bonuses to employees making less than $80,000 a year.

Georgia officials announced the plan for state employee bonuses this week, which was itself an outgrowth of a plan to give bonuses to teachers.

RELATED: $1,000 bonuses to be given to most state employees, Georgia leaders say in budget announcement

The state's public universities will follow suit, saying in a statement: "We were aware of the discussions and the possibility of this action and will mirror the state plan."

The University System of Georgia is comprised of about 25 public colleges and universities in the state, from the flagship University of Georgia to Georgia Tech to smaller institutions such as Abraham Baldwin Agricultural College. It also administers the Georgia Archives and Georgia Public Library Service.

It wasn't immediately clear how many USG employees might qualify for the bonus.

In announcing the state employee bonuses on Wednesday, officials including Gov. Brian Kemp and Georgia House Speaker David Ralston said those bonuses would cover roughly 57,000 people across most state agencies.

"Our state employees have worked incredibly hard despite a global pandemic. They have been going above and beyond the call of duty to deliver essential services to our most vulnerable, keeping our businesses open and delivering financial assistance to those who, quite honestly, many days were losing hope," Gov. Kemp said. "And like so many hard-working Georgians, they juggled jobs and school and the new normal for their kids and their families, like we all have, and from those of us here today we simply cannot thank you enough."