With the help of performance capture technology, the world of dolls came to life helping Mark Cope with a terrible beating that he continued to live over and over, wearing heels also helped mark feel confident and in control. 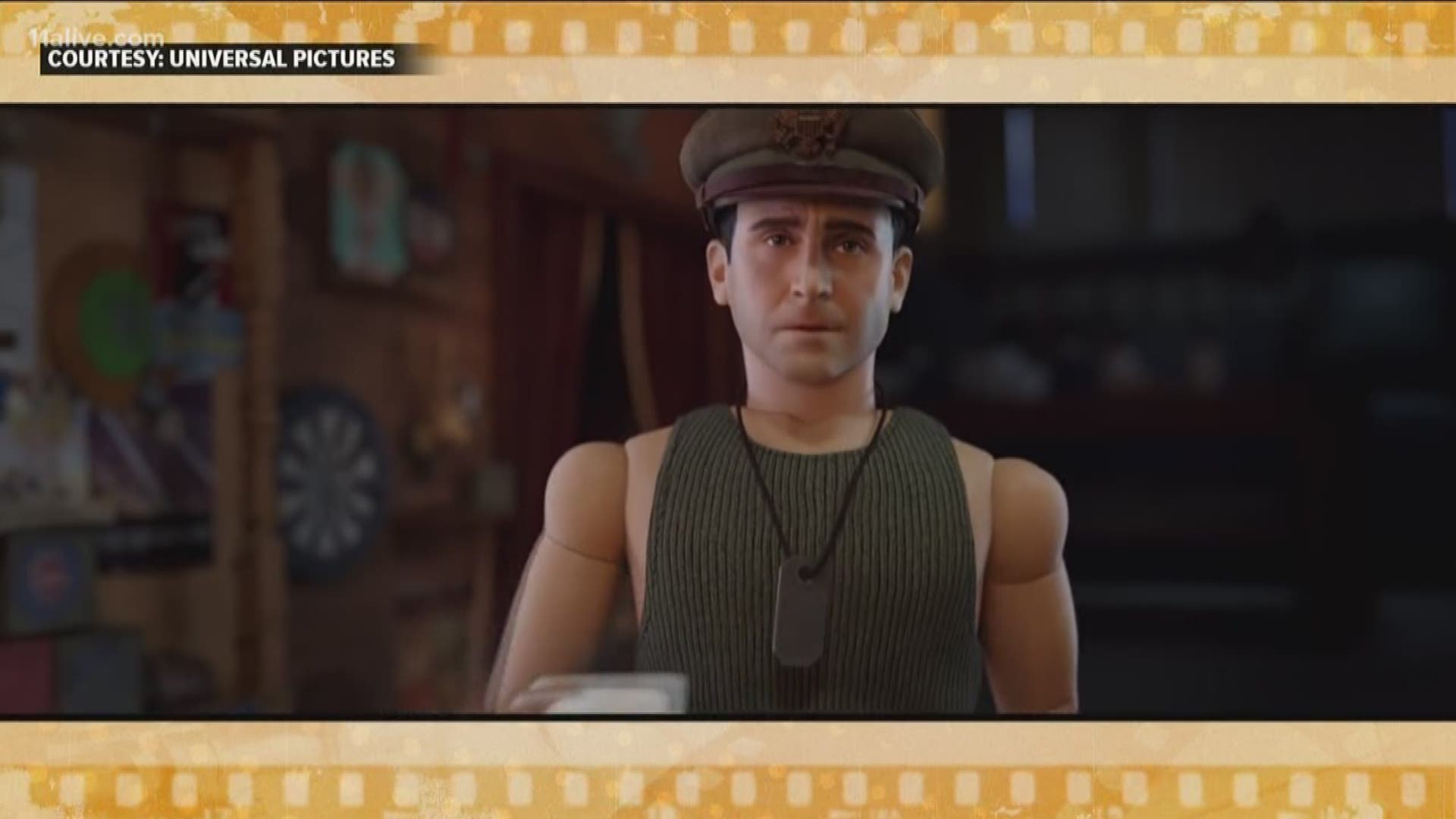 ATLANTA — Steve Carrel is back like we have never seen before! His new movie ‘Welcome to Marwen’ hits theatres nationwide December 21, and Francesca Amiker spoke with him and the director and learned the hardest part about shooting the film.

It’s the fascinating real-life story of Mark Hogan Camp, a war veteran who survived an attack where no one expected him to recover.

A story that helps him cope in his imaginary world called Marwen and the story came to life with the help of two big names.

“This had the journey of a man who threw his art healed himself but then I'm also looking for something that I can present that we have a never seen before,” director Robert Zemeckis tells The A-Scene.

“Meeting him (Camp) in person, he's an astounding guy. Really generous, kind. Really humble and amazed that this was actually happening and that anyone was interested in telling a story,” Carrell said.

With the help of performance capture technology, the world of dolls came to life helping Mark Cope with a terrible beating that he continued to live over and over, wearing heels also helped mark feel confident and in control.

Carrell tells The A-Scene it was the hardest thing he ever had to learn.

“They sent me boxes of heels at my house so I could practice like months in advance,” Carrell said. “It's hard. It's difficult to do. I love it. I have 30 pairs of shoes.”

In the movie, women seem to be Mark's savior giving him the courage to face his attackers. But audiences will also notice there's one doll that tries to set him back, a doll that may be in all our lives.

And you may notice some of those dolls are played by big names like Leslie Mann, Janelle Monáe, and Diane Kruger.