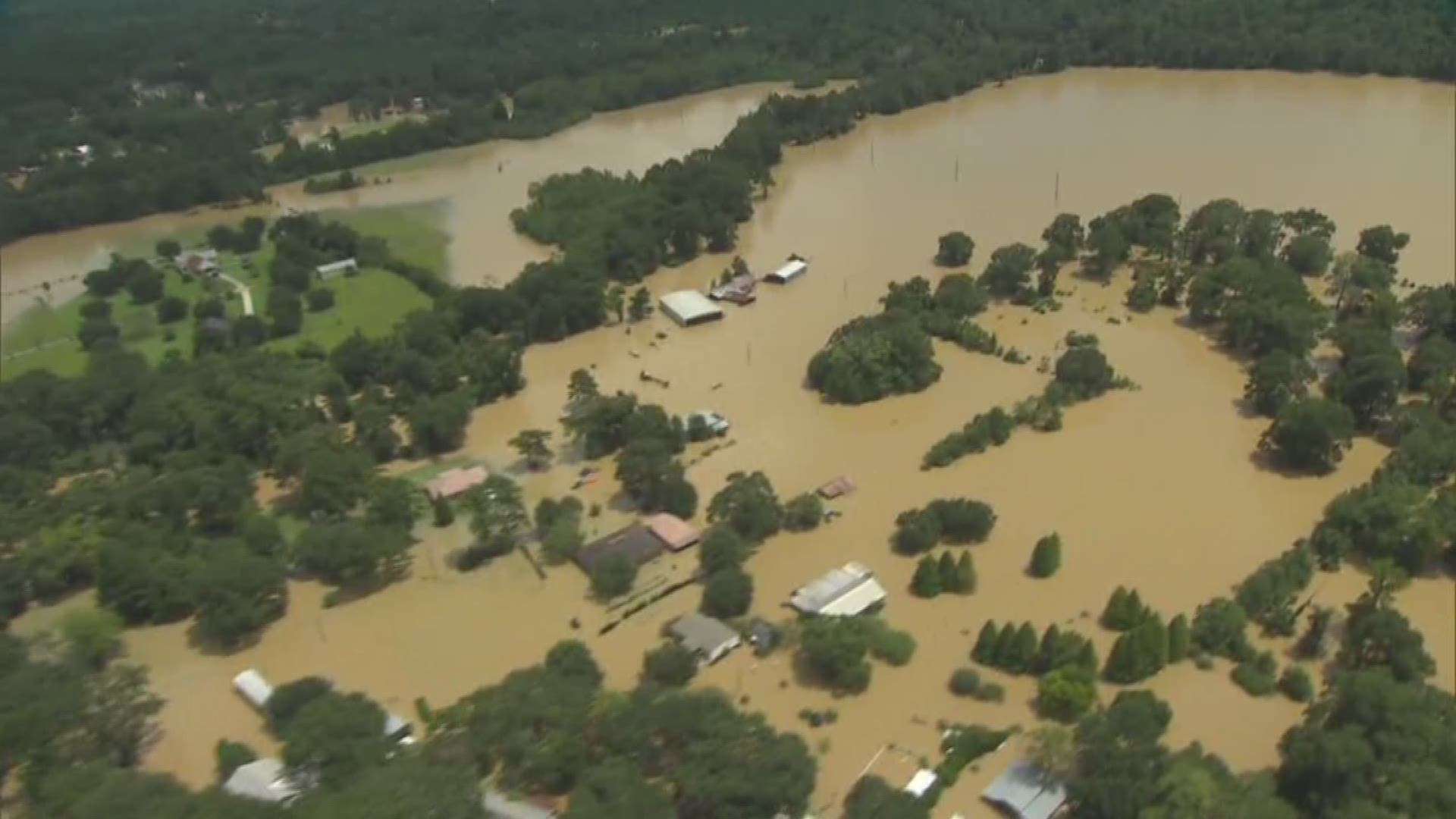 SLIDELL, La. -- The after-school routine for the Theriot family remains the same even though the home and the school have been different since Tuesday.

"I think it's crazy. I don't know what else to say," Alexandra Theriot said. Her brother, Benjamin said, "I think it's fun."

The family was flooded out of their home in Denham Springs and have found much-needed refuge with relatives and the St. Tammany School District in Slidell.

"It's been amazing, we know that the kids are happy and safe and learning," mom Lora Theriot said. "They have literally welcomed us with open arms with supplies and book bags and hugs."

Bonnie Clement's granddaughter, Ava, also started school in Slidell this week, because her home and school were flooded in Prairieville. Ava's parents say the opportunity has been a God-send for their recovery efforts and their daughter's peace of mind.

"The principal, Ms. Mary Jane, walked by, she stopped and said hello and welcomed her. And it put a smile on her face, kind of made her feel at ease," Clement said.

"She wanted her back in a normal routine," Clement said of her daughter Regina, Ava's mom, "We have no idea when school's going to open up. She can't stay up there with them, they don't know where they're going to be one day from the next."

Superintendent Trey Folse said the school district was ready to help from day one of the flood and said they have helped like this before.

"We have people set up at each school to welcome these people, much like we did after Hurricane Katrina," Folse said. "Many people from St. Bernard Parish came to our school system."

Images: Faces of the Louisiana Flood

1 / 22
SORRENTO, LA - AUGUST 17: Joshua Stein (L) and Jacob Stein unload prom dresses from a boat they helped retrieve from a flooded home on on August 17, 2016 in Sorrento, Louisiana. Tremendous downpours has resulted in disastrous flooding, responsible for at least seven deaths and thousands of homes being damaged. (Photo by Joe Raedle/Getty Images)

Those welcoming the outsiders said they are happy to do so. Some are also helping on their own with school supply drives, like Bonne Ecole parent Marcello Barbaro.

Folse said there are 20 displaced children signed up for now, and they do expect the numbers to grow.

As families get a better sense of the timeline for returning to their homes and their schools' recovery, Folse said some families may seek more permanent housing in St. Tammany as a result.