He thought it was going to be his first Super Bowl experience. Now, a ticket buyer said he’s been left to try and track down the man who scammed him out of 50 yard line tickets. 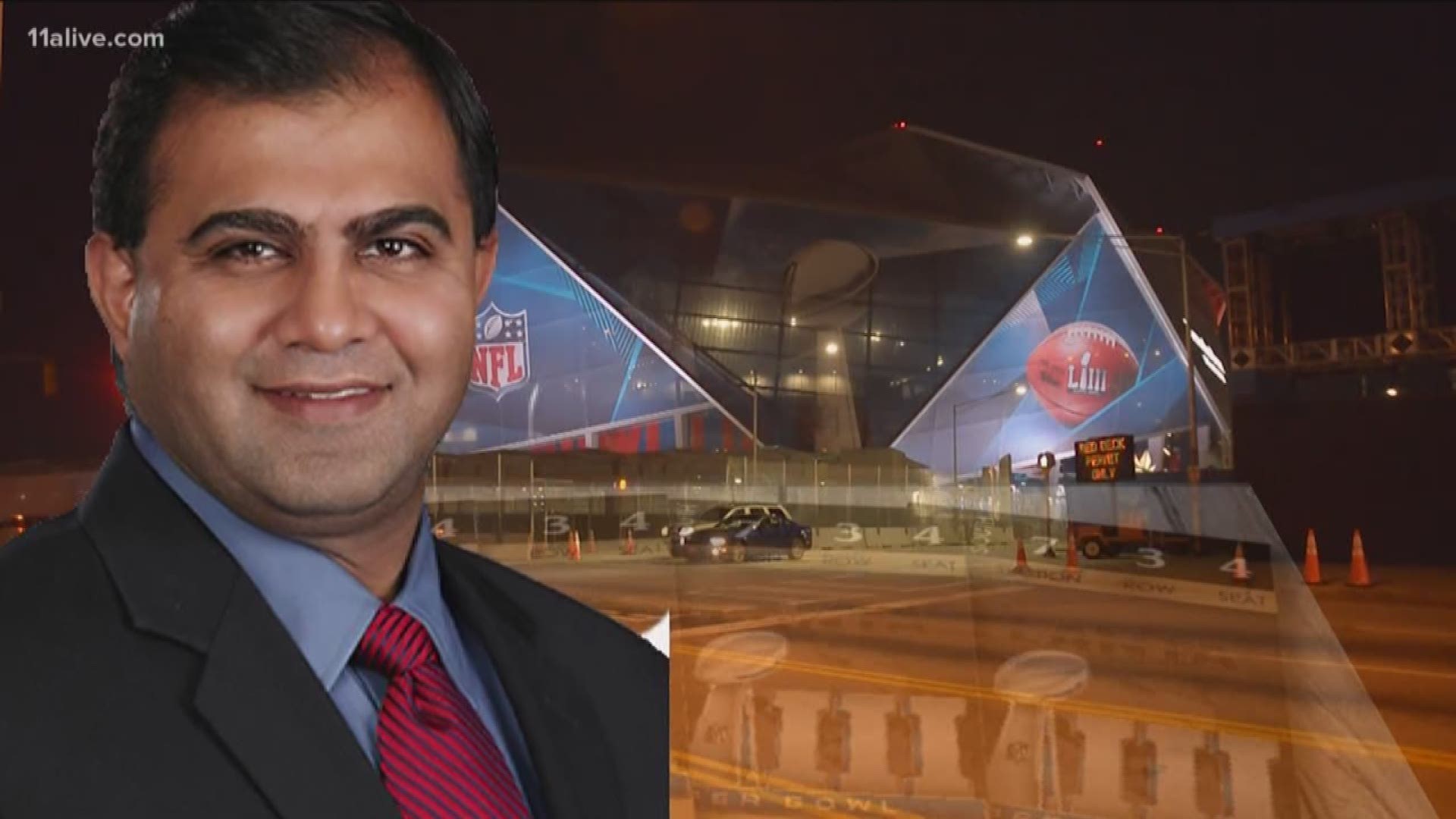 GWINNETT COUNTY, Ga. — Just days away from Super Bowl 53, tickets to the game are in high demand. But even buying tickets months in advance can come at a risk.

Take it from John Brunetti.

In what should have been his first Super Bowl experience, Brunetti said he’s been left to try and track down the man who scammed him out of 50-yard line tickets.

“Very rarely, we see a Super Bowl come through your city in a lifetime, and this was a great opportunity to get a chance to see some great football,” he explained.

But that simple wish turned into a major financial setback. Gwinnett County Police say Brunetti made a deal with Ketan Shah, a board member of the Georgia Indo-American Chamber of Commerce. It was for 10 tickets that police said never showed up.

“I knew that I couldn’t meet him in person. I just had his business address. I just said it would be easier to mail it to you. I said I know where he lives,” Brunetti explained.

He was introduced to Shah through his brother-in-law. The deal seemed like a sure thing.

“I even had him sign a contract that if he didn’t give me the tickets, he would give me the face value of the tickets so I could at least pay for those on the day of the game,” Brunetti added. “He was like, ‘yeah no problem.’”

But a little more than a month after that hefty purchase, there were no tickets and Shah had gone silent. Brunetti went to his office where he found Shah’s wife.

“She said, ‘why would he sell Super Bowl tickets? He doesn’t have them,’ and I said, ‘well I sent the money’,” Brunetti recalled.

And that’s not all. Brunetti said Shah’s wife told him her husband went missing weeks ago.

“I just didn’t account for maybe this guy will leave his job, leave his wife, leave his 12-year-old son, his daughter who’s at UGA and just skip town,” Brunetti said. “I never in a million years played that into a possible scenario.”

A Gwinnett County Police reports show Brunetti is one of at least five others claiming to be scammed out of money for tickets by Shah.

“It’s upsetting. The money’s gone. I don’t think I’ll ever see a dollar of that back,” Brunetti said. “But if I could at least get this guy arrested and put behind bars, then every time I have a bad Monday I could go visit him and jail and say, ‘at least I’m not this dude.’”

Brunetti is now joining forces with the other alleged victims, hoping to find Shah to recoup some of their money, even if he has to go after his business. And even though he won’t be at the game, Brunetti said he still plans to enjoy Super Bowl Sunday at home with friends.

How to blow a million dollars at Super Bowl 53

From I to LI: All 51 Super Bowl tickets