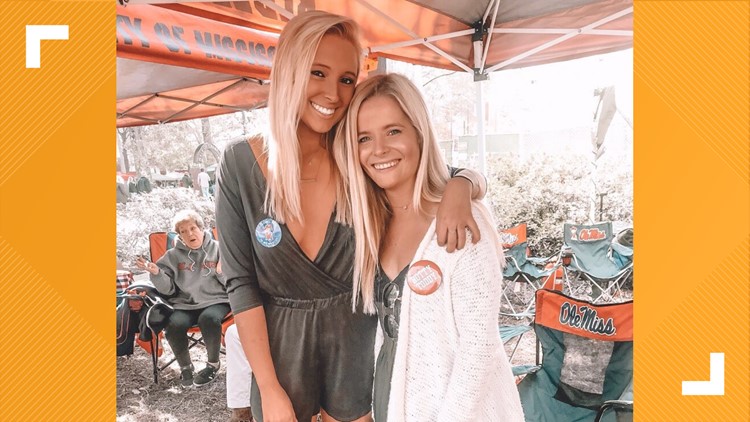 ‘Sweet, genuine and always had a smile on her face’ | Loved ones mourn the loss of Ole Miss student from St. Louis

HARMONTOWN, Miss. – An investigation is underway into the death of an Ole Miss student who is from St. Louis.

Brandon Theesfeld has been arrested in connection to Kostial's murder. He made an initial court appearance Tuesday. He was also a student at Ole Miss, but officials have not said if the two knew each other.

Police said they were on routine patrol when they found 21-year-old Alexandria ‘Ally’ Kostial dead. Her body was found near a lake – about 30 miles from campus.

'Yesterday, Saturday afternoon, we were visited by the Sunset Hills MO Police who communicated to us that our beautiful dear Alexandria (Ally) Kostial was the victim of a homicide. As of now, it is believed the crime happened in Lafayette County, MS.' Keith Kostial said on Facebook.

According to a Facebook post from Ally's father, she is a graduate of Lindbergh High School. He also said she had been attending summer school and teaching fitness classes at the University of Mississippi.

A GoFundMe has been set up by a family member to help with funeral expenses.

A spokesperson from Lindbergh High School shared a statement with 5 On Your Side Monday morning,

'Our hearts are broken for the Kostials and we extend our deepest sympathies to them at this time.'

Friends described Kostial as sweet and genuine and said she always had a smile on her face.

"She was quite possibly the nicest human being I have ever met," said Anna Pasco, who met Kostial in their freshman year at Ole Miss. " Ally was just one of those people that constantly lift you up, so that’s why it’s so hard for me and her other friends because no one deserves this."

The University of Mississippi released the following statement to NBC-Affiliate WMC,

‘We are truly saddened by the death of Alexandria Kostial. Ally was a valued member of our campus community. We extend our deepest sympathy to her family, friends, and classmates and stand ready to support them during this time. We appreciate the work of the Lafayette County Sheriff’s Department and Coroner as they conduct their investigation.’

'Our thoughts and prayers are with Ally's mom and dad, the rest of her family and friends, and the Ole Miss and St. Louis County communities. It's obvious that she was a special woman who brought light to a lot of people.'