Thanks to hard work and a helping hand from the community, one family is creating a new home in metro Atlanta. 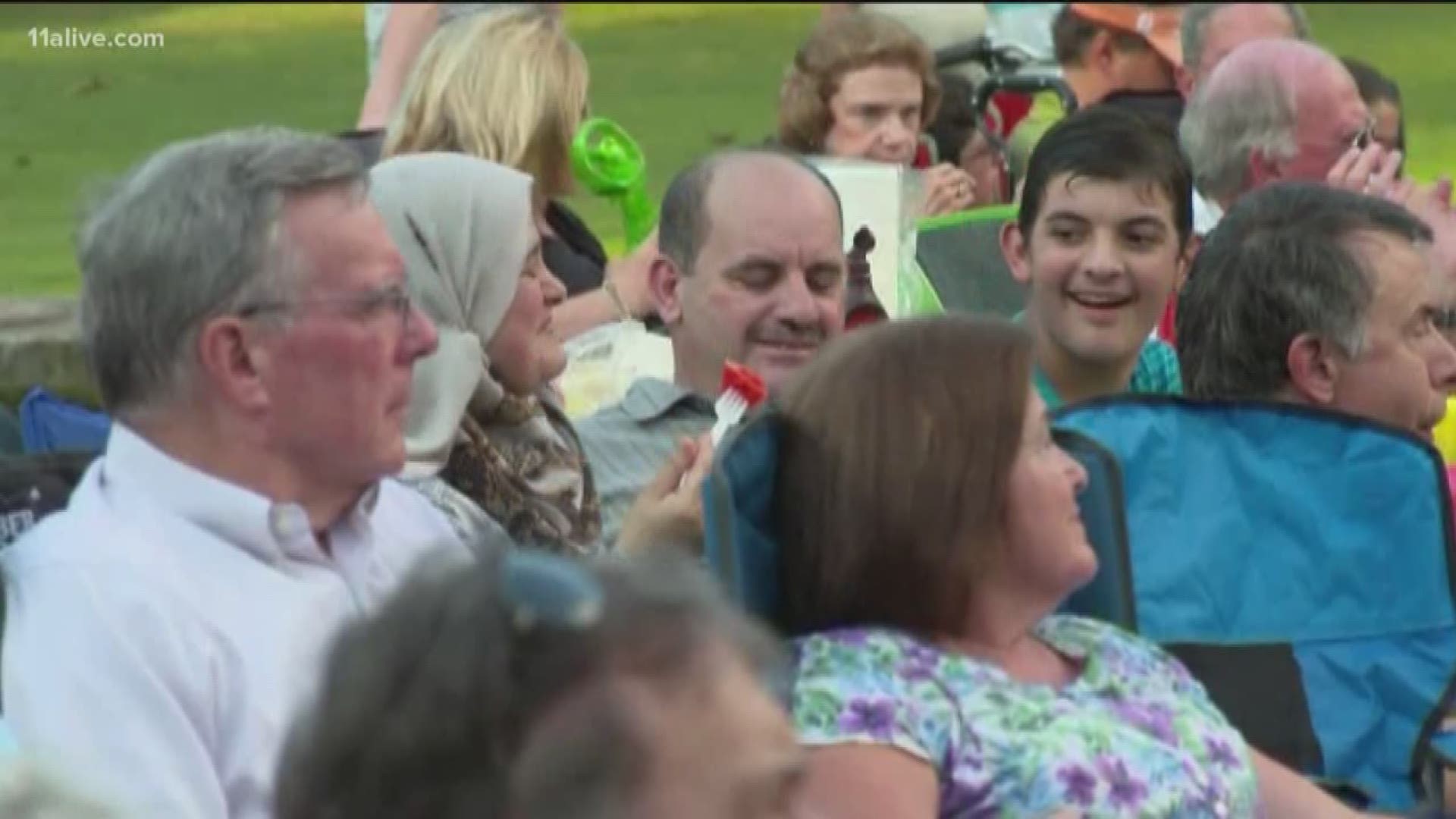 Watching Yaser Musa work a sewing machine is like watching a dance. His craft, a thread connecting the Syrian tailor's former life in Aleppo to his family's new home in metro Atlanta.

While Yaser doesn't speak English, his wife Barwin, formerly a history teacher in Syria, has spent hours a day in an intensive English program. She shared their family's story with 11Alive.

For their children, Yaser and Barwin chose to make a change, fleeing Syria, temporarily escaping to Turkey. Soon after, the family learned their house had been flattened. They applied for refugee visas in the U.S., leaving their lives behind.

"It's unimaginable to most of us," Beth Gilchrist, who family runs Lost World Adventures in Decatur, said. "We live such comfortable lives. We fret if we run out of milk and toilet paper, and they had to leave everything behind."

In fiscal year 2016, 3,015 refugees resettled in Georgia, according to U.S. State Department data. The Department of State/Bureau of Population, Refugees and Migration determining how many refugees the state receives annually, according to a spokesperson for Georgia's Department of Health and Human Services. From Oct. 1, 2016 - September 30, 2017 (Fiscal Year 2017), the total number of refugees resettled in the state was a little more than half of the previous year's amount: 1,877.

For Gilchrist, supporting the international community is necessary.

"Wherever you go, you have commonality with people," she told 11Alive. "I truly believe that with Yaser and Barwin and their family."

After meeting through friends at a Syrian supper, Gilchrist and her husband Andrew wanted to help, ultimately offering the Musa family her Decatur office on Saturdays as a place to meet customers.

"We're happy to do it, to bring them in the community," Gilchrist said.

"We just needed to connect him with resources and customers," Cox said. "It was a great way to support those who had fled a brutal war and had sought refuge here for their families. We wanted to let them know that Americans living in their communities still welcomed them."

This June, Barwin celebrated her graduation from an English language intensive, as she continues to juggle helping Yaser with customers, a restaurant job and being a mom to five children.

While the Musas still have family in Syria, Barwin reiterates that gratitude for those in their new home who've lent a hand.

"It's important to open our minds and our hearts," Gilchrist said.

Nearly 69 million people around the world are currently displaced from their home. fleeing war, violence and persecution. According to the latest report released from the U.N. Refugee Agency, that's equivalent of one person every two seconds.