In new court documents, Ryan Duke has rescinded his confession.

ATLANTA — Ryan Duke, the man who will go to trial soon for allegedly killing Tara Grinstead, has changed his story. In new court documents, Duke said he was asleep at home the night the beauty queen went missing from her home in Ocilla, Georgia.

Bo Dukes is also charged in connection with the Grinstead case. He’s accused of helping hide Grinstead’s body and lying to investigators. Dukes was recently charged with raping two women on New Year’s Day near Macon, GA. He fled the area but later turned himself in to police. He’s behind bars in Macon-Bibb County now. 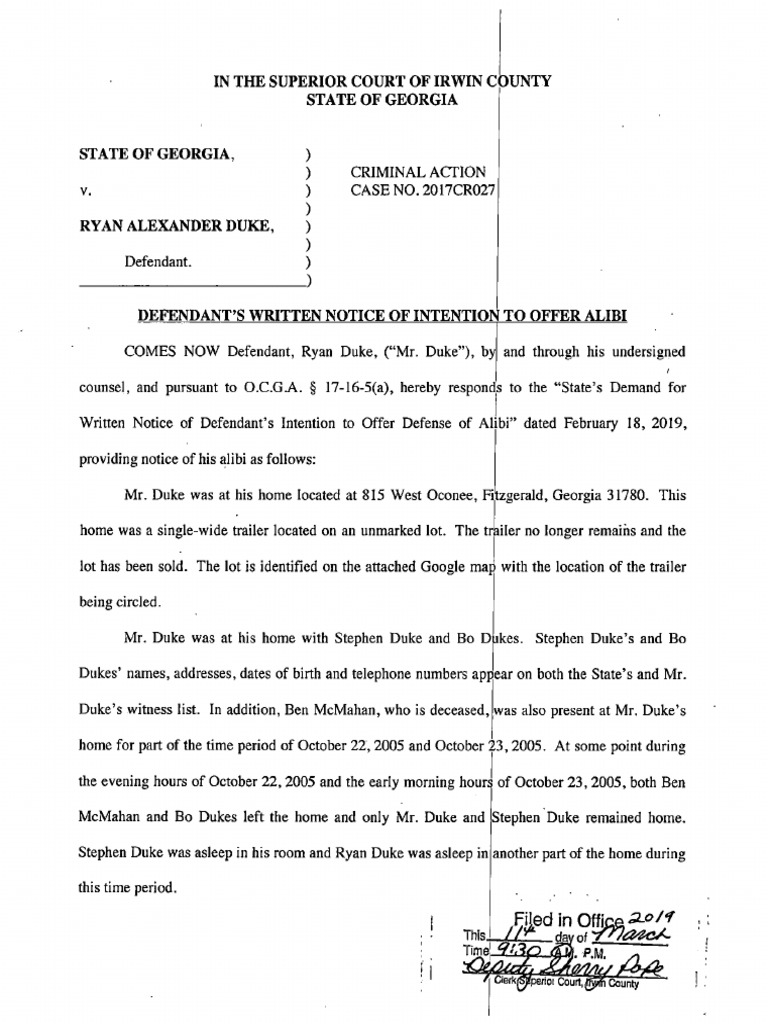 Grinstead was a beloved member of the Ocilla community. She was a former beauty queen and a popular school teacher when she went missing. She was last seen attending a cookout at a friend’s house on Oct. 22, 2005. She was reported missing two days later when she didn’t report to work. Her house was found locked, her car was in the driveway and her pets were home. The only things missing were Grinstead’s purse and keys.

A tip led police to Ryan Duke in 2017 and he was arrested a short time later, Police say he confessed to killing Grinstead but Ryan Duke’s lawyer said in court documents that he confessed because he was scared of his co-defendant, Bo Dukes.

After the arrests of both men, the GBI searched a pecan farm for Grinstead’s body but it has still not been recovered.

Bo Dukes goes on trial March 18 for his role in the case. Ryan Duke’s murder trial begins on April 1.

More on The Tara Grinstead Case