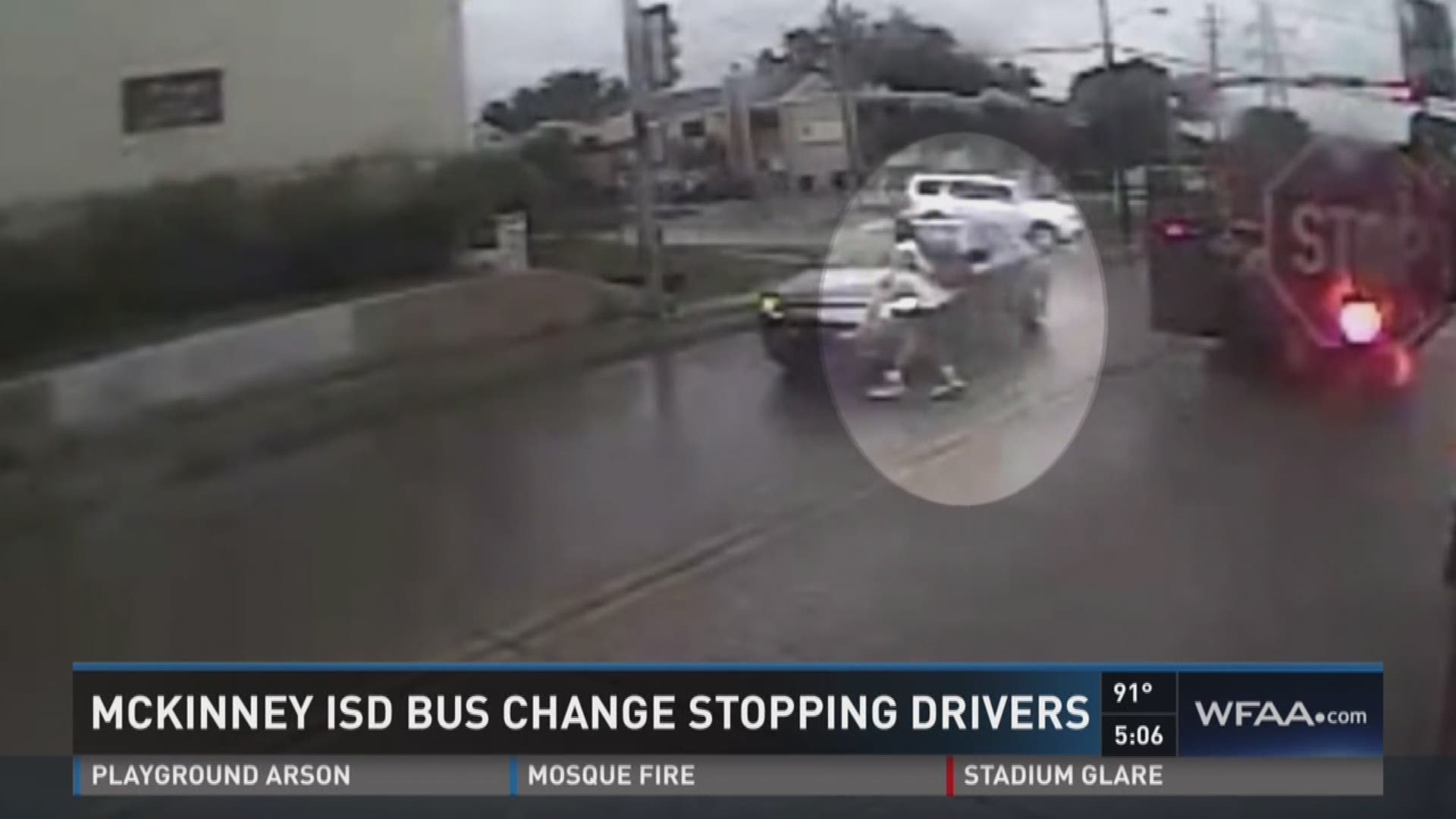 It is a recurring problem in schools throughout the country, and Dallas County Schools recently put out a public service announcement regarding protocol when a school bus has its stop arm and lights flashing.

On Sept. 1, just days into the new school year, a 12-year-old boy got off the bus and was side-swiped by a vehicle on the other side of the road.

Surveillance video caught a boy get struck by a car while his school bus' stop sign was out.

"Thankfully, the 12-year-old only had minor injuries,” Dallas County Schools said in a statement. “However, his mother tells DCS that he is now afraid to ride the bus and is emotionally distraught from the accident.”

It is unclear from video surveillance sent out to the media whether the driver of the vehicle saw the bus’ stop sign. It's likely the bus sign was obscured by the truck stopped at the light in front of the bus in the next lane over.

Some are looking to make those signs easier to see.

McKinney ISD is experimenting with a program that introduces 6-foot-long stop arms.

"We feel like it's made a huge impact for our kids," said district spokesperson Cody Cunningham.

MISD started to experiment with the longer stop arms in 2015. In a News 8 special report, we witnessed people ignoring the stop signs and driving right through while a bus was stopped.

"It takes something longer to get their attention, but [also …] they have to go out of their way to drive around these stop arms," Cunningham said.

McKinney says its program is working. Cunningham said there used to be 20 "drive-arounds" a day, but now with the longer arms, it's been cut to seven-to-eight incidents daily.

"We feel like it's something that's gonna take off and probably [be] utilized in districts all over the area,” Cunningham said.

The interest is there. The MISD spokesperson says other districts are watching and waiting to see how it works here.