The woman, identified by police as Belinda Tucker, survived the shooting and was released from a Dallas hospital Sunday night. 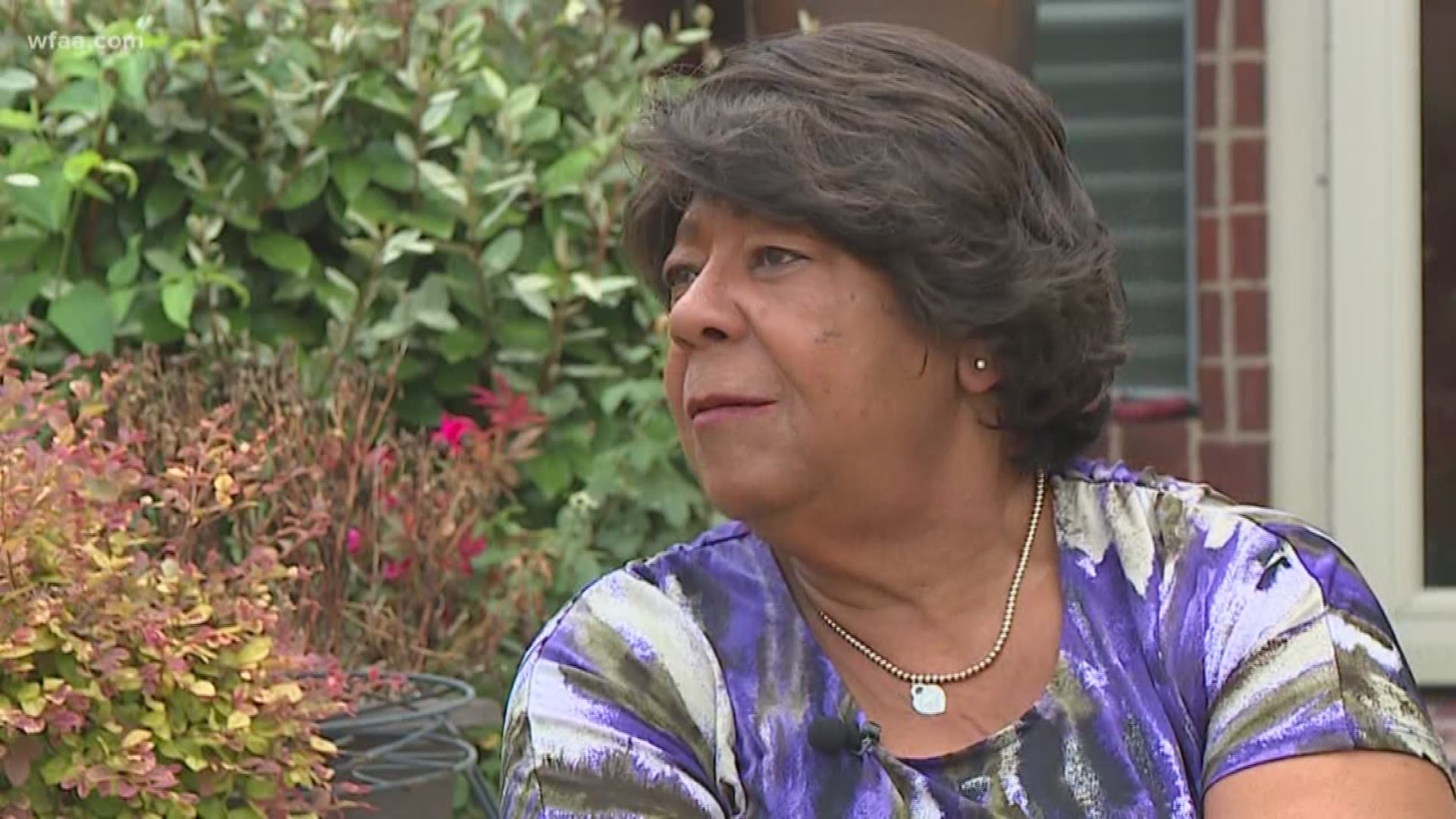 Kenneth Haggerty, 59, was arrested on two charges of aggravated assault with a deadly weapon after he shot a woman and fired at her husband, according to Lancaster police Lt. Nate Thompson.

Police have taken multiple reports of fraud involving an HOA in the Lancaster neighborhood where the shooting occurred Sunday afternoon.

Officers were called around 5 p.m. to the 1000 block of Rawlins Drive in the Pleasant Run Estates neighborhood.

Haggerty pulled in front of his neighbor, Belinda Tucker, while she was in her car on their street, blocking her from going anywhere, Lancaster police said.

He got out of his car, and at some point during the argument began firing a gun into Tucker's car, according to Thompson.

The argument centered around a lien that was placed on Haggerty's home for allegedly not paying HOA fees, Thompson said.

Belinda Tucker is married to Anthony Tucker, who claims to be the president of the Pleasant Run Estates Homeowners Association.

The woman, who is also a former mayoral candidate, was hit in the arm, head and hand.

"I used my right hand to shield his final attempt to shoot me in my head, but I fell over in my seat and played dead and did not move," Belinda Tucker wrote WFAA in an email Monday.

Her husband saw what happened and started shooting at Haggerty. The men exchanged gunfire, Thompson said.

When police arrived, both men were taken into custody. However, Anthony Tucker was later released without being charged.

Thompson said criminal charges may still be filed against him.

Tucker was taken to the hospital in stable condition and was released Sunday night.

The shooting wasn't a surprise to Valerie Perkins.

Perkins is a board member for Lancaster's Public Improvement District, a former professor and a college administrator.

She lives in the Pleasant Run Estates not far from Haggerty, and though she disapproves of the shooting, she understands Haggerty's frustration regarding his lien.

Perkins said she and about 10 other neighbors also have liens on their homes for not paying fees to the Pleasant Run Estates HOA.

"It's been total chaos around here," Perkins said. "Everyone has been so tense and upset and divisive."

An HOA used to be established in Perkins' neighborhood, but she said that it went away in 2016 when the neighborhood voted to have its property taxes go towards the city's PID.

The PID takes a portion of property taxes from homeowners and beautifies common areas and entrances to the neighborhood.

But around April of this year, Perkins said that neighbors received letters from a property management company claiming it was collecting fees on behalf of the Pleasant Run Estates Homeowners Association.

Perkins claims that there was never a vote to re-establish the HOA. A search for the HOA on the city's website yielded no results.

The only results include a "Pleasant Run Estates Phase II," and the management company listed is different than the one listed in letters to residents.

According to Perkins' lien, she owes $1,232. She has since sued Anthony Tucker in small claims court for "extortion, harassment, and fraud," records show.

"I think when someone fraudulently asks for money and places liens on properties, then I think that's called extortion," Perkins said.

Thompson told WFAA that Lancaster police have received multiple reports of possible fraud regarding the association. He said investigators are checking the HOA's legitimacy.

Belinda Tucker didn't respond to an e-mail regarding the investigation into the HOA Monday night.

Police records show that Tucker once filed a criminal stalking report against Haggerty and his wife in 2015.

Haggerty remains in the Dallas County jail in lieu of $100,000 bail. His family declined to comment.