The last uniform: A look inside a sacred military mortuary

In a rare opportunity, 12 News cameras went inside the secret and sacred mortuary at Dover Air Force Base where fallen service members are dressed for the last time. 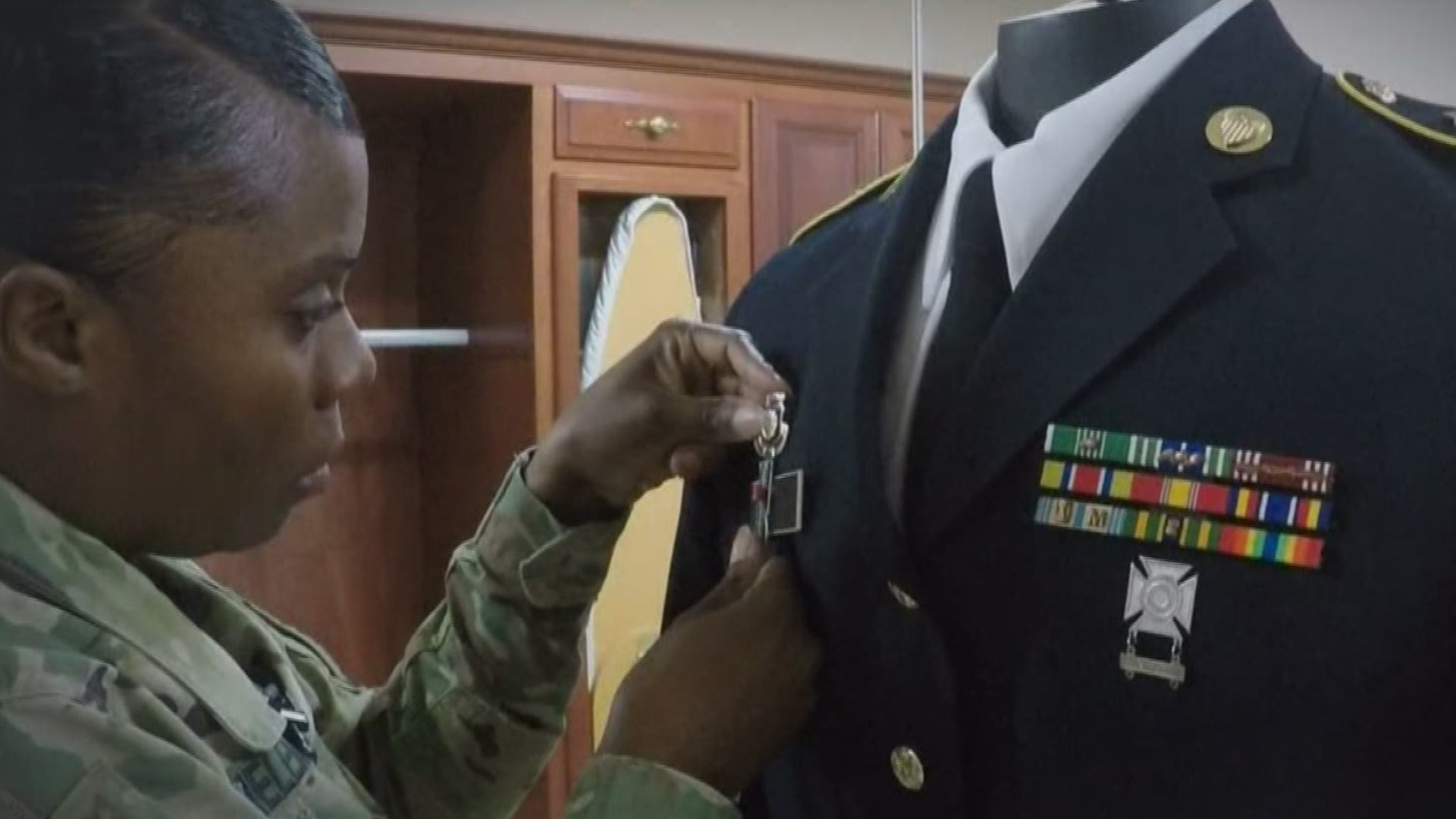 Few Americans will ever go inside, but thousands of fallen service members have been taken here. Staff Sgt. Alexander Conrad from Chandler was one of them. The 26-year-old died from an attack in Somalia last June.

In a rare opportunity, 12 News cameras went inside the secret and sacred mortuary where fallen service members are dressed for the last time.

Inside AFMAO, active duty service members work on a variety of tasks to dress and prepare a service member’s remains. Army Warrant Officer Candidate, Angela Barthelemy, is a liaison, but her 15-year experience in prepping military uniforms has her tailoring suits for the fallen brought to Dover AFB.

“My main thing is to make sure that no matter how long it takes, that I stand here and I place everything in the right place so that the uniform looks good for our fallen,” said Barthelemy.

The goal is tailoring a perfect uniform.

Just this year, AFMAO says they’ve had the remains of 16 service members return from a combat zone, and possibly two more on the way. Others, like Senior Airmen John Juarez, dress the fallen.

Juarez is a mortuary technician serving a deployment at AFMAO. He also assists with other duties, including dignified transfers, which is a procedure honoring the return of the remains of a service member.

At the mortuary’s entrance stands a memorial wall only a few Americans get to see. On it are service operations from U.S history. Next to every service operation is a number representing the amount of fallen military members in that mission. More than 30,000 troops are counted on that wall, including cardinals football player, Pat Tillman, killed by friendly fire in 2004.

As active military members remain on standby to assist with the arrival of remains from overseas, military chaplains, like Army Liason Chaplain Darren Schwartz also gets ready to receive families who come to see their fallen hero.

“The family is often still in shock. That grief is raw, you know, they’re hurting, and so part of our role is we’re here to walk them through that,” said Schwartz.

The base has a private home called Fisher House, from the Fisher foundation where families stay and are accompanied by service members through the difficult process of seeing the dignified transfer of their loved ones.

Once the fallen hero is dressed, he or she leaves Dover Air Force Base for their final resting place.