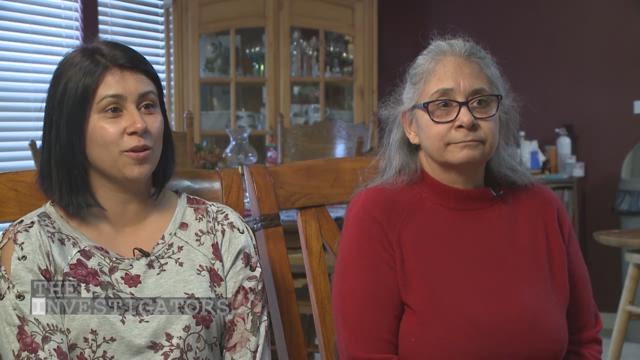 An 11Alive investigation uncovered Georgia’s top law enforcement agency has no idea how often people die in county jails across the state. State law doesn’t require it, the reporting process is fractured and local counties often investigate themselves when someone is found dead behind bars.

One of those inmates includes Ricky Figueroa, a 34-year-old Army veteran from Hall County diagnosed with bipolar disorder after leaving the military.

After the Army, Figueroa got a job at CVS as a pharmacy tech in DeKalb County. In 2009, the store accused him of stealing. He pleaded guilty and received probation.

For nearly five years, he stayed clean until a Rockdale County deputy arrested him in 2015 for providing false information to an officer.

According to his medical records, Rockdale provided Figueroa a mental health evaluation and prescribed Zyprexa and Effexor to treat his mental illness.

A few weeks later, deputies transferred Figueroa to the DeKalb County Jail to serve time for breaking his probation. When he arrived, his family says Figueroa asked for his medication.

According to a fax sent from Rockdale County, DeKalb knew Rockdale provided Figueroa treatment and medication. Figueroa assumed DeKalb would follow suit, but according to documents uncovered by the 11Alive Investigators, the veteran claims DeKalb never provided medication or an evaluation.

Records show Figueroa submitted at least four grievances to the DeKalb’s jail medical staff begging for mental health treatment. One reads, “I not only have been denied access to a doctor, but I have been denied my medication.”

Figueroa’s mental illness was so well known, even fellow inmates knew about it. Notes included in an internal affairs investigation show four inmates repeatedly heard Figueroa complain about his mental health and lack of treatment. “Ricky has been asking for a mental health doctor…and for his meds and has been refused,” wrote Cody Pope, a former fellow inmate.

Two days after filing his last complaint, Figueroa tied a bedsheet around his neck and let go. When his fellow inmates saw him hanging, they alerted the guards, but it was too late.

“I couldn’t believe it. I started crying. I told my boss I couldn’t make it because I had an emergency and I had to go to the hospital in DeKalb County,” said Figueroa’s mother, Mara.

Figueroa died six days later at a hospital. He was 34 years old.

“This was not an inmate who was silently stewing in their depression and silently harboring suicidal thoughts and just shocked every by killing himself. He made it very clear he was sick and very clear he wanted help,” said Husted. “The lack of treatment for Ricky is indefensible.”

DeKalb County Sheriff Major LoRandy Akies, who runs the jail, declined interview requests. A sheriff spokesperson would not tell 11Alive whether it provided Figueroa with medication or a mental health evaluation, citing privacy laws. An internal affairs investigation found no one at fault for Figueroa’s death.

In March 2017, Figueroa’s family filed a lawsuit against Correct Care Solutions, MGM Correctional Services and a doctor who oversaw medical services for inmates at the DeKalb County Jail at the time. The suit claims the medical providers “negligently discontinued the medical” for Figueroa, causing his death.

“Mr. Figueroa’s death was a result of inexcusable failures on the part of the medical professionals who were responsible for his care,” said Natalie Woodward, the attorney representing the Figueroa family. “If they had given this veteran even the most basic level of care, we believe he would be alive today.”

In a response to the lawsuit, Correct Care Solutions and MGM Correctional Services denied the allegations. Both declined interview requests for this story.

It’s unclear how many how many inmates have died in DeKalb County’s jail as a result of injury or attempted suicide. According to county jail records from, Figueroa is one of 64 of inmates who died while in DeKalb’s custody since2007 – 13 listed as suicides.

The 11Alive Investigators uncovered those numbers may not include all deaths. For example, in 2015, an inmate brutally assaulted Mario Roberts, a fellow inmate with documented mental illness. The county transferred Roberts to a local hospital where he passed away from his injuries. The county did not include Roberts on its list of deceased jail inmates. When asked why DeKalb did not include Roberts, a spokesperson said it’s because he died in the hospital, not inside the jail.

According to the Georgia Bureau of Investigation, at least 358 inmates have died in Georgia County jails since 2007. Eighty-four of those were suicides. The real figure is likely hundreds more.

GBI’s numbers only reflect deaths when local counties asked the state agency to investigate. Sheriff departments are not required to report jail fatalities to the state. When GBI is not notified, local agencies investigate their own actions.

“They would conduct their own investigation. Normally, it would be determined by the circumstances of the case,” said Rich.

The Bureau of Justice Statistics (BJS) collects in-custody jail death data, but it often relies on local medical examiners to report the information. “All BJS data collections are voluntary in nature. While Congress can mandate that the Department of Justice or BJS field a data collection, as a federal statistical agency, BJS does not have the authority to force participation by agencies,” said Kara McCarthy, a spokesperson for BJS.

While GBI does not track jail fatalities, Rich says the agency could learn from mandatory reporting. “I can see the benefit of measuring that to see what the numbers to compare those year after year and our neighboring states,” said Rich.

Husted, who worked in jails as a mental health provider, believes it’s essential local and state governments accurately track vulnerable populations – in and outside of correctional facilities “These lives matter. I don’t know how you go about addressing a problem if you’re not even assessing how big the problem is,” said Husted.