This is what the green Atlanta police uniforms mean

In a viral video, the Atlanta officer was wearing a green colored shirt, different from the typical Atlanta Police uniform. 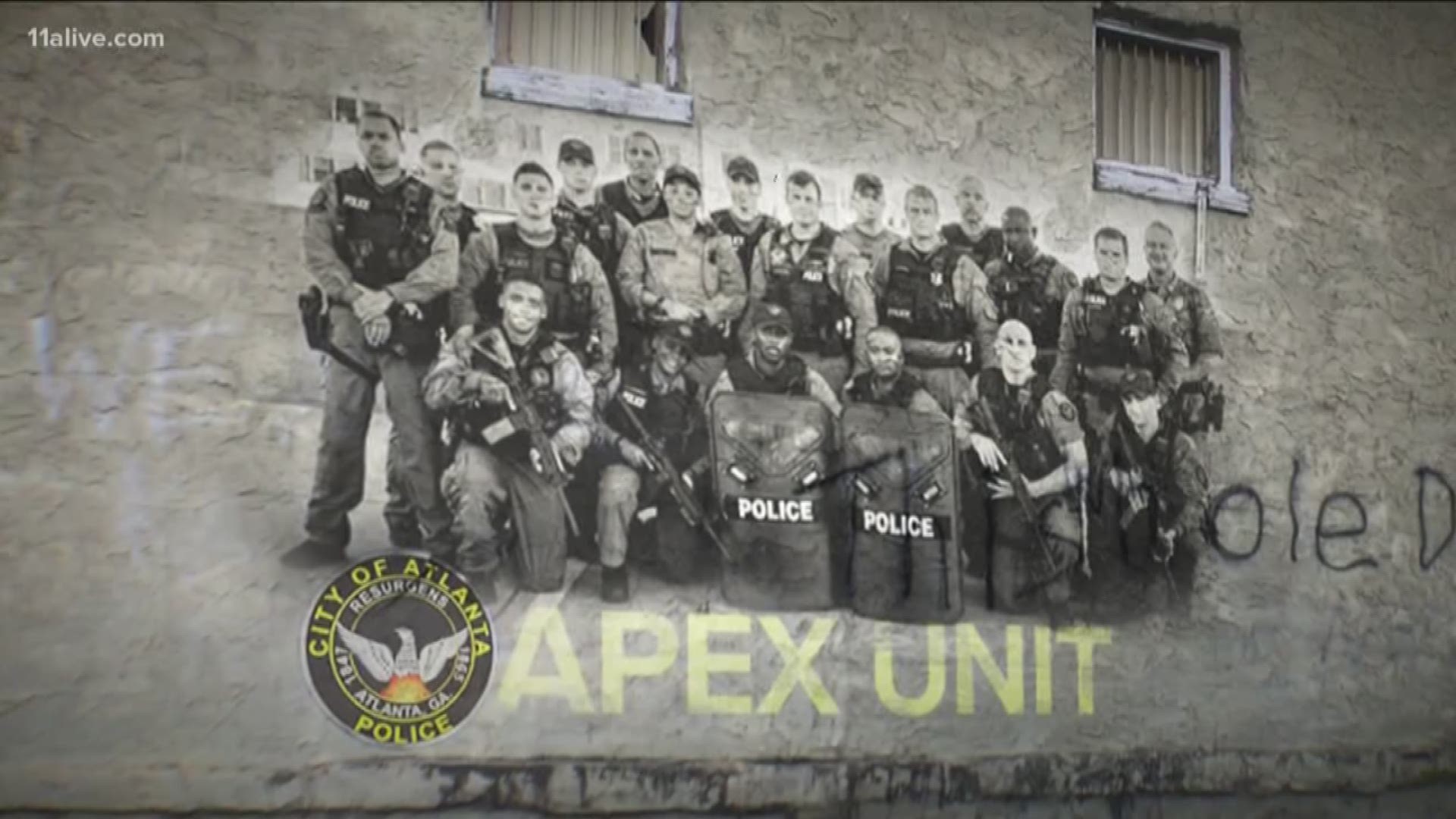 In one video, the Atlanta officer was wearing a green colored shirt, different from the typical Atlanta Police uniform.

11Alive’s Ron Jones looked into what department this officer works for and learned about APEX, the Atlanta Proactive Enforcement and Interdiction Unit. APEX specializes in identifying and targeting violent crime trends throughout the city.

"The function of the APEX Unit is to identify these crime patterns, deploy necessary resources, identify and arrest criminal perpetrators," the policy stated.

Now, these are not your typical men and women in blue. These officers are looking for the worst of the worst like street criminals involved in gun violence, robbery, and murder.

Wearing a specialized green uniform, APEX officers often work in the shadows identifying crime patterns and arresting criminals but recently they were thrusted in the light of the controversy. On July 19 cellphone video emerged showing one of their officers, identified as Sgt. Patillo, fighting with a suspect accused of possessing a bag filled with marijuana.

Police said Patillo was trying to append Harold Barnwell near the corner of Joseph E. Boone and Lanier Street. Barwell's mother tried to intervene but is pushed to the ground.

Barnwell was eventually arrested and is facing felony obstruction and possession of a controlled substance. His mom Jennifer is also facing misdemeanor obstruction.

But is this a typical day for the APEX unit? Police released a statement that said in part they were “aware of the video and will investigate the matter and take appropriate action if it is determined any departmental policies or procedures were not followed.”