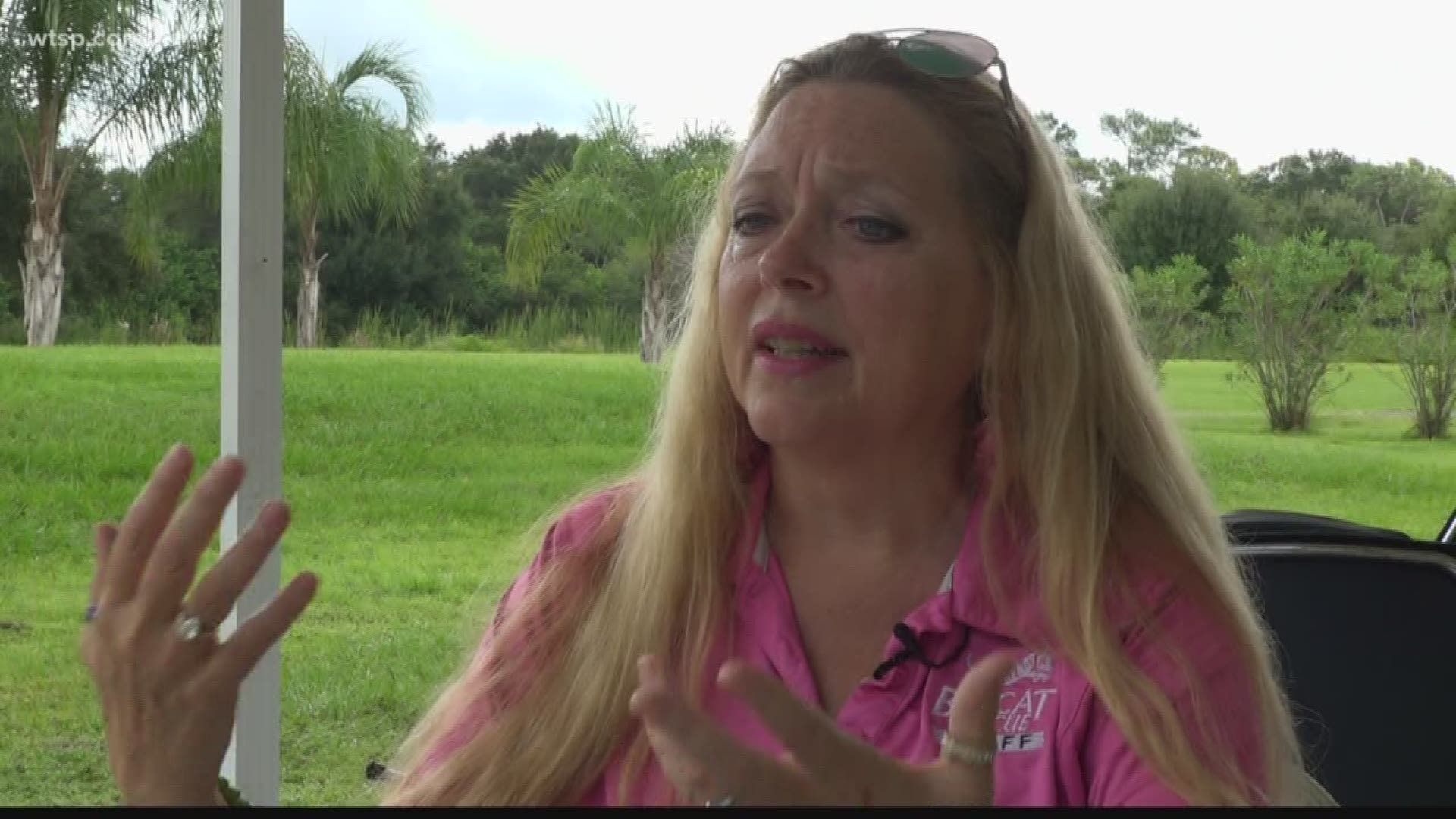 "Tiger King" star Joe Exotic, a former zookeeper made famous during the quarantine release of the Netflix docuseries, and his husband are calling it quits.

Dillon Passage made the announcement in an Instagram post on Friday, writing "I’ve always stood by his side and will continue to always love and support him."

The two met back in 2017, right before Joseph Maldonado-Passage, aka Joe Exotic, was arrested.

His stint behind bars for the past two-and-a-half years has been hard on Dillon, according to his social media post – and the release of "Tiger King" didn't help.

"When Tiger King was released on Netflix a year ago, my life was thrown into a world of media and public attention. Something that was completely foreign to me. I felt as if I had a microscope constantly looming over me which was and still is incredibly uncomfortable," Dillon wrote.

The docuseries star's husband also mentioned he takes issue with the way Exotic airs his grievances on social media.

He added that after this post, he does not intend to discuss the topic of their divorce any further.

"This wasn’t an easy decision to make but Joe and I both understand that this situation isn’t fair to either of us. It’s something that neither of us were expecting but we are going to take it day by day," Dillon wrote.

Dillon says the two are still on good terms and that he intends to do his best to support Joe in legal battles while Joe remains behind bars.

Exotic's husband ended his post with a message to others about assuming you know what strangers are going through.

"Like I said in my last post, be careful of the assumptions you place on others. Everyone carries a challenge or burden you may not see. This is as true for me as it may be for you," he added.

Exotic first became a household name when the much-talked-about Netflix series brought Exotic's life and case back to the spotlight.

The former Oklahoma zookeeper, singer and gubernatorial candidate, is currently serving a 22-year sentence after being convicted in a murder-for-hire plot against Tampa's Big Cat Rescue CEO Carole Baskin.