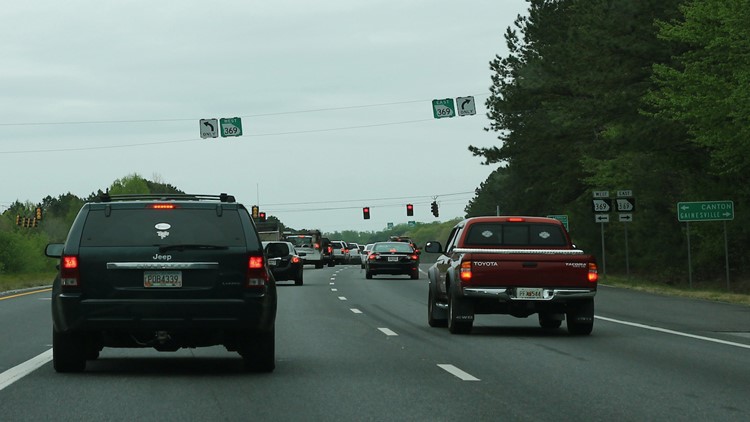 Photo by: Wikimedia Commons
Georgia Highway 369 was shut down for almost 3 hours on Monday, July 15, due to a crash involving a tractor trailer that left two women seriously injured.

HALL COUNTY, Ga. — The driver of a tractor trailer traveling westbound on Georgia Highway 369, ran into a car with five passengers going the opposite direction.

Police said Vernon Rico Shoats, 25, was driving the tractor trailer when traffic on GA 369 came to a stop. He decided to cross the center line and drive into a lane of oncoming traffic.

A Honda CR-V, driven by 22-year-old Rachel Crust, was headed straight toward the tractor trailer.

According to a news release, Crust jerked her wheel in an attempt to avoid the oncoming trailer, but it was too late. The car struck the tractor trailer causing the driver to be seriously injured and one of its passengers was partially ejected.

Shoats, the driver of the tractor trailer was cited for failure to maintain lane.

GA 369 was shut down for approximately 2 and a half hours, but is now reopened.