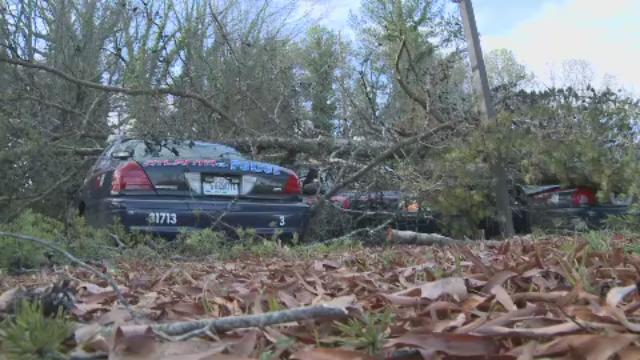 11Alive's Neima Abdulahi reports that the tree fell on the vehicles around 8:30 a.m on Lakewood Way. No one was in the vehicles when it happened. It was not immediately known how much damage the cars sustained.

No one was injured.

"Had someone been in any of these cars, they could have been hurt," Hannah said. "We're very glad the cars were empty at the time it happened."

A cold front brought some strong storms into north Georgia in the early morning hours. While Jackson County sustained some downed trees and power lines, there was not a lot of damage reported in the metro Atlanta area.

Crews worked to remove the tree from the vehicles.