Police: 3 arrests but no injuries at pro, anti-Trump rallies 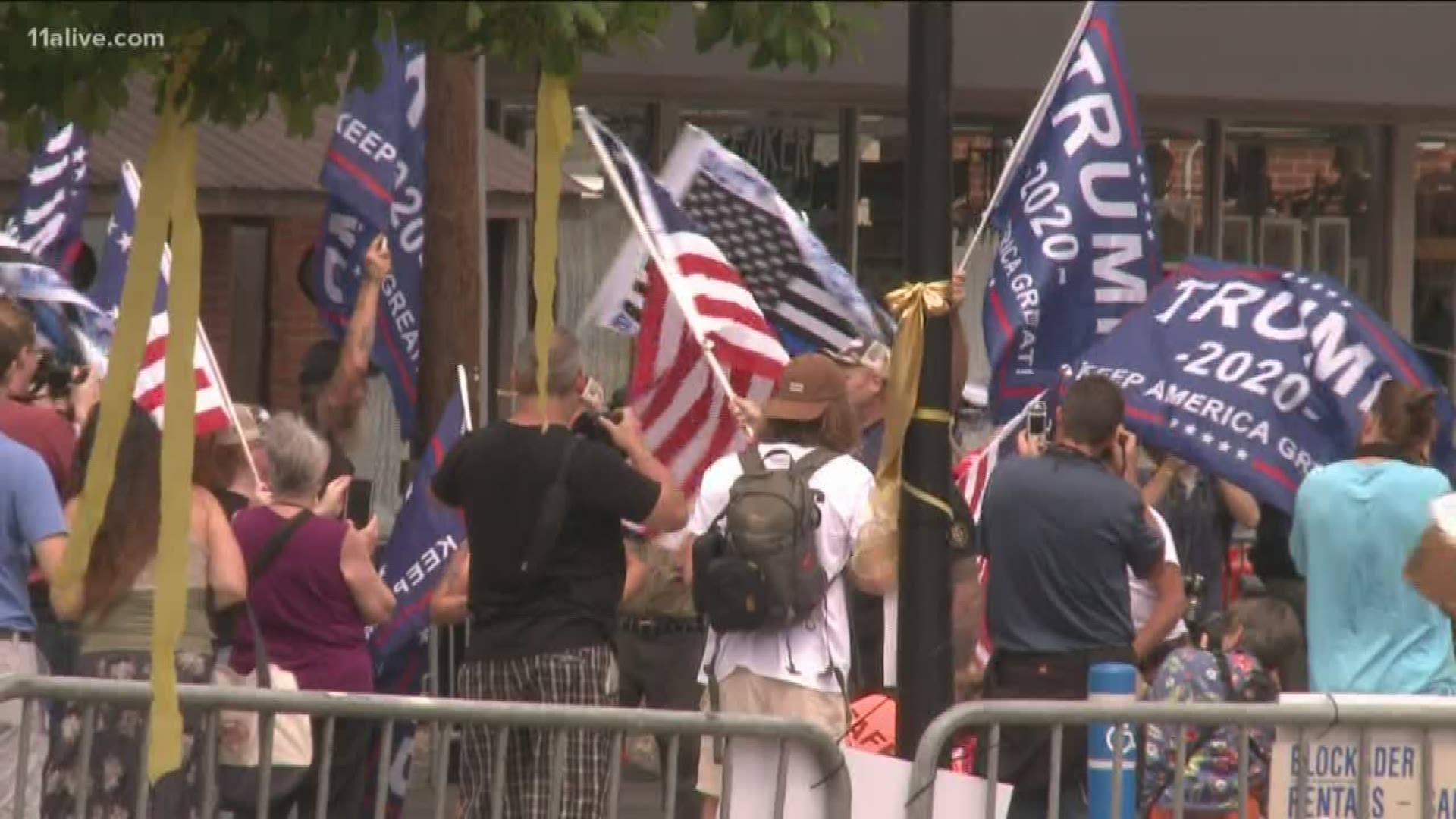 The organizer of the pro-Trump rally told 11Alive News he was a "fourth-generation Klansman" but insisted it was only a patriotic rally.

Police seized the neutral ground between two areas cordoned off by city officials.

One of the areas was occupied by a group supporting a Dahlonega man named Chester Doles, who admits to white supremacist ties he jokingly calls a "youthful indiscretion."

When he filed a notice with the city he was staging what he called a patriotic rally, backers of President Trump made plans to join him.

"I drove all the way from Mississippi to be with my brothers and sisters to support Trump," said a woman who declined to reveal her name.

But the rally also drew notice from groups opposed to Trump and to white supremacists.  A couple hundred of them also showed up.

"We came out today to teach my girls a lesson about not tolerating hate. And you need to choose a side on a subject like this. And stand up for the right side," said Bill Warren, who was with his two daughters.

"Whether they wear the robes or not, they’re still Klan members. They're still white supremacists really," said Allyn Wardlow of Atlanta.

What followed was an often noisy two-hour-long standoff, with about 150 feet of asphalt separating the two factions.  Anybody attending the two rallies had to submit to searches for weapons, which were disallowed.

Doles spoke against illegal immigration and told his supporters that he wants to form a new political party and challenge David Perdue in next year’s Senate race.

As the afternoon heat intensified, many demonstrators seemed to lose steam.

"I’m for a person with a right to be able to voice an opinion. But I want it to happen in a safe way. That’s all I’m asking," said Stacy Jarrard, the sheriff of Lumpkin County.

He had 600 law enforcement agents from across Georgia supporting the security effort.  For the most part, they were able to merely watch noisy but peaceful rallies.

Police made three arrests.  University of North Georgia police charged an unnamed individual for possession of a weapon in a school zone two-and-a-half hours before the rallies started.