The extra officers will help screen passengers at the airport and operate checkpoints, TSA officials said. 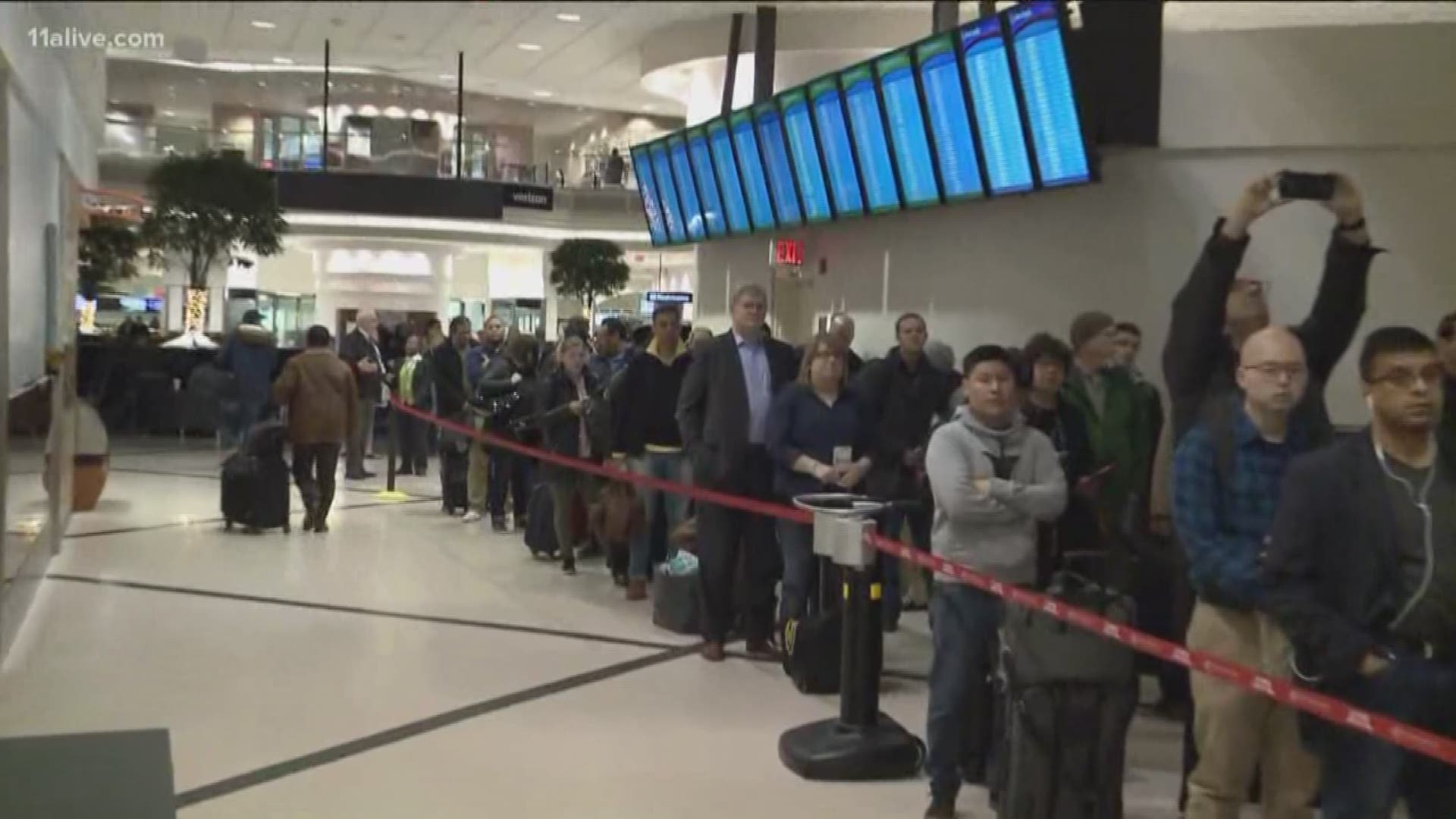 ATLANTA — The Transportation Security Administration (TSA) has dispatched extra screeners to Atlanta’s Hartsfield-Jackson Airport ahead of the Super Bowl on Feb. 3.

This comes as the agency reported that TSA screener sick-outs hit 10 percent over the Martin Luther King Jr. holiday weekend. The workers who screen passengers and bags face missing another paycheck if the partial government shutdown doesn’t end early this week.

TSA officials said the new agents in Atlanta are from other duty stations and will help screening officers and operate airport checkpoints during the Super Bowl.

Thomas Kelly, a spokesperson for TSA, said that the security agency has been planning for the rush of passengers through Harstfield-Jackson since last spring.

RELATED: Everything to know about the 2019 Super Bowl in Atlanta

Those who will travel through the airport should contact their airport and airlines for current wait times, Kelly said, and plan to arrive at the airport two to three hours before any domestic flight during Super Bowl weekend.