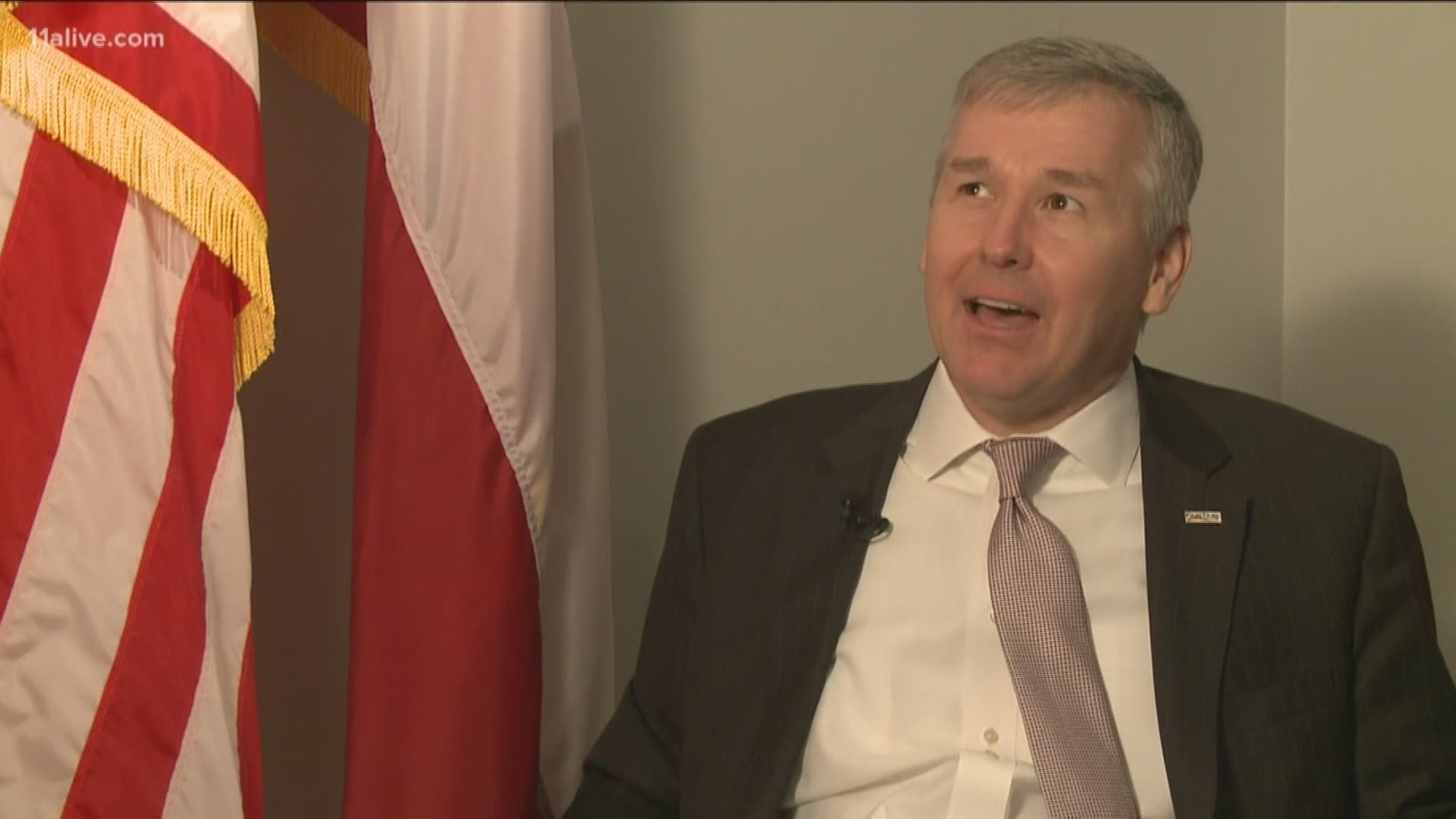 LAWRENCEVILLE, Ga. — In a business that demands lots of fundraising and a willingness to cheerfully say terrible things about the political opposition, Republican Rob Woodall declined. It nearly cost him his seat in Congress – and he seems OK with that.

"Ugliness sells," said the Republican who has represented Georgia's 7th District since 2011. "That is certainly what they teach you in campaign school."

Shortly after he won re-election in a squeaker last year, he announced he would not run again in 2020. A lot of ugliness was noticeably lacking last fall when Woodall faced Democrat Carolyn Bourdeaux in the toughest race of Woodall’s political career.

"I don’t have to beat down the other guy,"  Woodall told 11Alive News. "I want it to be true that my opponent is always a very good man or woman with very bad ideas. And let’s have that conversation and see where the election falls."

Woodall had grown accustomed to coasting to re-election without big fundraising and big TV campaigns. As an incumbent, Woodall could have raised much more money.

And he could have clobbered the Democrat in TV ads as a tool of House
Speaker US Rep. Nancy Pelosi (D-California). Woodall didn’t. Woodall said 27 percent of his constituents are first-generation Americans, a majority-minority district. That made it ripe for the Democrat. But Woodall saw it differently.

"There’s nothing I can do that I think would betray the trust of those new Americans more than deciding that the only way to grow America is to take out my blunt instrument and begin to beat my opponents over the head with it," Woodall said.

"I like Rob. He’s a good guy," said Boudreaux.  "If you don’t have that kind of fire in the belly, it’s very hard to run these kind of races." Boudreaux is planning another run in 2020.

Woodall attributes Bourdeaux's near-victory to the help she got from the top of the Democratic ticket, and the voter-turnout effort of Democrat Stacey Abrams

."Give credit where credit is due, and that goes to Stacey Abrams and her voter identification and turnout machine. She did an amazing job," Woodall said.

He also describes the Democratic vote in 2018 as a "high water mark," and predicts whichever Republican gets nominated in 2020 will win the 7th district seat. But it won't be pretty.