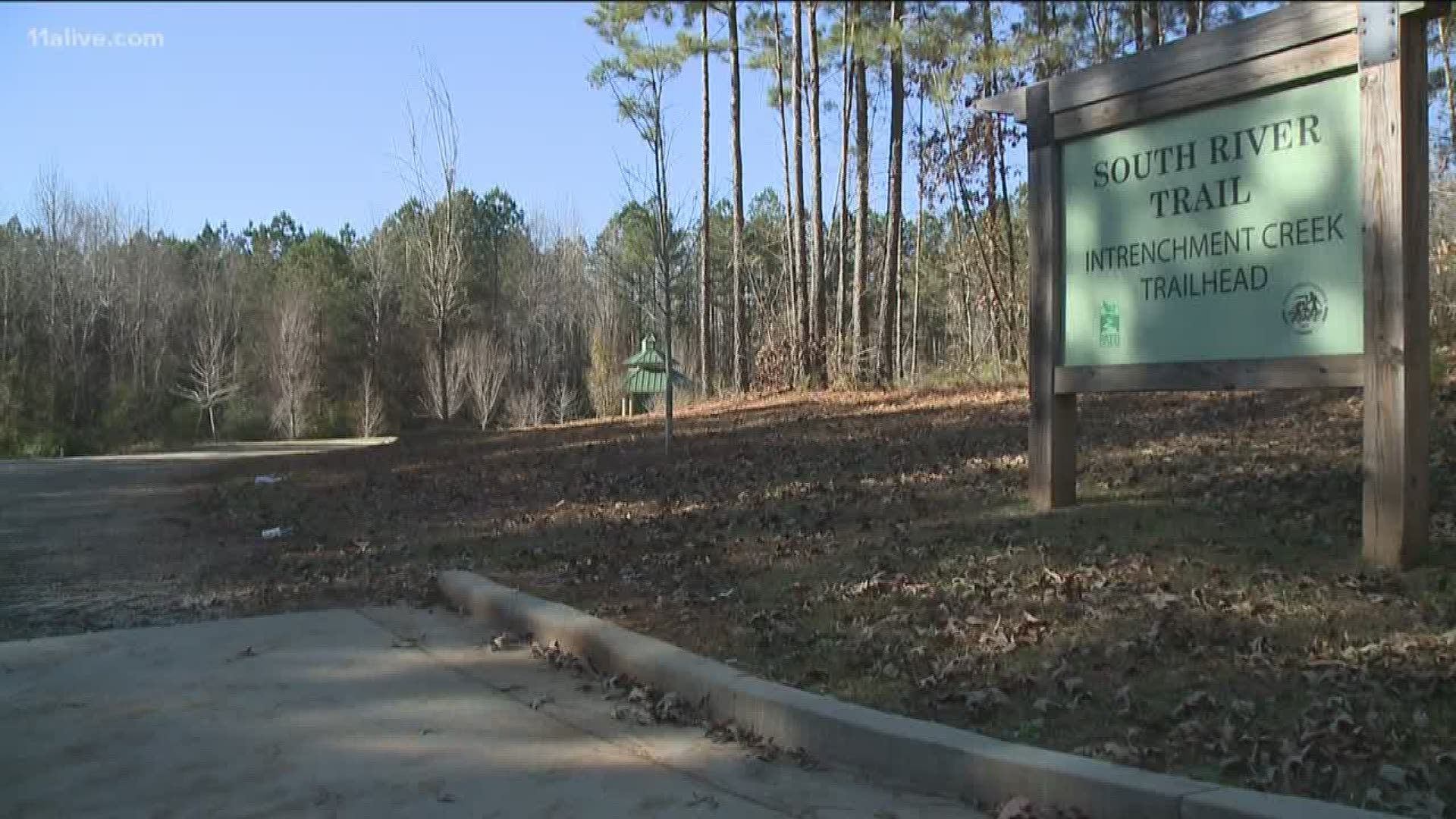 A proposed land swap with a movie studio has some residents of southeast Atlanta bewildered. The studio wants a chunk of DeKalb County green space – and wants to swap it for studio property near its main campus.

The property is in a DeKalb-owned green space called Intrenchment Creek, a spot some residents say they like just fine the way it is.

"The trails out there are gorgeous. It’s a really nice place," said Joe Peery, an East Atlanta resident who says he visits Intrenchment Creek regularly.

Its draw is the extended bike path and walking trails that run through largely undisturbed woods off Constitution Road SE.

"It’s something people have been using for biking, hiking.Just a beautiful place to go," Peery said.

Across the street is Blackhall, a sprawling movie studio which aims to expand.

Blackhall studio now owns three plots of land to the north and east, abutting Intrenchment Creek. The studio wants to give those properties to the county, in exchange for a chunk of the existing county-owned property to the south – which would be closer to its current studio facility.

"I actually didn’t propose the land swap," said Blackhall studios CEO Ryan Millsap in an interview with 11Alive News.  Millsap says an independent planner, and a DeKalb County government planner came to him with the swap as a way to give the green space and its bike path better access to two other nearby parks.

"So now you end up with a super regional park that has many more miles of trail and the possibility of connecting up into the Beltline. which would really be transformative of that area," Millsap said.

The current studio property includes a spot, bulldozed years ago for a development that never developed and now used as an illegal tire dump. As county property, Millsap says it would get cleaned up and used as a staging ground for radio controlled aircraft.  He said the space would make the park much closer to nearby homes adjacent to McNair High School.

Millsap said it would also steer truck traffic toward industrial property on Constitution Road and away from the residential area to the north.  "I think it's actually pretty genius planning," he said.

"It’s a beautiful place and once it’s gone, it’s gone. You can’t get it back," Peery said.