VERIFY: Are there 500,000 European undocumented immigrants in the U.S.?

A meme contends that as the president focuses his attention on certain undocumented immigrants, he's turning a blind eye to others. 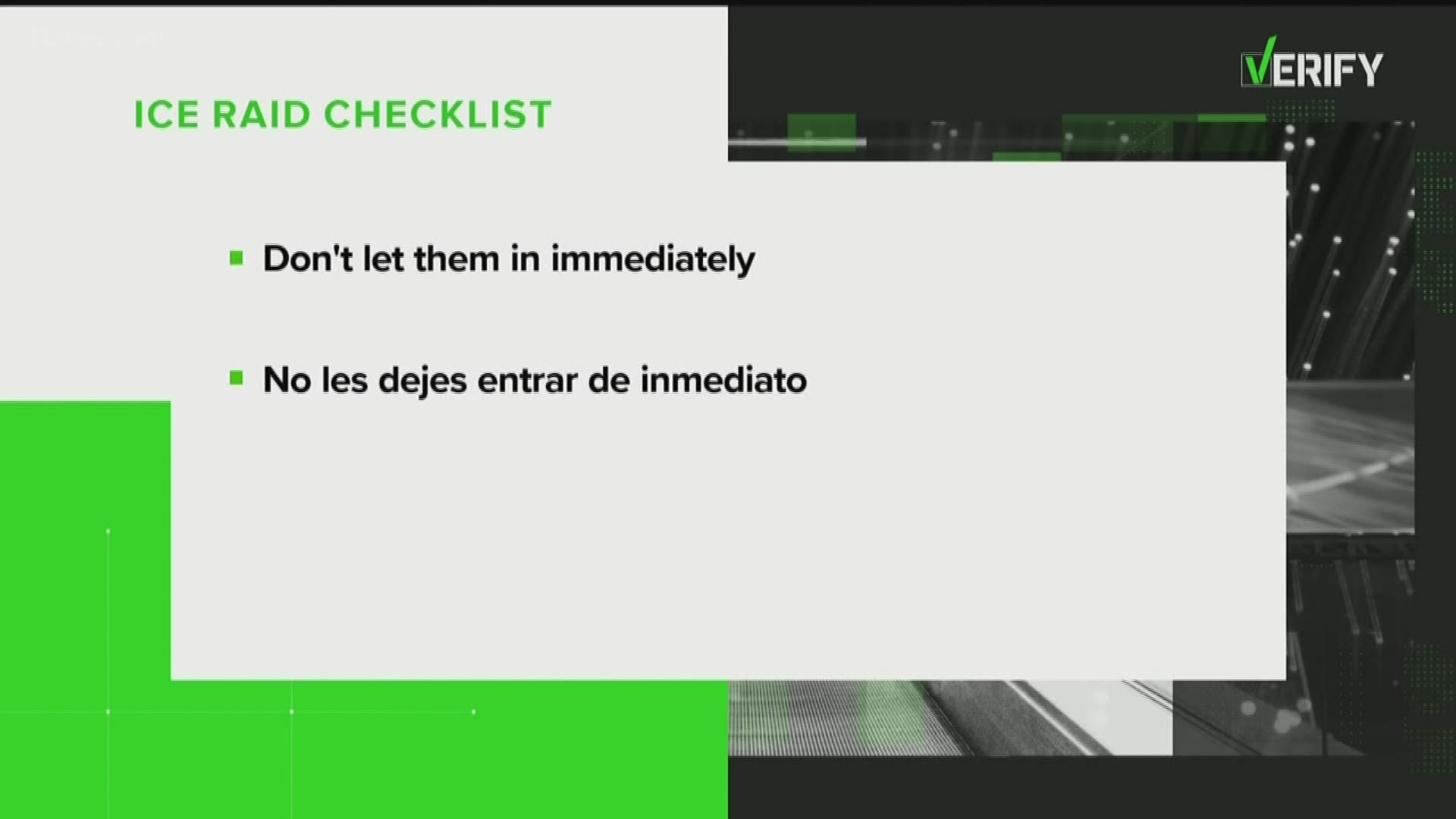 When President Donald Trump promised ICE raids in at least nine cities across the nation over the weekend, much of the media's attention was focused on the anxiety it caused within the Latino immigrant community.

The president has targeted his immigration rhetoric on unauthorized entries at the southern border, where migrant arrivals – particularly from Central American countries such as Honduras and El Salvador – have surged this year.

A meme circulating, and shared on an 11Alive Facebook post, contends that as the president focuses his attention on this group of undocumented immigrants, he’s turning a blind eye to others – specifically, a half-million undocumented white immigrants from Europe.

So is there any truth to that?

The meme was posted on Friday by the Facebook group Occupy Democrats. A user later shared it in the comments below an 11Alive post.

It says: “This needs to be repeated. There are about 500,000 white European undocumented immigrants in America that WON’T be raided this Sunday.”

The meme is, at the very least, partly true.

It cites the Migration Policy Institute for the 500,000 figure. The organization, a non-partisan think tank, has published demographic figures for the population of unauthorized immigrants in the United States.

The research found about 579,000 undocumented immigrants in the U.S. who were born in Europe, Canada, or Oceania - or about 5 percent of the total undocumented population.

That figure was based off a methodology that cross-checked responses to the 2008 Survey of Income and Program Participation – in which respondents reported whether they had a Green Card – against non-citizen responses to the 2012-2016 American Community Survey.

(For more detailed information about their methodology, see the bottom of this page.)

The report does not go into strict detail regarding undocumented European immigration – there is only one mention of “Europe” in the entire report. However, Europe is cited along with other regions in a graph titled, “Illegal Alien Population by Region and Country of Birth: 2015 and 2010.”

While the graph does not cite hard numbers, it does suggest a number above zero, but significantly less than 2 million, without providing any supporting data.

A December 2012 Congressional Research Service report also put the share of 11.2 million unauthorized immigrants in the U.S. from Europe and Canada in 2010 at 4 percent, which would have been 448,000 then.

So it’s safe to say there are probably at least about 500,000 undocumented European immigrants in the U.S.

The other half of the meme – that Europeans would not be targeted – is probably impossible to verify.

ICE, of course, did not and would not explicitly announce that Europeans weren’t being targeted.

There is circumstantial evidence that they would not have been, however.

The raids that were expected this weekend were to target 2,000 immigrants who had recently arrived in the country and were facing deportation. Most migrants in the recent wave are from Central America.

President Trump has focused almost all of his attention on the issue of stemming the flow of migrants at the southern border from Central American countries.

When he originally announced the raids, he praised Mexico and Guatemala for taking action to stop migrants coming to the U.S.

While we cannot verify that there are exactly at least 500,000 undocumented European immigrants in the U.S., the Congressional Research Service said in 2010 that there were at least more than 400,000. And there’s no indication they were considered a principle target of the ICE raids.

VERIFY: Know your rights during an ICE raid

VERIFY: No, US embassies aren't considered US territory

VERIFY: No, migrants can't apply for asylum at US embassies or consulates in Mexico