Verify: Do mattresses double in weight from dead skin and dust mites?

When was the last time you got a new mattress? 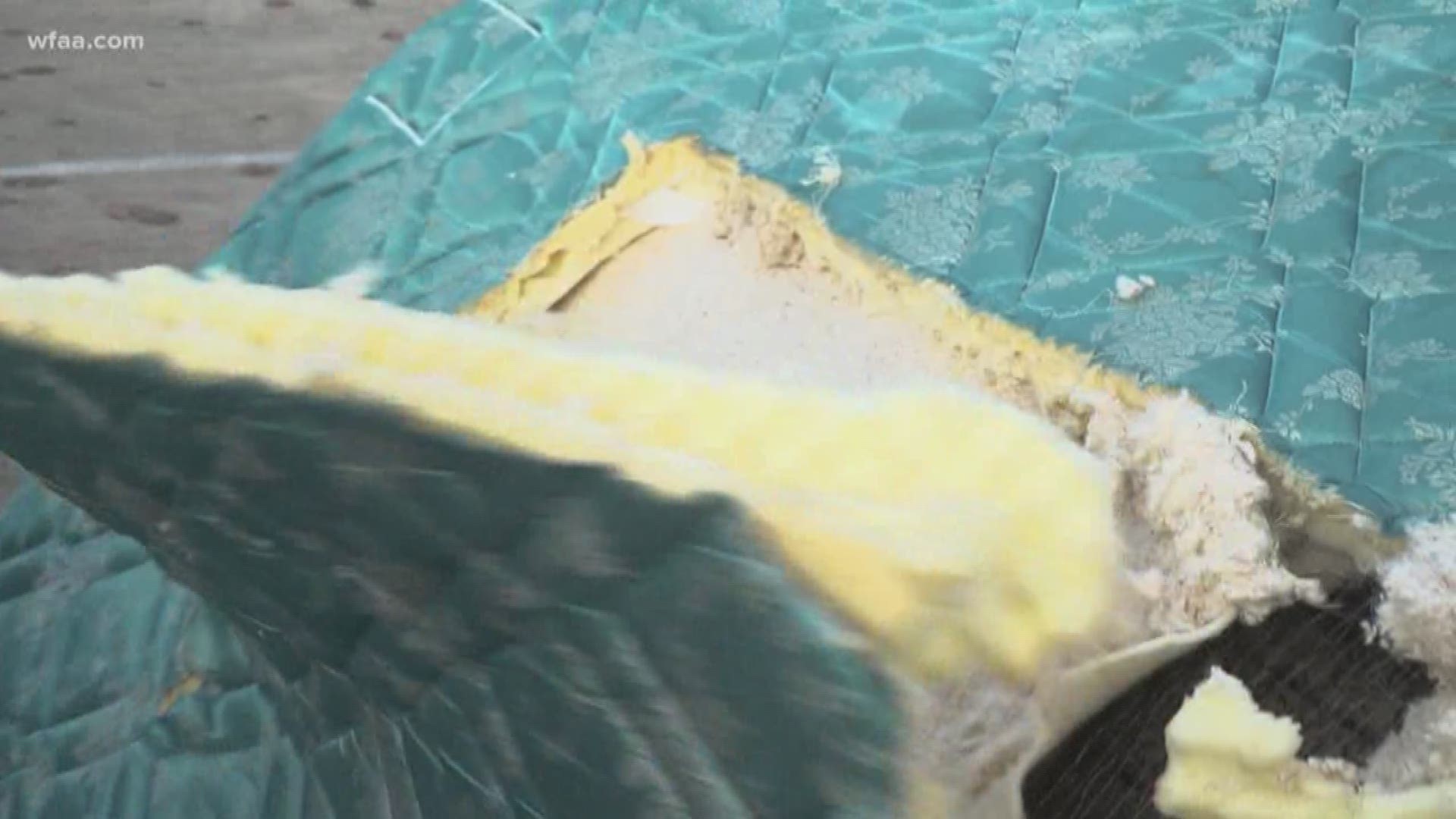 When was the last time you got a new mattress? Mattress ads try hard to gross you out so you’ll buy a new one every eight years.

Like in this TV commercial from Sit ‘n Sleep, a chain in California.

That got Verify Viewer Darrin Carpenter wondering this: “Do mattresses actually double in weight every eight years?”

Sweat, dead skin and dust mites? Does a mattress really double in weight?

To verify this, the first thing I need is an old mattress. I asked Verify viewers if they had one I could use for this story, and that’s how I found one that’s 20 years old to put through some testing.

Working from a 2011 study from the Journal of Environmental Science and Technology, two people would shed about nine combined pounds of skin, during eight years of sleep. And that's assuming they're sleeping right on a mattress, without sheets, like barbarians. So, that’s not much weight.

OK, back to the mattress.

Chad Lytle has a Ph.D. in molecular biology. He works at Research Associates Laboratory in Allen, Texas. They're going to DNA test this thing.

To see what's living on this mattress, we're swabbing. Taking samples from the surface.

And to see what’s on the inside we used a chainsaw to cut it open.

Remember, the ad said weight comes from sweat. And it looks like a pattern of brown rust stain, where the pad hits the springs. But, it’s dry inside. So water's not accumulating.

“You're telling me that this test, if there ever was one mite on that mattress and walked across that area, you'd be able to know it was there?” I ask.

“At least a reasonable time period of a couple of months or so, yeah,” he answers.

While we wait for the results, I'm meeting with Dr. Mike Merchant from Texas A&M University. He's an urban entomologist, an expert on city bugs. I'm learning dust mites are invisible to the naked eye and their favorite food is dead human skin.

“Dust mites get benefit from living with people. We provide them with a nice stable environment and food. We don't get anything back,” Merchant said.

“Ah, they're freeloading,” I said.

“They're freeloaders on our homes,” Merchant answers.

“Could there literally be millions of dust mites in your mattress?” I ask Merchant.

“A million dust mites could probably fit in a thimble head. It's a tiny, tiny amount spread out over a large area,” he answered.

So, mites are there, but Merchant doubts they're adding any real weight.

Ok, back to the lab where Lytle found dust mites on the mattress.

“Positive. How positive?” I asked.

So, this thing has mites. No surprise. But is it full of them? Like, enough to weigh it down?

“Probably 100-fold more on the outside then there is on the inside,” he said.

“Is it possible to have double the mattress weight just in mites?” I ask.

“I don't think so. You'd have to have an awful lot of mites. Talking billions. We sure didn't see when we opened,” Lytle said.

Okay, there's not much weight coming from mites or sweat, or dead skin. The only question left is, has this old mattress doubled in weight?

The manufacturer told me they don't have a record of what it weighed when it was new.

So, I looked up the weights of 50 California Kings sold at Home Depot. The average weight is 98.4. Before we cut it up, we weighed ours it came back at 102.1 pounds.

So, do mattresses double in weight after 8-years, like the say in the ads? The answer... is... no.

I checked back in with Larry Miller, who produced the ad for Sit ‘n Sleep. He provided a few web articles that he says prove that mattresses double in weight. Both reference the source as Dr. Philip M. Tierno, Clinical Professor of Microbiology and Pathology at NYU.

So, I contacted Tierno who sent me this message, saying the claim is false.

Got something you want verified send me an email at david@verifytv.com