VERIFY: How are unborn babies protected by state law?

Two unborn babies were killed in the last two weeks. 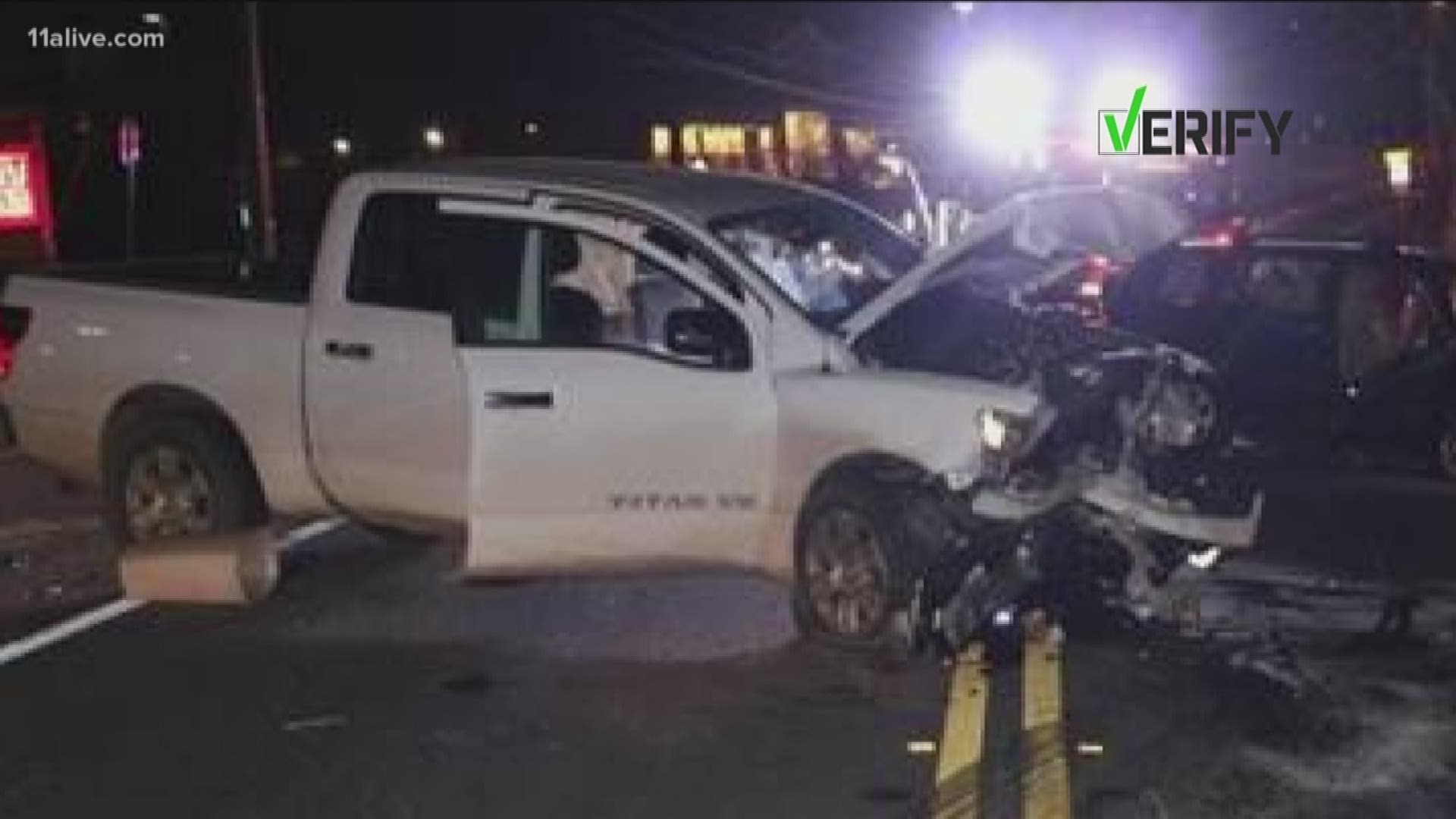 On Sunday, March 24, Gwinnett County Police say 37-year-old Charles Rutledge was drunk when he crashed his white Nissan Titan into two other vehicles.

One of those vehicles had the Barnum family: 22-year-old Christina, 23-year-old Joseph and their 2-year-old son. Police said Christina was in her third trimester of pregnancy when she was hit. Sadly, the unborn baby died at the hospital.

Police say Rutledge could face charges in the death.

Back on March 9, Gwinnett County Police were called to a wreck on Buford Highway. One driver was trying to turn left across traffic when another driver collided with her. One of the women in that accident was also pregnant and lost the baby.

Georgia has had laws on the books protecting unborn babies for more than a decade. State law says a fetus at "any state of development" is subject to protections under the state's homicide laws.

Currently, the state legislature is debating a controversial measure dubbed the "heartbeat bill." That legislation would ban all abortions once a fetal heartbeat is detected, usually around the six-week mark.

The bill's sponsor, Ed Setzler (R-Acworth), says the legislation will allow families to claim unborn babies on their income taxes.

"It does help expecting families with the cost of preparing to bring a bouncing baby into the nursery," Setzler said.

However, the bill doesn't add any additional protections for unborn babies in homicide cases.