Verify: Are a lack of pockets in women's clothing connected to witchcraft?

“This is one of those myths that has popped up on the internet recently. This happens with the history of witchcraft every once in a while.” 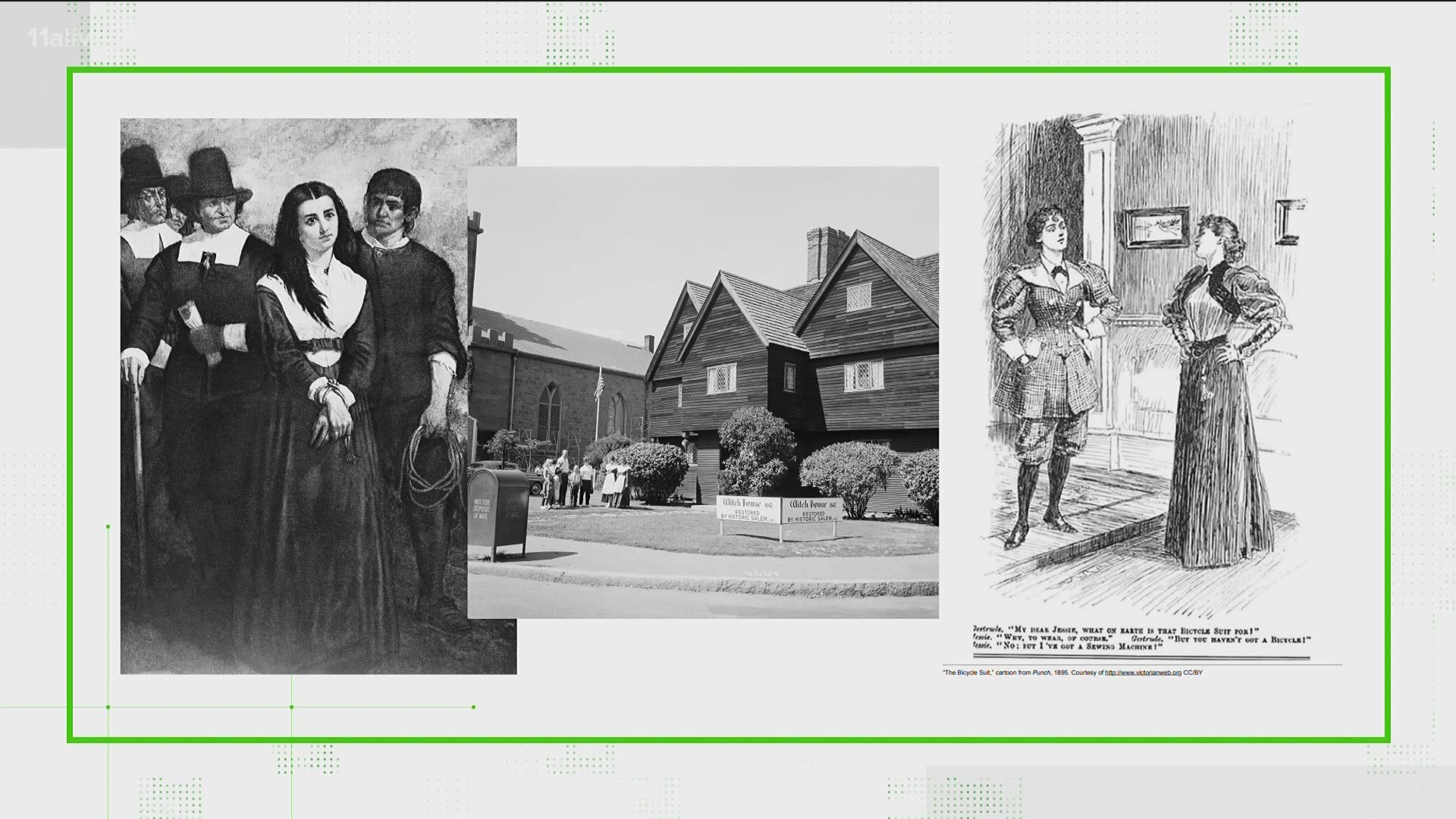 ATLANTA — You never know what claim will pop up online. In honor of Women’s History Month, we have an interesting one.

Viewer Deanna reached out about a tweet that claimed: “women’s pockets were phased out so women could prove they were not witches.”

She wanted to know: is that true?

We found a few other tweets trying to make the same connection, so we decided to verify. This one took us down a long road back in history with a few twists and turns.

“I have never heard of this, but I’m also not that surprised to hear about this because pockets have this really long history of being associated with women and secrecy and privacy and intimacy,” Idacavage said.

To understand that history, we have to go back to the Middle Ages.

Back then, both men and women had pockets and they were tied around the waist like little fanny packs. By the 17th century, they were sewn into men’s clothing. Women still had to carry the bags.

Eventually, they changed to pouches that would be accessed through slits in a woman’s overskirt. Because of its proximity to the pelvic region, it created a new social assumption.

“There are many historical accounts of women holding secret letters and various gifts from lovers,” Idacavage said. “If you think a woman is being, you know, a little immoral, maybe you might associate that with her pockets,” Idacavage said.

Toward the end of the 18th century, fashion changed. Waistlines tightened, silhouettes slimmed and pockets shrunk.

The London Spectator reported the common thought was that “women had four external bulges already – two breasts and two hips – and a money pocket inside their dress would make an ungainly 5th.”

“I think there has been this ongoing type of historical analysis that women were not expected to be out in the world working doing this and that. Therefore, why would they need to have these pockets to carry important things like money and pocket watches if they’re not allowed to?” Idacavage said.

When the bicycle suit came around in the late 1800s, it was often the punchline for comics, asking a woman why she would have one if she had no bicycle. The desire to wear pants with pockets was not reason enough.

If anyone knows the truth about a history connected to witches, it's Rachel Christ with the Salem Witch Museum. She says there’s no proof of this claim.

“This is one of those myths that has popped up on the internet recently. This happens with the history of witchcraft every once in a while,” Christ said.

Christ says eventually pockets were phased out not because of witches, but because of the Industrial Revolution.

“Clothing can be mass-produced for the first time. You’re not necessarily sewing your clothing at home, so the need to have an attachable pocket is just phased out for some reason,” she said.

Even today, the size of pockets remains unequal. The size of a woman’s pocket is on average 48% shorter and 7% narrower than a typical man’s.

It remains a joke in pop culture.

So, do pockets have a history of secrecy, privacy, and gender inequality? Yes, that’s verified.

Do women’s pockets – or the lack thereof—have a link to witches? No, that’s false.