VERIFY: Do items in Atlanta recycle bins get reused, or go to the landfill?

Multiple viewers have reached out to our VERIFY team to find out what really happens to the items in their recycle bins. Here's what we found out. 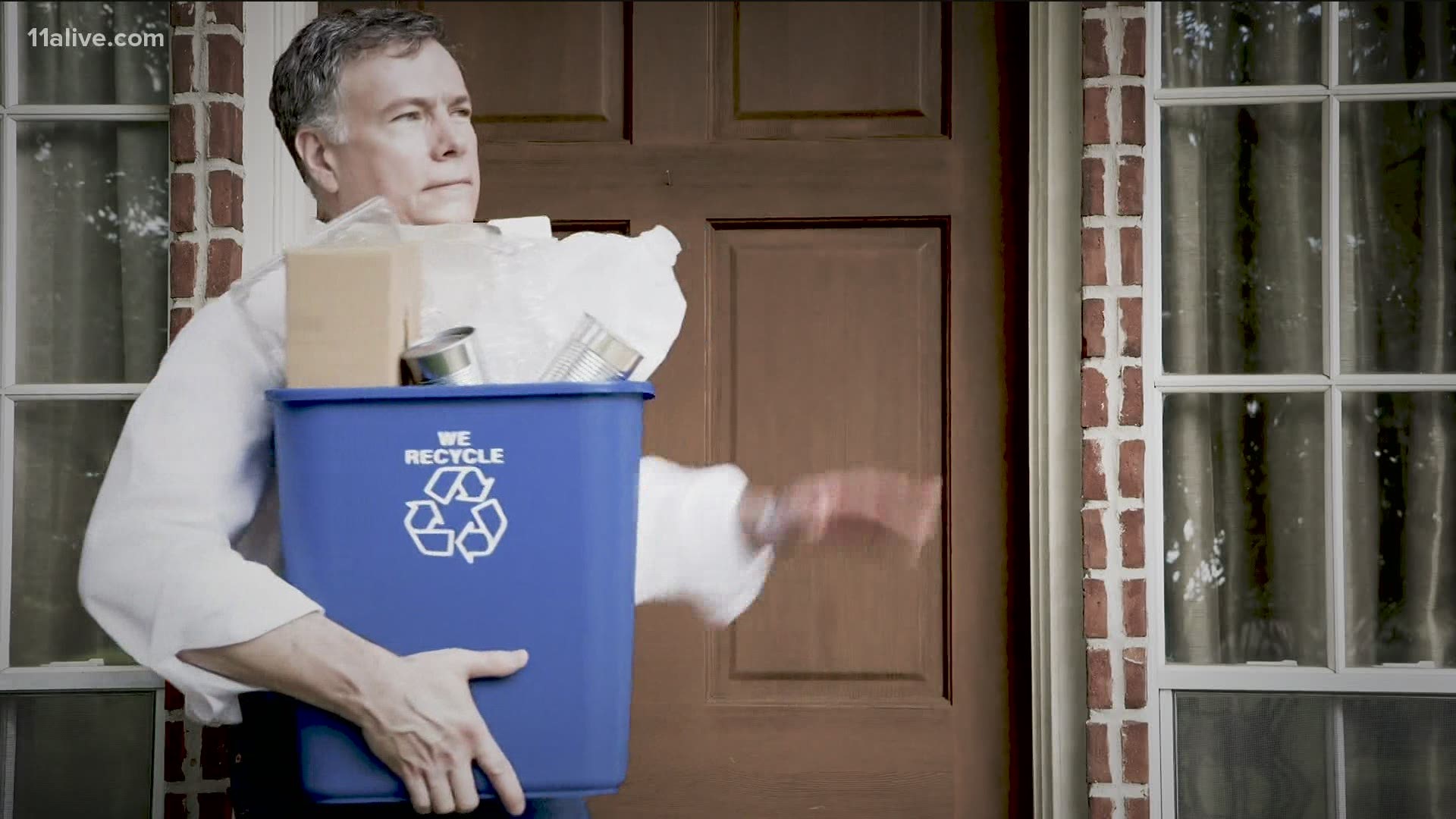 ATLANTA — If you recycle items like plastic, paper, glass, and other things, it's likely you just put it in the bin and off it goes.

But what happens to it when it leaves?

An 11Alive viewer reached out to our VERIFY team to fact-check where the items actually go. Do they get recycled or are they sent to the landfill.

We went to the experts to find out.

Mark Williams asked, "Do Atlanta Metro Garbage Companies actually recycle your items from your recycling can or do they just place it in the landfill too?"

Yes, Atlanta Metro garbage companies actually recycle your items from your recycling can, if it does NOT contain contaminants.

Let's start with some numbers.

But what happens to the items that a resident specifically puts in the recycling bins?

"I would hope it's not going to the landfill," 11Alive viewer Shenita said.

According to Kevin Chambers with the Georgia Department of Environmental Division, there is only one reason recycled items would end up in the landfill.

"Recycling does not end up in a landfill unless there is a problem with the materials. The main reason any recycling would end up in the landfill would be if there is contamination," Chambers explained.

The state said recyclables are converted into energy, which totals more than $1 billion a year in potential market value.

To make sure your recyclables get to the right place, the Georgia Recycling Coalition has a campaign to educate the public on preventing contamination called #recyclerightGA.

For the past few months, the city of Atlanta has been running on an alternating pick up schedule for recycling. According to their website, they will be returning to the regular collection schedule starting June 5.

Anyone resident who doesn't know how to donate should contact their local garbage company as well as look at the city's public works website.

"Plastic bags can shut down an entire recycling plant, so don't toss loose plastic bags into your curbside recycling bin and never bag your recyclables. Empty loose recyclable items directly into the bin," the website reads.

So, we can VERIFY, what you recycle in Georgia doesn't go into the landfill, unless it contains contaminants.

11Alive's Verify team is here to fact-check claims being shared in the community and online. Fill out the form below with something you'd like us to Verify.