VERIFY: Here's the difference between being charged and being indicted

Recent high-profile cases have put state and federal laws in the spotlight. But legal language can often cause confusion. Our Verify team is here to sort it out. 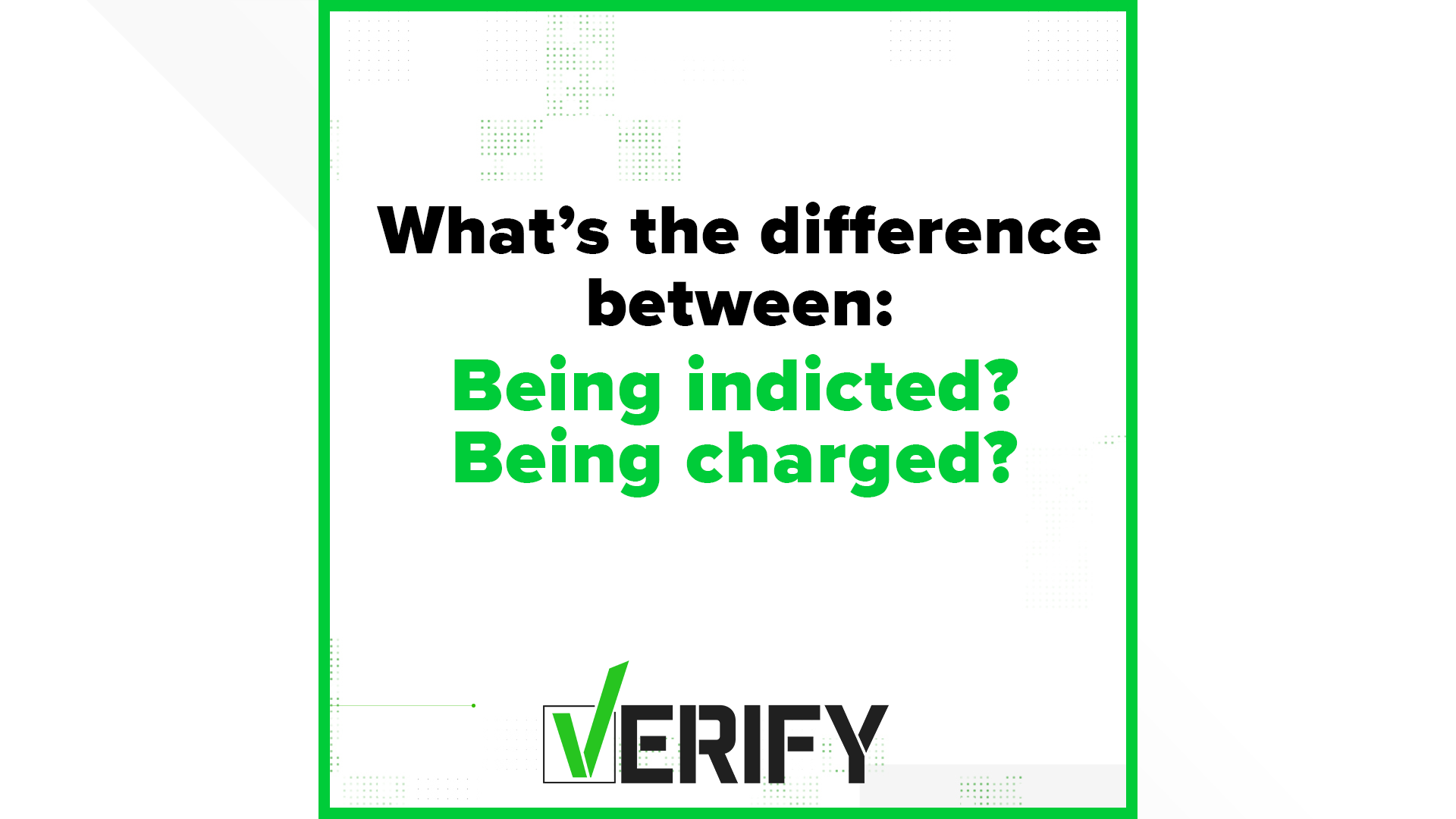 WASHINGTON — From Bijan Ghaisar to George Floyd and Breonna Taylor, recent high-profile cases have put state and federal laws in the spotlight. There's a lot of misinformation on social media, including confusion about the charges brought in those cases.

What's the difference between being charged and being indicted?

While both involve charges, the processes behind them are different and it all depends on who files the charges.

Office of the United States Attorney

Jeff Jacobovitz, a D.C. attorney who has handled more than 40 criminal and civil jury trials and 15 appellate arguments nationwide

Our Verify team brought this question straight to the courts and legal experts.

A charge is brought against someone by a prosecutor. But in an indictment, a grand jury brings the charges against the defendant.  All indictments are charges, but not all charges are indictments.

Let's break that down.

For example, somebody could be charged with a crime -- like assault or a DUI -- but that wouldn't call for a grand jury. Instead, prosecutors could charge somebody with a misdemeanor, or a crime that doesn't trigger a grand jury.

Cases that do require grand juries are all federal cases and capital federal cases. Most states require them for serious felony cases as well.

"If a case is brought as a felony, you need a grand jury to indict the person," Jeff Jacobovitz said. "If it's a misdemeanor, then there's generally just criminal information that's issued. And you do not need a grand jury or the citizens to vote on it."

When a person is indicted, they are given formal notice that they are believed to have committed a crime, along with detailed explanations of the charges against them.

So when is a grand jury used?

A federal grand jury can be made up of all sorts of people, typically consisting of 16- 23 members. The jurors listen to the prosecutor of the case and the witnesses, and then they'll vote on whether or not they think there's enough evidence to actually charge the person with the crime.

Do all states use grand juries?

Some other recent high profile cases, like the indictment against an officer involved in the death of Breonna Taylor, have led to people asking the same question.

"That was a state charge that was taken to the grand jury for the possibility of a felony indictment," Jacobovitz said.

So we can Verify that yes, there is a difference between charges and indictments -- it just depends on who is filing the charges.

RELATED: VERIFY: Here's what 'wanton endangerment' means and what the charge entails