No, recycling symbols on plastics do not mean an item can always be recycled

There are a total of seven resin codes and each number signifies a different category of plastics. But does that mean they can all be recycled? 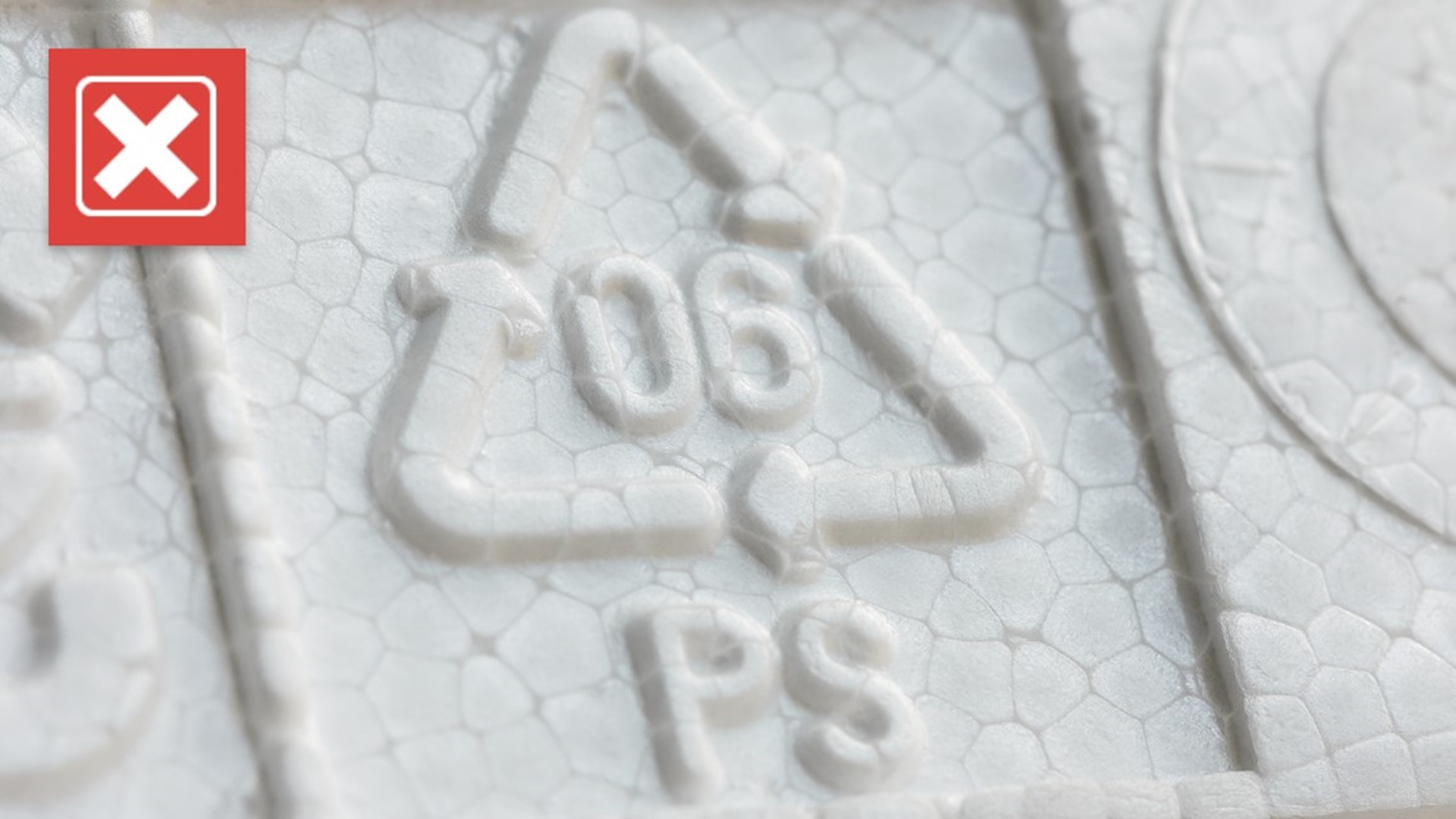 In a 2019 survey conducted by the Consumer Brands Association on what they labeled the “broken recycling system in America,” 68 percent of respondents said that they assumed any product with symbols featuring all seven of the different recycling codes meant the item could be recycled.

But when you throw a plastic container into the recycle bin, will it automatically have a chance at another life? The VERIFY team digs into what the recycling symbols really mean.

Do recycling symbols on plastics mean an item can always be recycled?

No, recycling symbols on plastics do not mean an item can always be recycled.

In 1988, the Society of the Plastics Industry, Inc. (SPI) — now known as the Plastics Industry Association — developed the Resin Identification Code (RIC) system. There are a total of seven resin codes and according to Oceana, each number signifies a different category of plastics. The nonprofit ocean conservation organization says the system was originally designed to tell recycling facilities what type of resin can be found in any given object.

ASTM International, one of the world’s largest international standards developing organizations, says on its website that Resin Identification Codes (RIC) are not “recycle codes,” and according to Kara Pochiro, who serves as the vice president of communications and public affairs at The Association of Plastic Recyclers, a RIC code on an item does not necessarily mean that the material is recyclable.

“When you say recycling symbols, I think that you're talking about the Resin Identification Code — you're talking about the numbers that are often surrounded by either a triangle or the recycling chasing arrows,” said Pochiro. “That is a very common misconception that that's actually a recycling symbol, but it's not, it is a Resin Identification Code. That means what type of plastic that material is made out of.”

Pochiro tells VERIFY that the most commonly recycled plastics fall into category “1,” which includes water bottles and soda bottles that are made out of polyethylene terephthalate (PET or PETE), and category “2,” which includes laundry detergents, some shampoos, conditioners, and other kitchen and cleaning products that are made out of high-density polyethylene (HDPE).

Credit: The Association of Plastic Recyclers

According to the Consumer Brands Association, many of the people who responded to their 2019 survey were confused about what the seven different recycling symbols actually meant and represented. They said when people were asked to identify a set of four recycling symbols, including the universal recycling symbol known as the “Mobius Loop,” less than half got even one correct.

“I think one big reason that there's a lot of confusion with recycling is the recycling programs across the United States are not standardized,” said Pochiro. “In some areas, they don't do recycling at all, unfortunately, and then in other areas, they might only collect ones and twos.”

“I think there is an assumption that many of us have about what recycling is and then there’s the reality of what recycling is — the two are different,” said Littlejohn. “Most plastic is not recyclable, and a lot of the plastic that we put in the bins aren't recycled. Basically, what's happening when you put it in the bin, it's going to end up going in the landfill.”

The Consumer Brands Association says thousands of counties and municipalities across the U.S. set their own recycling rules. To find out which plastics are recyclable where you live, the best thing to do is check with your local recycling center.

More from VERIFY: No, NASA did not say the main cause of tidal flooding in 2030s will be the moon’s ‘wobble’