VERIFY: Jon Ossoff was not endorsed by Communist Party USA or funded by Chinese government

11Alive's Verify team is digging into claims against all four Senate runoff candidates. Here's what we found when fact checking claims against Jon Ossoff. 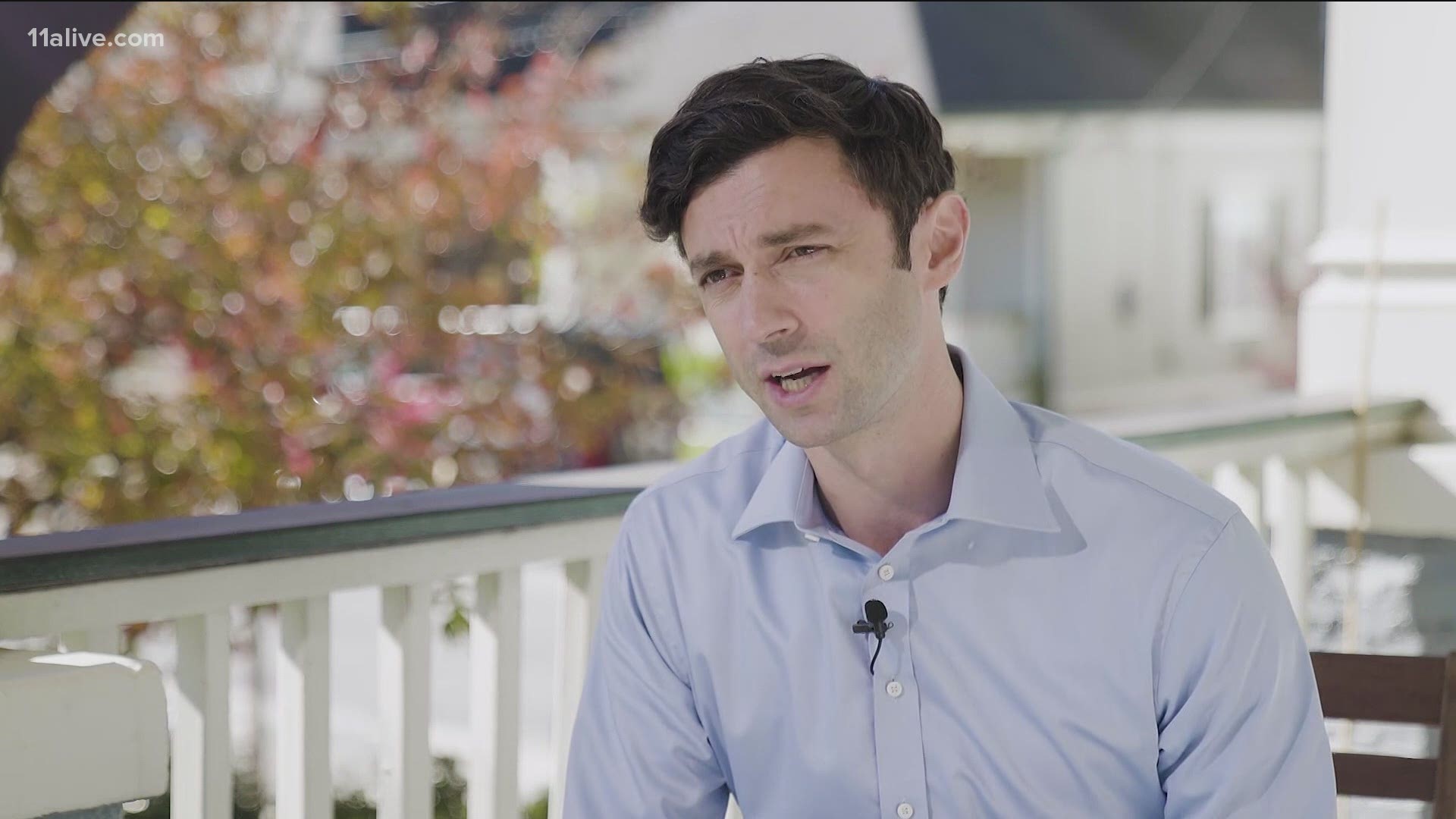 ATLANTA — 11Alive's Verify team is focused on separating fact from fiction. We are taking a closer look at the claims against all four Georgia Senate runoff candidates ahead of election day.

One of the most common claims in Senator Perdue's political ads against Ossoff is regarding his alleged affiliation with the Communist Party USA and the Chinese Government.

Here's what we found when we fact checked the claims.

Was Jon Ossoff endorsed by the Communist Party USA and funded by the Chinese Government?

No, both claims are false. Jon Ossoff was not endorsed by the Communist Party USA, nor is he funded by the Chinese Government.

"One thing he can't lie about... his endorsement by the Communist Party," a Perdue advertisement said.

When fact checking this claim we went directly to the source. When speaking with the Communist Party USA, we were told the claim is wrong.

As for the claim about Ossoff's business ties to the Chinese Government. Senator Perdue's ads point to a business transaction from Hong Kong.

Although the business transaction did take place, the company in question is a public company who paid for licensing of a documentary from Ossoff's company.

Jon Ossoff is the CEO of the media production company, Insight TWI.

According to United States Senate financial disclosures, Insight TWI received up to $5,000 from PCCW Media Limited, based in Hong Kong, for licensing on an ISIS war crime documentary. Insight TWI said they received specifically 754 pounds and change, which is $1,010.87.

This was not originally disclosed in Ossoff's May financial statement, but was updated later to include the transaction.

A spokesperson for Insight TWI explained to 11Alive they license film for distribution, allowing them to air on television stations based in 33 countries, including China.

"We produce undercover anti-corruption investigations -- of war crimes and investigations of human rights abuses," Ossoff said in an interview with 11Alive.

We also reached out to PCCW who said in a statement, "As part of its free TV English channel broadcast, ViuTV (a domestic free TV service of PCCW Group) had a bulk deal for licensing documentary programming.”

When asked about the claim they're funded by the Chinese Government, they said, "PCCW is a publicly listed company.”

So we can Verify both these claims are false. Jon Ossoff is neither endorsed by the Communist Party USA nor is his campaign funded by the Chinese Government.

Have a question or a claim that needs a closer look? Send us an email at Verify@11Alive.com.