As we continue to fact check claims against all four Senate runoff candidates, here's what we can verify on the stock trading claims against Loeffler. 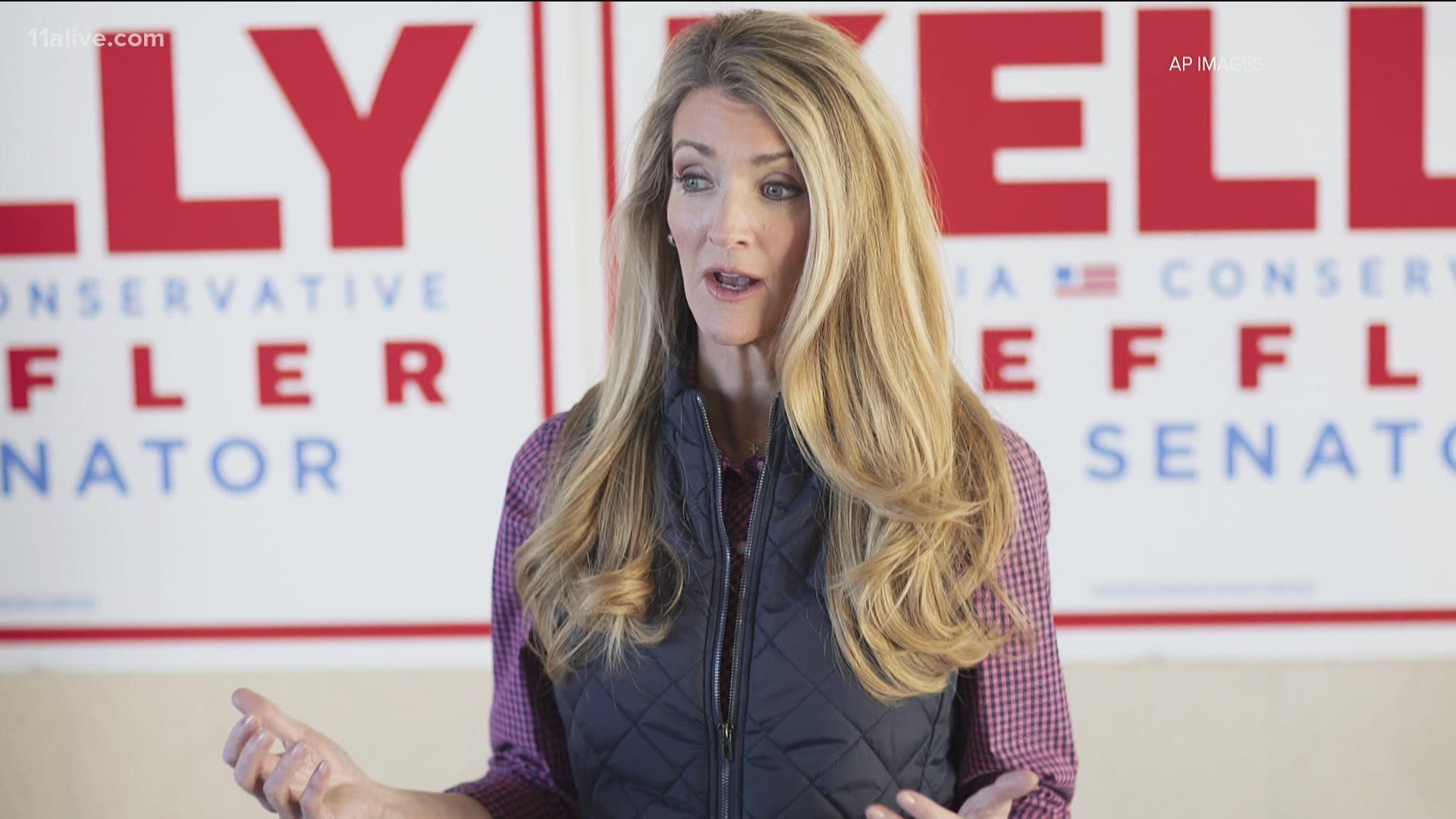 ATLANTA — During much of her campaign, U.S. Sen. Kelly Loeffler's personal stock trades have been under tight scrutiny.

Political ads have claimed that the Republican incumbent sold stocks after receiving information during a private Senate briefing at the beginning of the COVID-19 pandemic.

Our 11Alive Verify team is looking at claims against all the candidates in the two Georgia Senate Runoff races.

"Both Democrats in the U.S. Senate races claim their opponents sold/purchased stock based on a private meeting where they were the first to learn about the Pandemic. Did our senators trade or have someone trade on their direction based on this inside information," asked 11Alive viewer Jay Zandman.

Here's what we found when verifying the claims made about Kelly Loeffler's stock trading.

A campaign ad from Democratic opponent Rev. Raphael Warnock makes several claims about the timeline of Sen. Loeffler's stock trades. We can verify some of the claims are true, but some are false.

Let's break it down by claim.

"January 6, billionaire Kelly Loeffler is sworn into office and over the next 18 days doesn't make a single stock transaction," claims the ad.

We can verify the 18-day, no-trading claim is TRUE.

Kelly Loeffler was appointed by Georgia Gov. Brian Kemp in December 2019, after Republican Johnny Isakson stepped down for health reasons. According to public financial disclosures, Loeffler and her husband didn't move stocks for 18 days after she was sworn into office on January 6.

But as for the claim that Kelly Loeffler is a billionaire, we can verify that is FALSE. Multiple sources, including Forbes, list Loeffler and her husband's combined net worth at $800 million.

"Then, Loeffler receives a confidential briefing on the threat of coronavirus and immediately begins dumping stocks. As Kelly Loeffler downplays the threat publicly, she makes sale after sale, getting rid of $3.1 million before the market crashes," the Warnock ad went on to claim.

On January 24, Sen. Loeffler tweeted about receiving a briefing from the president's top health officials on the coronavirus outbreak.

Appreciate today’s briefing from the President’s top health officials on the novel coronavirus outbreak. These men and women are working around the clock to keep our country safe and healthy. #gapol https://t.co/5866TrrEFc

The ad claimed Loeffler immediately began dumping stock totaling $3.1 million before the market crashed. Loeffler's filings show 27 stocks were sold between the day of the meeting and a mid-February market crash.

Senate financial filings only list ranges for transactions, and the range of Loeffler's transactions add up to between $1.3 million and $3.1 million.

"I'm informed only after those trades are made," Sen.Loeffler said during an interview with Fox News. "I have nothing in terms of a say in what buys and sells are executed, what that timing is."

A copy of Loeffler's disclosures provided by her campaign, show notes given to the Senate Ethics Committee that read, "Transactions notified to filer on or after February 16, 2020."

This means that Loeffler wouldn't have known of stocks being bought or sold between her leaving the Senate meeting in January and the market crash in February.

So, we cannot verify the claim that after a private Senate coronavirus briefing, Loeffler personally dumped stocks totaling $3.1 million.

Loeffler and multiple other senators were investigated for claims they used insider information following the January coronavirus briefing. In May, the Department of Justice dropped the investigation against Loeffler.

Her campaign called that an exoneration.

In April, Loeffler wrote a commentary in the Wall Street Journal and said to end any distractions, she would be selling off all individual stocks and transitioning to mutual funds. Loeffler's financial disclosures do show 92 stocks were sold in April.

She stopped short of saying she would use a blind trust, something her predecessor, Johnny Isakson did during his tenure in the Senate.

During the December 6 U.S. Senate debate with Warnock, a moderator asked Loeffler if senators should be allowed to trade stocks.

Her response did not answer the question that was asked.

So, to answer Jay's question, we cannot verify if Loeffler, or someone she directed, dumped stocks using inside information.

Looking back, we can verify that Loeffler has since stopped trading individual stocks and the investigation into her trades was dropped.

Leading up to Georgia's Senate Runoff race on January 5, 11Alive's Verify Team will continue fact-checking claims made against all four candidates. Download the 11Alive app for all the latest.