VERIFY: Yes, Atlanta's historic Krispy Kreme is being demolished, but will be back

Permits have been filed with the city of Atlanta to demolish the Krispy Kreme on Ponce. A spokesperson with the company says they will rebuild. 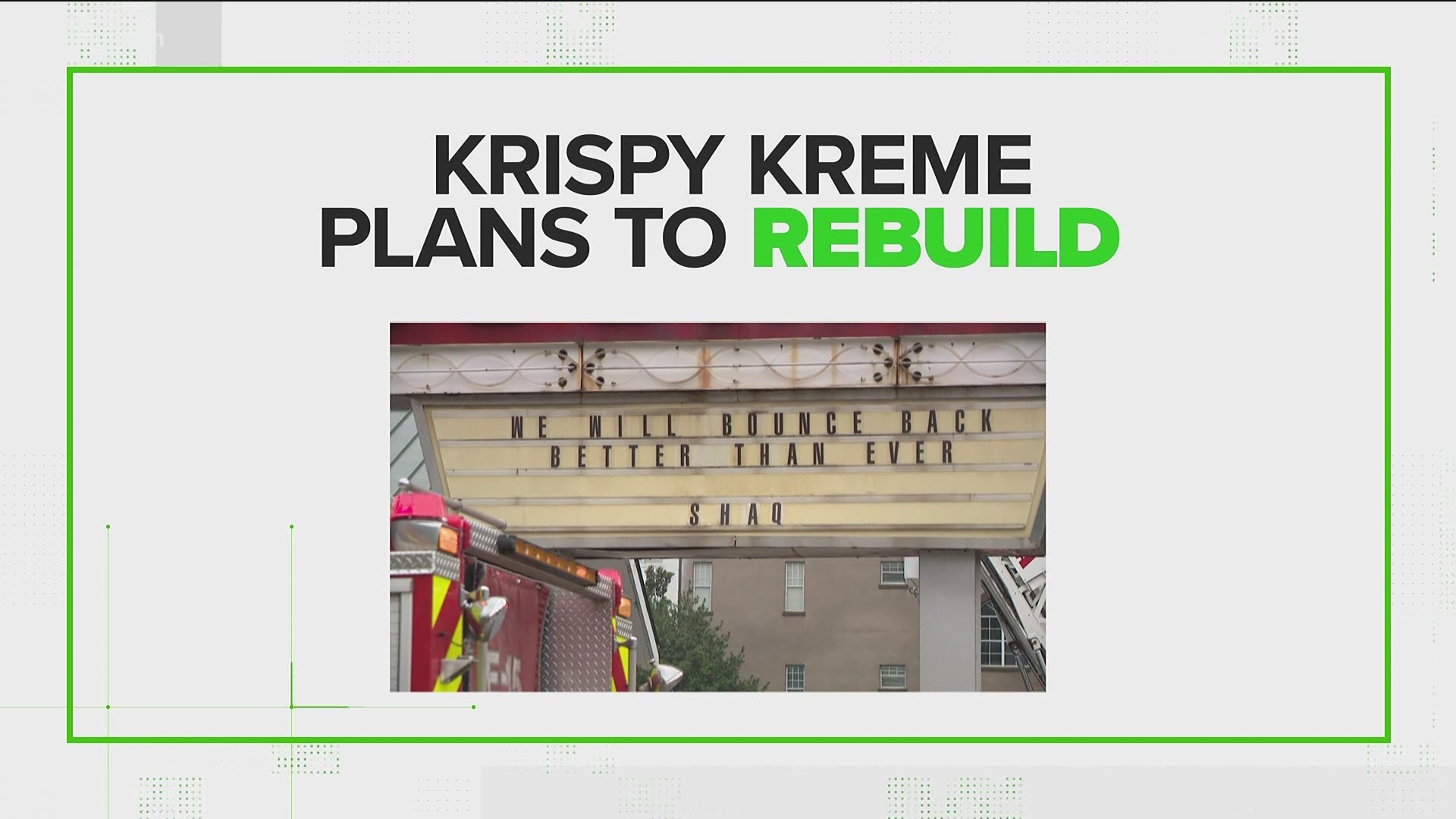 ATLANTA — A historic doughnut shop in the heart of Atlanta has had a rough year after two fires shut down the popular business.

After much speculation about the future of the shop, 11Alive has answers.

Is the Krispy Kreme on Ponce being demolished?

Who owns the Krispy Kreme now?

Yes, demolition permits have been filed with the city. But a spokesperson with Krispy Kreme told 11Alive they intend to rebuild and they will "be back and sweeter than ever."

Shaquille O'Neal is still the owner of the historic donut shop in Old Forth Ward, according to a Krispy Kreme spokesperson.

Permits were filed in the City of Atlanta to demolish the building. A spokesperson told 11Alive that it is still pending a review.

A Krispy Kreme spokesperson said the speculation about not rebuilding the site is inaccurate.

"As Krispy Kreme and Shaquille have said since the first fire, the plan is to rebuild as soon as possible … and be back better and sweeter than ever, serving delicious doughnuts and providing an awesome doughnut experience to everyone in the neighborhood and those who visit," the spokesperson said.

They went on to say they will be "constructing a new Ponce shop, including efforts to retain and refurbish some of its original elements," such as its historic sign.

Basketball legend and media personality Shaquille O'Neal bought the store in 2016. Before O'Neal, the business was owned by baseball trailblazer Hank Aaron.

Krispy Kreme on Ponce de Leon Avenue opened more than 60 years ago, the same year as the Atlanta Fulton County Stadium in 1965. It was one of the first Krispy Kreme locations established outside the young company's main bases of operation in Winston-Salem, N.C. and Nashville.

Just after 1 a.m. on Feb. 10, a massive fire ripped through the shop. Videos and pictures showed the back part of the building engulfed. Investigators ruled that fire as arson.

The Krispy Kreme spokesperson has yet to release details on the timeline of reopening, but says they will.

"As we and Shaquille have said since after the first fire, our plan is to rebuild as soon as possible … and be back better and sweeter than ever, serving delicious doughnuts and providing an awesome doughnut experience to everyone in the Ponce neighborhood and those who visit. We are in the process of applying for necessary permits to enable demolition of the site, which is the first step toward constructing a new Ponce shop, including efforts to retain and refurbish some of its original elements such as our historic sign. We know how much the local community loves the shop and that love is absolutely mutual. We pledge to keep the community informed as we embark on the path to turning back on our legendary glazer and Hot Light at Ponce and return to sharing awesome doughnuts and lots of joy there."

Iconic Atlanta Krispy Kreme on Ponce goes up in flames