VERIFY: Why do we need specific porch pirate laws? 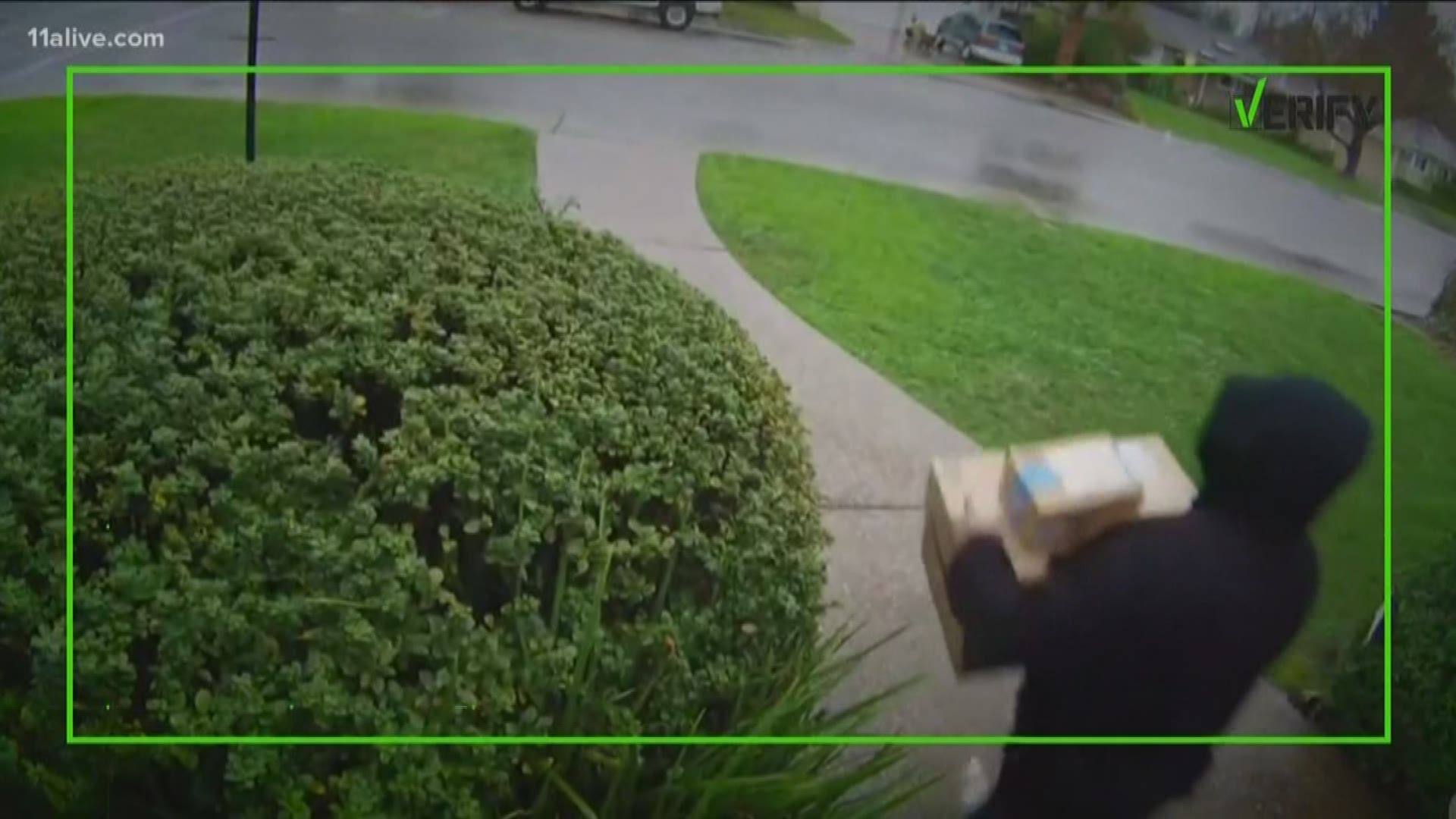 ATLANTA — Before we know it the holidays will be here, which means peak season for porch pirates.

Texas is tackling the crime with new laws targeting the thieves with a felony charge, but the state's announcement left some on the 11Alive Facebook page confused: "I always thought stealing mail was a felony?"

The 11Alive Verify team confirmed that mail tampering and theft is covered under Title 18 U.S.C. Section 1708, but we turned to attorney Meg Strickler for specifics on what the federal law covers.

"When you think of United States Postal Service, that's federal," Strickler said. "That is mail theft and you can be convicted at the federal level."

However, there are lots of other delivery services - FedEx, UPS, Amazon - that don't fall under federal protection.

"All the private companies… they're mailing so many things these days we're living by the internet," Strickler said, adding that the technology is sometimes ahead of the law.

And that's where porch pirates take advantage. In Georgia, stealing packages is typically covered under the state's "theft by taking" statute.

"It's a misdemeanor for the most part, and in Georgia, it's 'theft by taking.'"

The penalty for Georgia's "theft by taking" law could be elevated to a felony, depending on the value of item stolen. But stealing packages from private companies does not fall under the same federal law as tampering or stealing mail from U.S.P.S.

"Again, it means the federal system so it goes under federal courts," Strickler said. "Everything else is going to be state law unless you're stealng lots and lots of stuff and selling it again and it's a big fraud scheme then it goes back federal again."

VERIFY: Can breast milk be used as a home remedy?

VERIFY: Does washing your hands remove all germs?